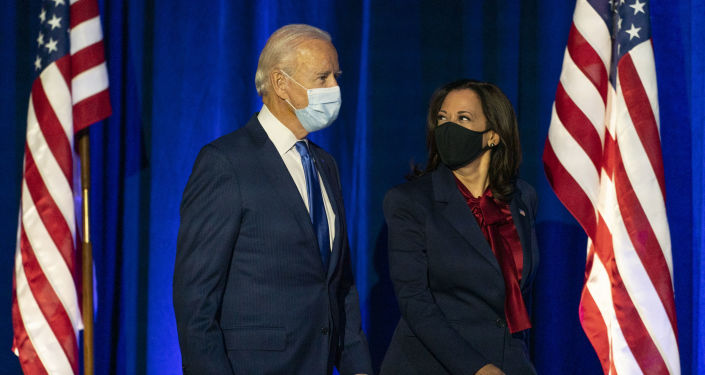 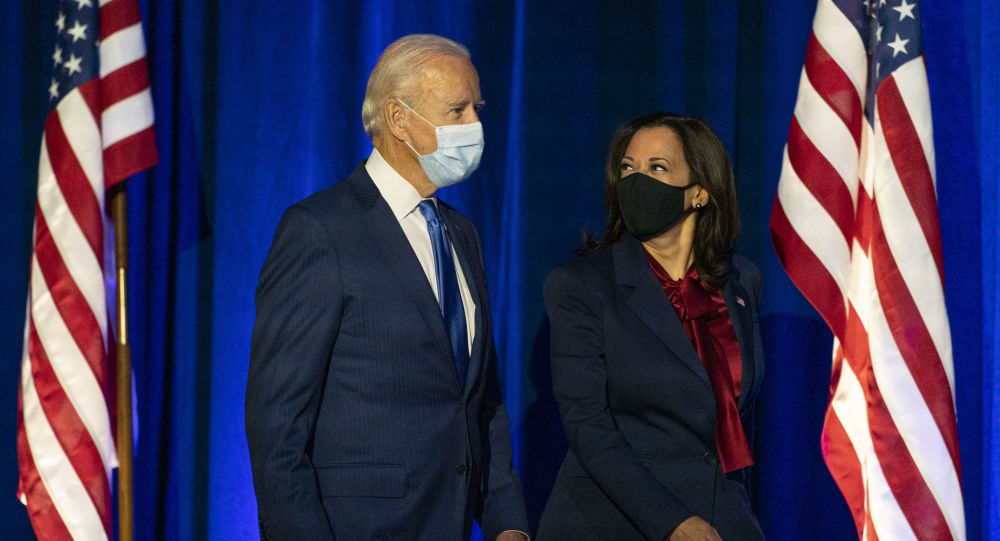 Despite that the US presidential race has not yet been officially called, many world leaders have extended their congratulations to Democratic candidate Joe Biden, who is projected to win the US election.

Celebrities from across the world have joined several countries’ political leaders to congratulate Democratic presidential candidate Joe Biden on his projected victory in the race for the White House against the incumbent President Donald Trump.

Without waiting for official results of the presidential race – as there are still some votes to be counted – singers, actors and other media figures took to social media to express their happiness about Diden’s projected win, alongside his running mate, Kamala Harris.

Artists praised Biden for being “civil and compassionate”, encouraging him to start working with the issues of climate change, education and healthcare. Regarding Harris, celebrities particularly expressed their inspiration about her potentially becoming the first female vice-president.

The world is in the hands of someone civil and compassionate.
Now it’s time to clean up the environment, provide quality education and health services to all. We all have to do our part, but the groundwork is laid.
Now a little dance with my kids to celebrate! pic.twitter.com/xyWnaZrXqk

​Lady Gaga, one of Biden’s most loyal celebrity supporters, was among the first to join the congratulatory wave.

. @JoeBiden @KamalaHarris and the American people, you just gave the world one of the greatest acts of kindness and bravery humanity has ever seen. ❤️ 🙌🙌 nothing but love for our new Commander in Chief and the 1ST female VP elected to the White House. Also, way to go PA 😭❤️ pic.twitter.com/uXiMTWs6Hk

This is a good day for the country we love. Congratulations to @JoeBiden & @KamalaHarris and thanks to the lifelong Republicans whose conscience would not permit this to go on. May God bless America.

I’m actually a little bit shaky with relief. Nothing has made me feel sustained anxiety & dismay for this long other than loved ones being seriously ill. That’s how this felt, except the sick loved one was America & I feel like we just got the news that she’s going to recover ❤️ pic.twitter.com/3DoHtBrUtT

Congratulations to President-Elect Biden and Vice President-Elect Harris! Thank you for choosing to serve your country during these challenging times. pic.twitter.com/PEEPFexKFF

As a woman, and as a mother, today’s news makes me immensely proud.

I can look at my kids and finally tell them they live in a country that has chosen character and humanity over hate. #BidenHarris2020

​Actress Kerry Washington, who once starred in a political TV show “Scandal” as Olivia Pope – someone who was actively working with the fictional White House top officials – saluted to Joe Biden and Kamala Harris.

The people have spoken! Thank you to everyone who used your vote and your voice to make history. PRESIDENT Joe Biden and VICE PRESIDENT Kamala Harris pic.twitter.com/EdWQc5rpYD