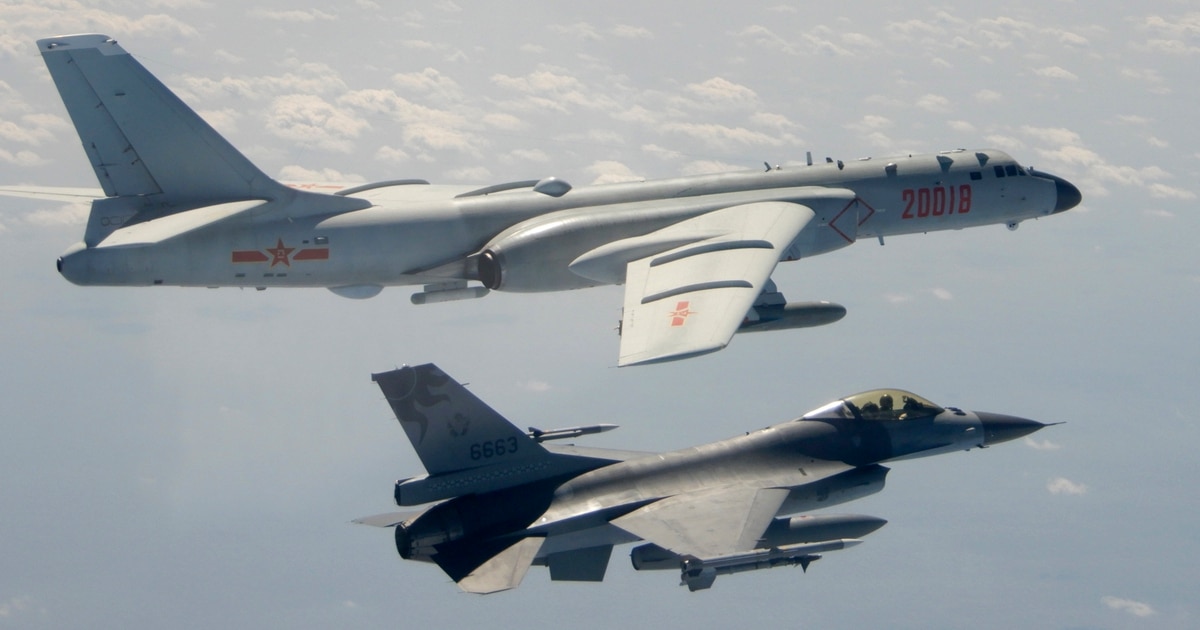 WASHINGTON — The United States should step up with “consistent arms sales” to Taiwan in order to deter Chinese aggression in the Pacific, the head of U.S. Indo-Pacific Command said Thursday.

“And I would say, you know, for the greater U.S. government — consistent arms sales to Taiwan to help in this deterrence strategy is critically important. And again, that takes a balance to capabilities to go to them.”

Davidson’s comments came as he starts a tour of Washington to make the case for funding the Pacific Deterrence Initiative, which is seeking $4.6 billion in fiscal year 2022 and $27 billion through 2027 to build up capabilities in the INDOPACOM region. Part of that funding involves reinforcing ties between the U.S. and its partners and allies in the region.

For military planners, Taiwan remains a major potential flashpoint in the region, with U.S. intelligence analysts saying in 2019 that the Chinese military is getting closer to the point it may feel it can successfully invade Taiwan. Both the U.S. and China have stepped up activity around Taiwan in recent months, with Davidson expressing concern about recent activities from China.

“In and around Taiwan over the last several months we’ve seen an uptick in air activity from the PRC, that includes bomber flights, to fighter flights, reconnaissance aircraft, maritime patrol aircraft, even going so far as to repeatedly penetrate the Taiwan air defense identification zone,” Davidson said.

“I’m deeply concerned about the next six years, but certainly the course of this decade as well. You know, given the changes in capacity, the numbers of fighters, bombers, ships, as well as the capability change there when it comes to the PRC — when I look back at the turn of the century here, Taiwan exceeded China’s capability and capacity numbers. That is no longer the case.”

China recently announced a 6.8 percent increase of its defense budget for the next fiscal year, boosting military spending to $208.5 billion.

Since the start of fiscal year 2017, the U.S. government has approved 20 Foreign Military Sales cases for Taiwan, potentially worth an estimated $18.3 billion. While that includes packages of both F-16C/D models and Abrams tanks, the majority of the FMS cases have involved missiles. The most recent tranche, approved by the State Department in October, would allow Taiwan to not only counterstrike in the event of a Chinese ballistic missile but also disrupt a potential Chinese invasion by striking ports, air bases and other military targets across the Taiwan Strait.

“The sale of arms to Taiwan in recent years has helped to bolster their high-end air and maritime capabilities while introducing valuable asymmetric systems into their force,” Eric Sayers, a visiting fellow at AEI who hosted the event, told Defense News.

But, Sayers said, “I think the project for the coming years should focus on completing delivery of these systems while also standing up a robust bilateral training program and expanding senior officer engagement. The INDOPACOM J2, J3 and J5 should be regularly engaging their counterparts in the ROC military, including traveling to Taiwan annually.”

During the event, Sayers raised the issue of increased engagement with Davidson, who noted those conversations have two-way benefits.

“Capacity and capability, how they intend to fight if they were called upon — we have to have that understanding in order to fulfill the fight and win rubric,” Davidson said. “You know, that’s part of every combatant commanders portfolio. But more importantly, having that understanding and providing the assistance that helps them deter, I think, on a day-to-day basis is critically important.”

How to see how much memory is in your computer