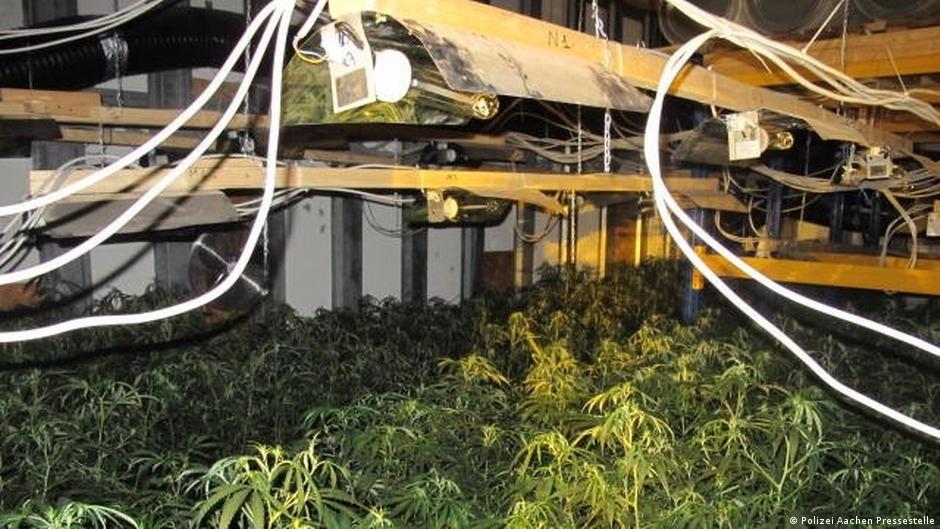 An investigation of illegal cannabis plantations in Germany’s Rhineland region has taken on “extraordinary dimensions,” police and prosecutors in the western city of Aachen said on Wednesday.

Since mid-October, authorities have uncovered a total of three professionally operated plantations, along with large quantities of weapons and ammunition.

In all, 11 suspects had been arrested, they said.

During the first two raids on October 19, investigators found one plantation in the city of Euskirchen and another in Herzogenrath, near Aachen. 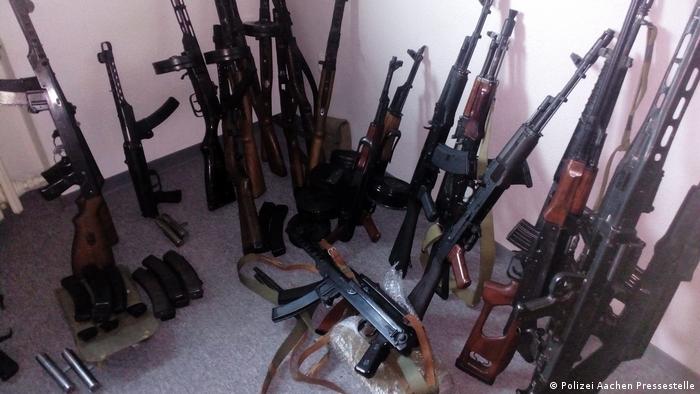 The weapons found included some reserved for military use

According to a police statement, the plantation in Euskirchen contained 2,300 mature marijuana plants and 2,000 cuttings. Police also found around 1,000 weapons, weapons parts and ammunition at the site.

The securing and transport of the weapons took several days, even with the help of colleagues from other police forces, the statement said.

Taken together, the two plantations would have yielded cannabis with an estimated street value of €1.5 million ($1.8 million), police said.

A third plantation was found in Titz, near the Rhineland city of Düren, at the end of October.  Some 1,600 mature cannabis plants were growing there, police said.

The ongoing investigation has so far examined 25 properties and buildings, according to police.

One of the 11 arrests took place in Hungary, where a 34-year-old man in possession of false papers was detained on suspicion of connections to the Euskirchen plantation. He is in detention pending extradition, police said.