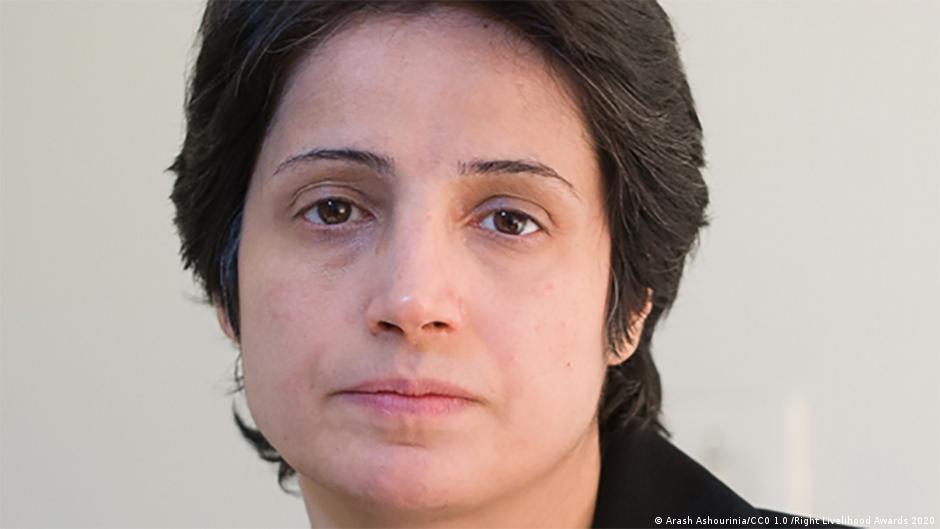 Nasrin Sotoudeh is a political prisoner in the notorious Evin Prison in Tehran and earlier this year went on a two-month hunger strike to highlight her own plight.

The letter, along with a video message and the social media campaign #StandUp4Nasrin, comes just days after Iranian authorities released Sotoudeh for a temporary medical leave.

Imprisoned since June 2018, Sotoudeh’s health has deteriorated rapidly in the past months. And this week, her husband Resa Chandrin wrote on Facebook his wife had contracted the coronavirus while in prison.

The letter, along with a video message and the social media campaign #StandUp4Nasrin, comes just days after Iranian authorities released Sotoudeh for a temporary medical leave. Imprisoned since June 2018, Sotoudeh’s health has deteriorated rapidly in the past months.

“We express our full solidarity with Ms. Sotoudeh, and we will continue to stand by her and all other human rights defenders pursuing the respect of fundamental freedoms for all Iranians,” the parliamentarians wrote.

Acknowledging her current temporary release, German parliamentarians join the Right Livelihood Foundation in demanding that Iranian authorities free Sotoudeh permanently and drop all charges against her.

Given Sotoudeh’s precarious health condition, they also call for providing her with the medical care she needs.

Lastly, the open letter also urges Iran to guarantee that all human rights defenders are able to carry out their activities without fear of reprisals.

In a video released alongside the open letter, parliamentarians call for international support for Sotoudeh, urging everyone to “Stand up for Nasrin.”

The online campaign launched by the Right Livelihood Foundation in coordination with PEN America, using the hashtag #StandUp4Nasrin, is meant to gather support for Sotoudeh around the world.

On October 1, she was named one of the 2020 Right Livelihood Laureates “for her fearless activism, at great personal risk, to promote political freedoms and human rights in Iran.”

Robots are joining the fight against coronavirus in India

Less inflammation with a traditional Tanzanian diet than with a Western diet: Study…