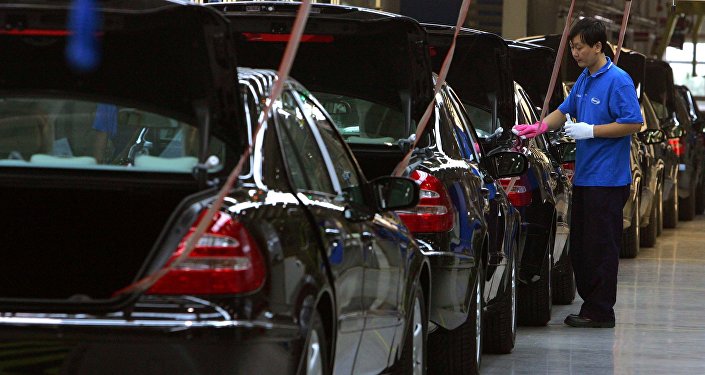 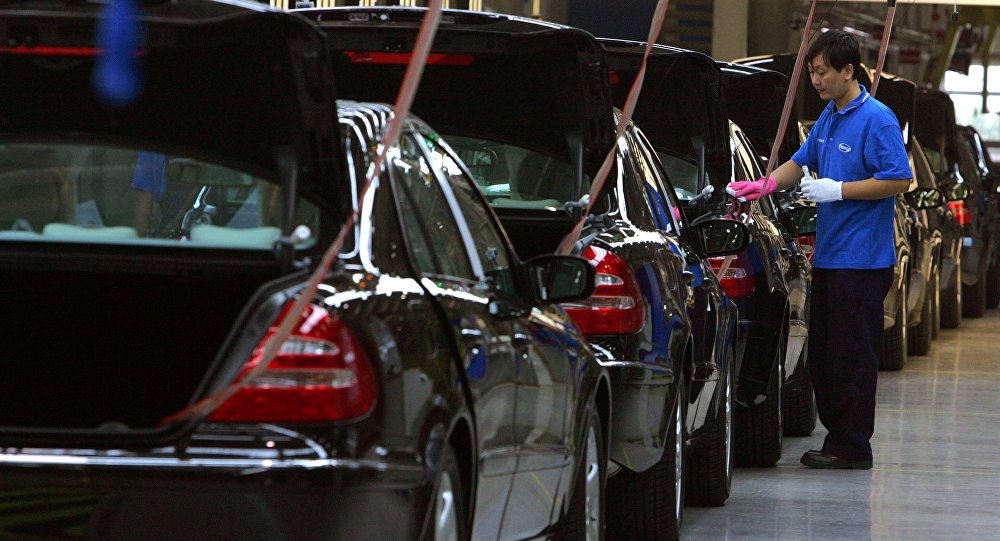 Germany recently launched a campaign aimed at encouraging businesses to explore diversification from China, with Chancellor Angela Merkel and her economics minister suggesting that businesses could expand their Asian market.

Despite Chancellor Angela Merkel’s government aspiring to diversify trade relations, whittling back its dependency on China, German industry is on course to deepen ties with Chinese companies as the Asian giant shows signs of rebounding faster from the COVID-19 pandemic than other countries, reports Reuters.

Millions of euros are to be invested in new factories in China by industrial robot-maker Hahn Automation over the next three years.

“If we want to grow with the Chinese market, we have to manufacture on the ground,” Chief Executive Frank Konrad was quoted as saying.

As he underscored the ambitious plans of the company to elevate sales from the current roughly 10 percent, he lauded the drive to invest in China, targeting what Beijing views as a strategic sector.

Other German companies are reportedly similarly positioned to capitalise on the economy that emerged out of coronavirus earlier due to its more stringent measures adopted to curb the spread of the disease.

“We clearly notice that China has come out of the crisis with force,” said Kiesewetter.

He added that several years ago China had emerged as UST’s biggest export market outside the European Union, accounting for 15 percent of sales.

“Without China, our business in the third quarter wouldn’t have been so good. So there is no doubt that we’re better off thanks to China.”

Data from the Federal Statistics Office cited by the outlet shows that China has come close to the US as a dominating destination for German exports by value, and overtook France in this category in the first nine months of 2020.

Foreign direct investment (FDI) into the Chinese mainland, in actual use, expanded 18.3% YoY to RMB81.87 bln in October, the Ministry of Commerce said today. It marked the 7th consecutive month for China to witness positive growth in FDI. In first 10 months, FDI went up 6.4% YoY. pic.twitter.com/LbllzWPjeA

​Citing the latest trade and growth trends, a senior official suggested China was hitting its stride, likely to outstrip the United States in export value destination by the end of the year.

As most of the stalling global economy has been struggling to ward off fresh impact from resurging coronavirus waves, China, with the pandemic seemingly under control and society getting back to normal, is cited by experts as increasingly embracing innovation and the pre-existing digitisation to reinforce economic growth.

China reported third-quarter GDP growth up 4.9 percent from a year ago. For the first three quarters of the year, growth stood at 0.7 percent year-on-year, according to data released on 20 October by the National Bureau of Statistics.

In September, China’s imports and exports grew quickly, with imports increasing 13.2 percent and exports rising 9.9 percent from the previous year.

Residents walk past a retail and office district with a screen showing propaganda which reads “Go China! Go Wuhan” as businesses slowly restart in Beijing on Sunday, March 8, 2020. As China’s coronavirus cases and death steadily falls, authorities are trying to restart its businesses and factories after a virtual shutdown which has had a ripple effect affecting the global economy.

As for China’s share of overall German exports, it soared to nearly 8 percent in the period from January to September, from roughly 7 percent a year earlier, Reuters cites data from the Federal Statistics Office as confirming.

China’s share of German imports has surged to more than 11 percent from below 10 percent.

Meanwhile, Germany is still reeling from a second wave of COVID-19, with its economy forecast to shrink by a record 6 percent this year, according to the International Monetary Fund.

With a projected expansion rate of 1.9 percent, China is anticipated to be the only major economy to report growth for 2020.

Chancellor Angela Merkel and her Economics Minister Peter Altmaier have been urging German companies to diversify and win new markets throughout the Asia-Pacific region, ostensibly to be less dependent on single supply chains, which the coronavirus pandemic has shown to be vulnerable.

However, a new survey from the Berlin-based Mercator Institute for China Studies (MERICS), shared by Reuters, showed that in at least a 100 product categories the EU has a critical strategic dependence on imports from China.

Germany’s Economics Minister had earlier suggested Singapore and South Korea as offering promising opportunities, with both suggested as having handled the pandemic relatively well and showing signs of regained economic strength.

A German official was cited by South China Morning Post as saying in summer:

“Germany does not aim to decouple with China. Rather, we would like to get a bigger pie in Asia, since we are currently very dependent on China when it comes to the Asian market.”

Analysis: While Trump sulks, Americans get sick and die