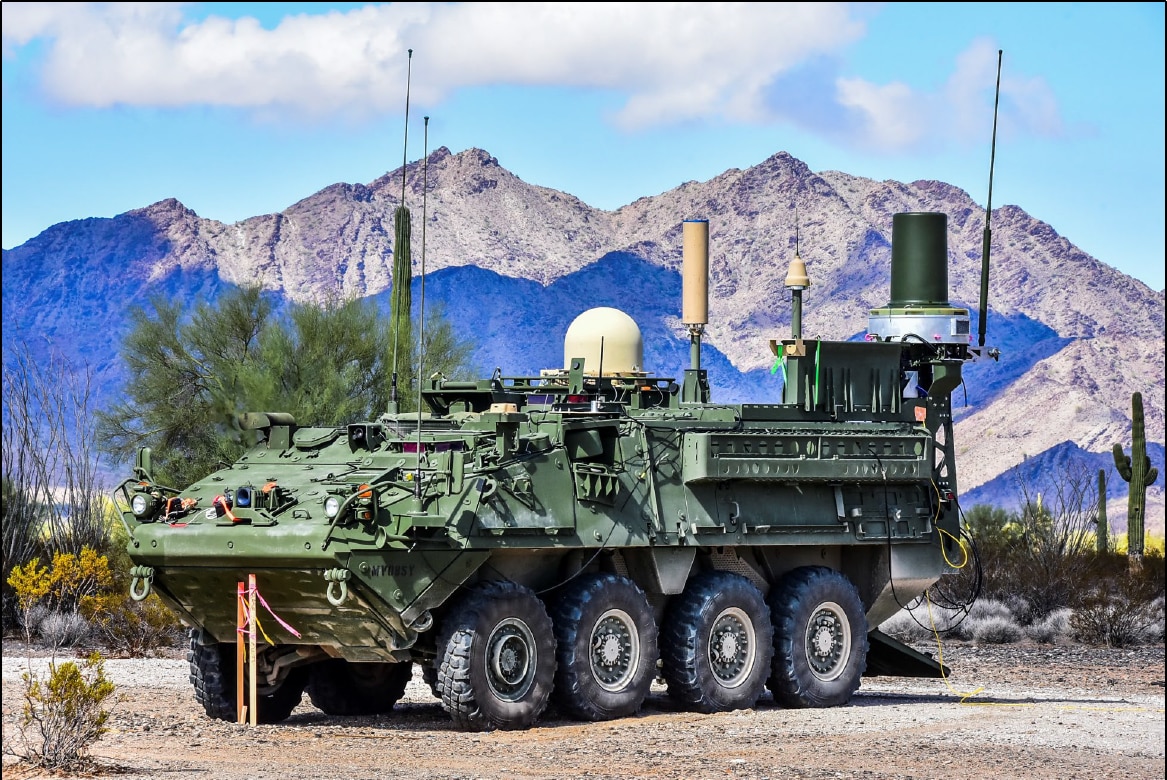 The system, which General Dynamics calls the Multi-Domain Operations Weapon System and the Army calls the Tactical Electronic Warfare System-Infantry Brigade Combat Team, or TEWS-IBCT, is the next evolution of a capability General Dynamics has provided the Army in the past.

The Stryker-mounted TEWS and its smaller Flyer-72 variant Tactical Electronic Warfare Light were deployed to soldiers in Europe as a quick-reaction capability and served as a prototype that helped inform the Army’s forthcoming Terrestrial Layer System-Brigade Combat Team. That system is the first brigade-organic, integrated signals intelligence, electronic warfare and cyber capability that is mounted on Strykers. Lockheed Martin and Boeing DRS were awarded initial demonstration contracts, and the Army is expected to pick a sole winner in the coming months.

TEWS-I is being tested for smaller vehicles and infantry brigades to provide them needed electronic warfare capabilities that are more mobile than those on larger vehicles. Specifically, it provides electronic sensing and electronic attack.

Forces would have had to generate power externally, either a generator or a trailer. General Dynamics, through internal research and development efforts, was able to figure out a way using existing power on Flyer-72s to generate enough power for the electronic attack portion. This was one of the reasons lighter units didn’t have an electronic attack capability.

Now, the key difference between TEWS and the Multi-Domain Operations Weapon System is the electronic attack portion using power from the vehicle. Under the new contract, General Dynamics will test those power measures with the new Infantry Squad Vehicle to outfit the system.

“We just had the vehicles dropped off. We’re going to have to see: What’s it going to cost the government? … Are we going to have to put an APU [auxiliary power unit] or a trailer or a generator to be able to deliver the effects that we get on vehicle here by up gunning, upgrading the alternator?” Morrison said.

General Dynamics is building six prototypes that the Army and its electronic warfare personnel can test and provide feedback on. Morrison noted the company wanted soldiers to be able to see the system during the TechNet show to provide insights on what might need to be tweaked or changed to improve the usability.

The system is platform agnostic, meaning it could transition to Strykers, for example, if the Army wants it for other vehicles.

General Dynamics believes the system has applicability for the Marine Corps and will pitch it to that service.