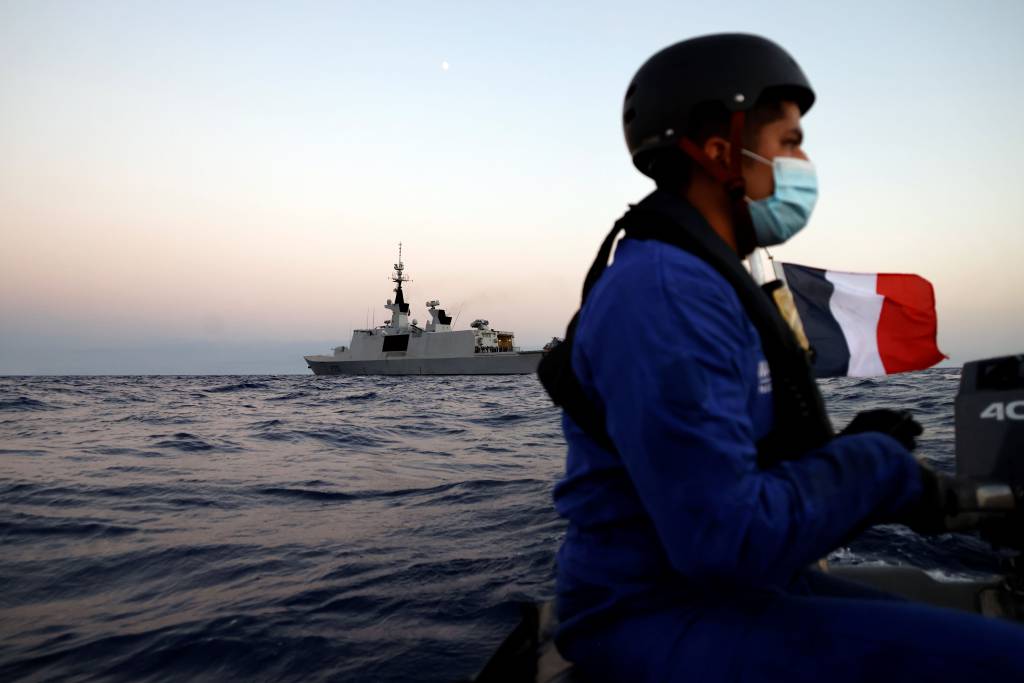 STUTTGART, Germany – Autonomous and remotely operated drones are at the heart of France’s ambitions to further explore and exploit the deep sea waters under a new seabed strategy release Monday.

The goal of the new strategy is to equip the French military with the ability to reach depths of 6,000 meters, or nearly 20,000 feet, said Minister of Defense Florence Parly in a press conference. “This makes it possible to cover 97 percent of the seabed and effectively protect our interests, including sub-marine cables,” she said.

By 2023, the military should have developed one AUV and one ROV to serve as initial surveillance assets and be used for testing and assessment purposes. A larger program is expected to be launched by 2025, Burkhard said.

Two existing programs will also contribute to Paris’ seabed strategy, including the future anti-mine warfare system known by its acronym SLAM-F, which aims to replace Navy divers with robots built by Thales and its partners Saab, ECV and ASV, by 2024. The British navy is also involved in the SLAM-F project, under the Franco-British Maritime Mine Counter Measures (MMCM) program.

The French military has adopted strategies in the past couple of years related to cyber and space security, and Parly sees the seabed strategy as a natural progression. The three relatively nascent “domains” are all ripe for competition, thanks to advances in unmanned technologies, she noted.

“Today, the emergence of drones and remotely operated robots – driven by the needs of industry [and] capable of carrying out operations that meet military objectives at a depth of several thousand meters – are transforming the seabed into a new space for strategic competition,” Parly said. The sheer immensity and opacity of the deep sea domain will make it difficult to characterize and attribute any actions that take place down below.

But Paris must be able to react to any such actions, and be capable of protecting the critical seabed infrastructure like the fiberoptic cables that carry 99 percent of the world’s digital data, she emphasized.

Mastering the seabed will also help protect military and industrial secrets, Parly said. She cited the recent crashes of a U.S. F-35 joint strike fighter in the South China Sea, and a British F-35 in the Mediterranean Sea, as proof “that the ability to search and recover a sensitive object from very great depths is not only a technical issue, but also a strategic one.”

France is well incentivized to “master” the sea bed. The nation has the largest exclusive economic zone in the world, owing to its many territories still spread across the world – from islands like Guadeloupe and Martinique in the Atlantic, to French Guiana on the coast of South America, to Tahiti and the rest of French Polynesia in the Pacific, to mainland France itself in Europe.

The seabed strategy is consistent with France’s 2030 investment plan, Parly noted. The Ministry of Defense will be supported by the nation’s recently reformed Ministry of the Sea, which has developed a strategy for the exploration and exploitation of mineral resources on the deep sea bed. Government officials have earmarked 650 million euros (U.S. $734 million) out of a COVID-19 economic recovery plan into the maritime sector.

Other nations have taken note of the seabed’s potential. China is leading the race to mine the deep seas for rare Earth minerals and crucial battery metals. Beijing holds five deep sea mining contracts, the most of any country.

Meanwhile, the United Kingdom highlighted the need to focus on undersea warfare in its 2021 Defense Command paper, albeit briefly. In it, the Ministry of Defence warned of Russia’s investment in “significant underwater capabilities, including deep-sea capabilities which can threaten undersea cables, as well as a torpedo capable of delivering a nuclear payload to coastal targets.”

The UK also declared its commitment to develop a new multi-role ocean surveillance ship over the next three years, equipped with remotely-operated and autonomous undersea drones to be used for data and information collection.