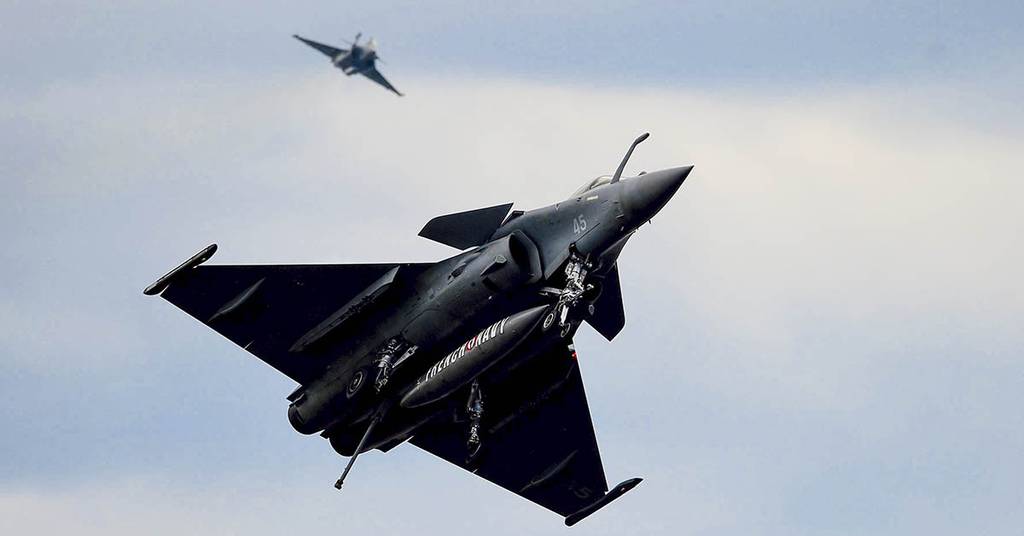 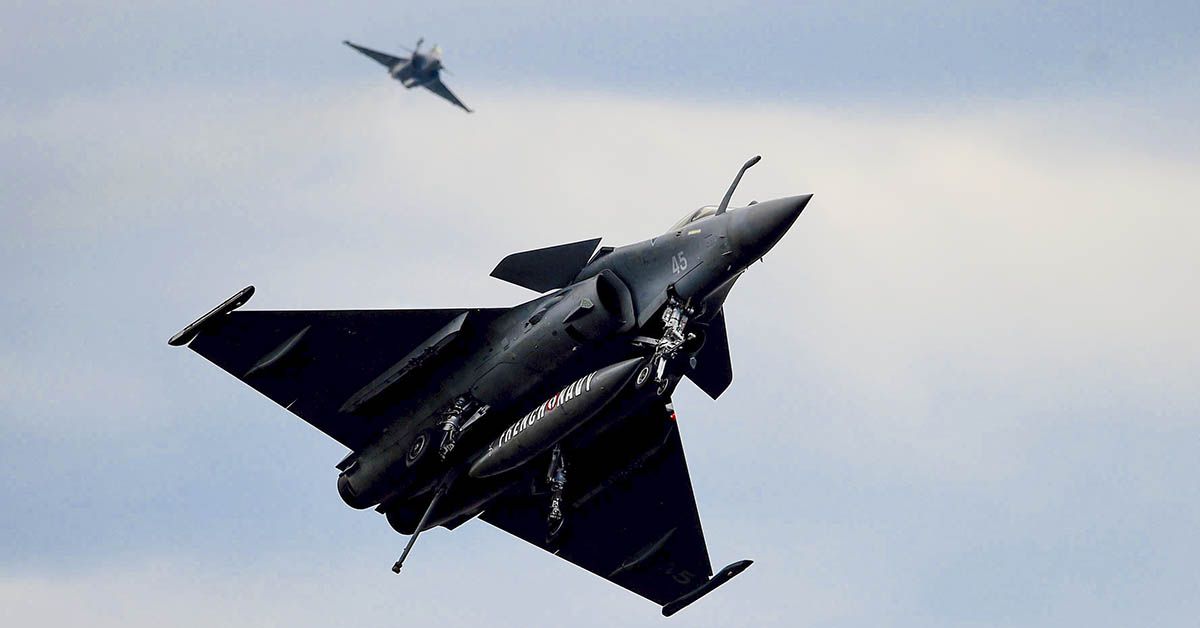 DUBAI, United Arab Emirates — France announced multibillion-euro deals Friday to sell fighter planes and combat helicopters to the United Arab Emirates, aiming to boost military cooperation with its top ally in the Persian Gulf amid their shared concerns about Iran.

The UAE is buying 80 upgraded Rafale fighters in a deal the French Armed Forces Ministry said is worth €16 billion (U.S. $18 billion) and represents the largest-ever French weapons contract for export. It also announced a deal with the UAE to sell 12 Airbus-built combat helicopters.

They offer a shot in the arm for France’s defense industry after the collapse of a $66 billion contract for Australia to buy 12 French submarines that ultimately went to the U.S. But the deals faced criticism by human rights groups concerned about the track record of the Gulf country and its allies in the region.

The UAE contracts were signed as French President Emmanuel Macron visited the country on the first stop of a two-day visit to the Persian Gulf. France and Gulf countries have long been concerned by Iran’s nuclear ambitions and influence across the region, particularly in Iraq, Syria and Lebanon.

France has particularly deep ties to the UAE, a federation of seven sheikdoms on the Arabian Peninsula. France has a naval base there and French military aircraft and personnel also are stationed in a major facility outside the Emirati capital, Abu Dhabi.

The French Armed Forces Ministry, in its statement announcing the helicopter deal, said the two countries share the objective of using “similar defense equipment” so they can work more closely together and “promote operational cooperation between our two armed forces.”

Emirati officials confirmed the contracts. Manufacturer Dassault Aviation said the UAE is buying the upgraded F4 version of its multirole Rafale combat aircraft. That will make the Emirates Air Force the first Rafale F4 user outside of France, it said.

Dassault Aviation boss Eric Trappier called the sale “a French success story” and “excellent news for France and for its aeronautical industry.”

The purchase marks a sizable step up for the UAE’s military capabilities in the oil- and gas-rich region. Charles Forrester, a senior analyst at Janes, said the fighter “will significantly upgrade UAE’s airpower capabilities in terms of strike, air-to-air warfare, and reconnaissance.

Dassault said the Rafale will give the UAE “a tool capable of guaranteeing sovereignty and operational independence” and that it will start delivering the planes in 2027.

Macron and Mohamed bin Zayed Al Nahyan, the crown prince of Abu Dhabi, were present at the Rafale contract signing.

Human rights groups said weapons the UAE provides to its Gulf allies could be used “for unlawful attacks or even war crimes” in Yemen and Libya, the two conflicts that the UAE has been accused of being involved in through proxies.

“France’s support for the UAE and Saudi Arabia is even more objectional as their leaders have failed to improve their countries’ disastrous human rights records domestically, although their public relations efforts to present themselves as progressive and tolerant internationally is in full swing,” Human Rights Watch said in a statement ahead of Macron’s trip to the Gulf.

Macron’s keen interest in forging personal relationships with Abu Dhabi’s crown prince and his counterpart in Saudi Arabia, Mohamed bin Salman Al Saud, makes him a welcome guest in the region. Both Gulf leaders value a degree of pragmatism when discussing democracy and human rights — issues on which their countries have been heavy criticized by rights groups and European lawmakers — while pursuing business opportunities.

Months after Macron was elected in 2017, he traveled to the UAE to inaugurate Louvre Abu Dhabi, built under a $1.2 billion agreement to share the name and art of the world-famous museum in Paris.

In September, Macron hosted Abu Dhabi’s crown prince at the historic Chateau de Fontainebleau outside Paris, which was restored in 2019 with a UAE donation of €10 million.

The UAE and France also have become increasingly aligned over a shared mistrust of Islamist political parties across the Middle East and backed the same side in Libya’s civil strife.

A senior French presidency official who spoke to reporters ahead of the trip on customary condition of anonymity said Macron will “continue to push and support the efforts that contribute to the stability of the region, from the Mediterranean to the Gulf.”

Gulf tensions will be discussed, the official said, in particular the revived talks about Iran’s nuclear deal with world powers, following then-U.S. President Donald Trump’s withdrawal from the agreement.

“This is a hot topic,” the French official said, adding that Macron discussed the issues in a phone call Monday with Iran’s president. He will talk about the call and the issues — including the nuclear deal talks in Vienna — with Gulf leaders, who are “directly concerned by this subject, like all of us but also because they are (Iran’s) neighbors,” the official said.

France, along with Germany and the United Kingdom, thinks the 2015 nuclear agreement — with minor tweaks — is the way forward with Iran, analysts say. The UAE and Saudi Arabia have bitterly opposed the West’s negotiated deal with Iran.

“Although the Gulf countries did not like the West’s deal with Iran, the prospect of it falling apart acrimoniously is also bad for them and arguably presents worse risks,” said Jane Kinninmont, a London-based Gulf expert with the European Leadership Network think tank.

“Their view has always been the West should have gotten more out of Iran before sealing the deal,” Kinninmont said. “But if the West walks away with nothing, the Gulf countries are beginning to understand that their security will not improve as a result.”