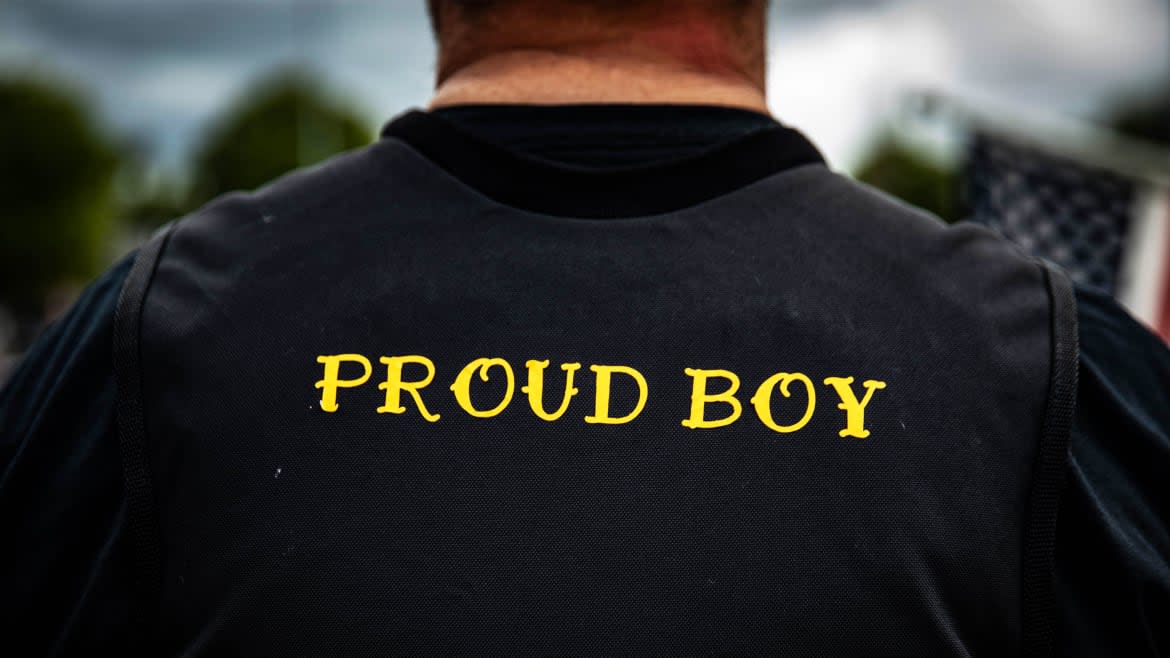 Three men and one woman who identify as members of the ultra-right-wing Proud Boys group were stabbed near the White House in the early hours after Election Day, according to multiple reports.

Police told NBC Washington that a fight broke out around 2:30 a.m. near the intersection of 14th Street and New York Avenue Northwest—a few blocks from the White House campus. The four were stabbed and hospitalized, according to police, but their injuries are not believed to be life-threatening.

The victims have not been formally identified, with police only saying that they are linked to the pro-Trump right-wing group. However, the New York Post reported that one of the injured men is Proud Boys leader, Enrique Tarrio. Bevelyn Beatty, who gained notoriety after dumping paint over a Black Lives Matter mural outside Trump Tower, was also reportedly hurt.

A video posted on YouTube appears to show the start of incident as a brawl breaks out on a sidewalk. Glass can be heard smashing and, after the fight breaks up, one man can be seen bleeding profusely from his neck and a woman shouts: “They stabbed me!” The victims are then seen informing the police what happened and asking for medical assistance.

In a tweet confirming a stabbing, D.C. police said they’re on the lookout for three suspects—two men wearing black clothing, and one woman wearing what they described as “black sweatpants with white stripe, orange leggings and a dark gray coat.” Cops said the woman had a knife.

D.C. Police were on high-alert on Election Day and were filmed scrapping with protesters at Black Lives Matter Plaza on Tuesday evening as people waited for results of the 2020 presidential election. It’s not known if the stabbing had any connection to earlier demonstrations.

So You’re Buying a New Console. Does Cloud Gaming Matter?