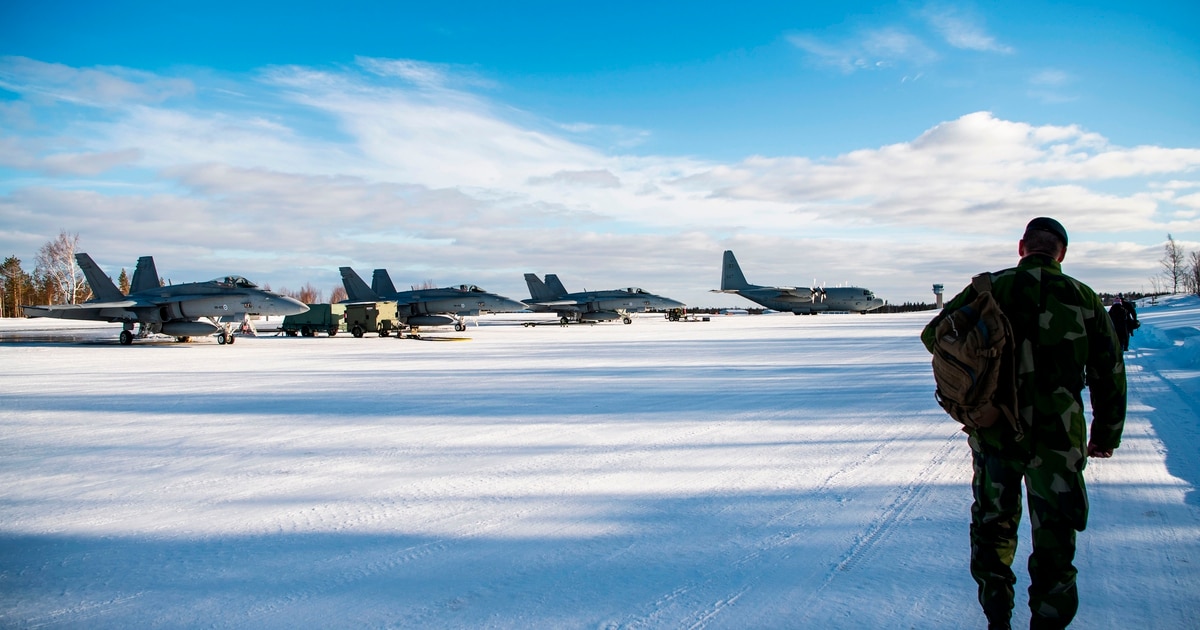 COLOGNE, Germany – Finnish officials have received finals offers from five vendors for the multibillion-dollar HX fighter competition, kicking off an evaluation phase slated to run throughout 2021.

With a tender ceiling of 9 billion euros, or almost $11 billion, the competition is one of the biggest air-armament acquisitions in Europe. It aims to find a replacement for the Nordic country’s fleet of F-18 Hornets.

The usual suspects of Western suppliers have responded by the April 30 deadline: Saab with its Gripen, Dassault with the Rafale, Lockheed Martin and its F-35, Boeing’s F-18 Super Hornet and the Eurofighter, made by a consortium of Airbus, BAE Systems and Leonardo.

Four vendors released statements by deadline day praising their wares – Dassault tends to keep quiet about such things – and promising industrial-participation packages of varying degrees that would boost job growth in Finland.

Sweden’s entry of the Gripen fighter is notable for a regional, political dimension. The country’s top officials have publicly assisted Saab in making the case for extending the Sweden-Finland alliance into a de-facto singular air force of Gripens that commanders could use interchangeably across both nations to ward off an invasion.

Saab also has thrown into its offer two GlobalEye early-warning aircraft in addition to its proposed fleet of 64 Gripens, company officials said during an online briefing last week.

Anna Wieslander, a Stockholm-based defense analyst with the Atlantic Council, said Sweden’s political promise of linking neighboring air forces through a common aircraft is likely to be taken seriously by the Finnish.

“If you look at the way the operational defense cooperation has evolved since 2015, it’s interesting to see where that could lead,” Wieslander said. The two countries’ territories effectively amount to “one operational space” in the eyes of defense planners, she added.

Saab is somewhat under the gun to produce a major sale in Europe after the company lost out on a similar program in Switzerland, where a contract of more than $6 billion is up for grabs.

Meanwhile, Boeing said it is offering “meaningful, long-term opportunities” for Finnish industry under a Super Hornet contract. “Boeing and the U.S. Navy have submitted a best and final offer to Finland in support of the HX fighter campaign, including options for the next-generation, multi-role F/A-18 Block III Super Hornet and the electronic warfare EA-18G Growler,” a spokesman said.

Lockheed Martin touted the advanced capabilities of its F-35, dangling the prospect of offering high-tech job opportunities in Finland that “no other competitor can offer,” Bridget Lauderdale, F-35 program vice president and general manager, was quoted as saying in a statement.

The company also says it is offering the most affordable jet – a fifth-generation fighter at the cost of a fourth-generation aircraft, as the company put it – a claim that Finnish government analysts can be expected to check with a fine-tooth comb.

BAE Systems, speaking on behalf the other Eurofighter vendors, played up its offering’s European connection in a statement last week. If Finland were to pick the aircraft, the government “can have influence over the future program and product, ensuring the aircraft is tailored to exact Finnish requirements,” the company said.

“With almost 500 aircraft in service across Europe alone, Eurofighter Typhoon will remain the backbone of Europe’s combat air capability for decades to come,” the statement adds.

The Finnish defense ministry expects the fighter procurement take 10 to 15 years to complete. “The final decision on the new fighters will be made by the end of 2021,” a ministry website dedicated to the HX program reads.

Billie Eilish on exploitation and not letting herself ‘be owned anymore’