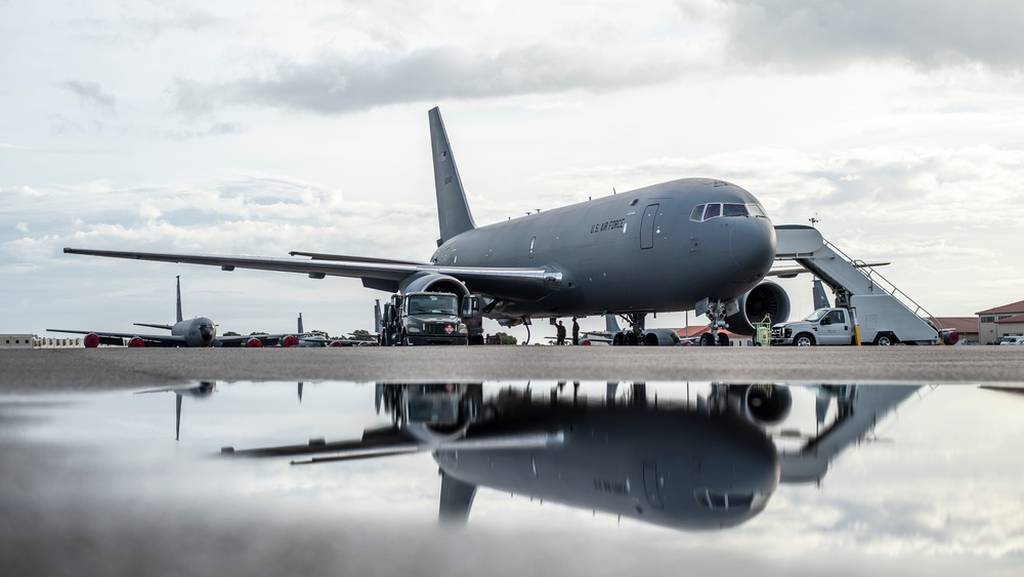 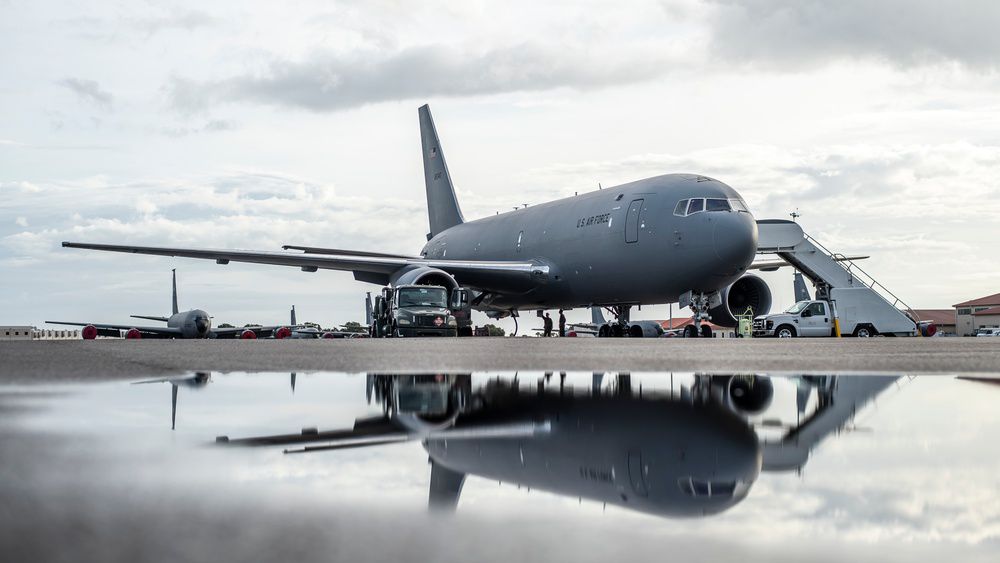 WASHINGTON — A problem with the trim on the KC-46A Pegasus’ overwing exit doors kept it from being able to open, which could have hindered passengers’ ability to escape during an emergency.

The modification in this order removes the obstruction and installs a temporary fix that eliminates the potential emergency risk until a permanent fix is made, Cronin said.

Boeing acknowledged the problem with the trim blocking the exit doors in a statement to Defense News. The company also said it is trying to figure out how the issue wasn’t caught before the KC-46s entered service.

“We are coordinating closely with the Air Force customer as we develop a permanent production and retrofit solution,” Boeing said. “We are carefully examining our testing processes to determine why this issue was not identified sooner.”

Boeing said it discovered the problem with the trim March 17 and immediately notified the Air Force. On March 21, Boeing issued a service letter with a temporary fix that would allow the Pegasus to keep operating safely.

The issue with the overwing door trim affected all 57 KC-46s that Boeing has so far delivered to the Air Force. The most recent delivery took place March 21.

KC-46s have two overwing emergency exit doors, one for each wing, that were designed to open inwardly in the event of an emergency. If such an emergency had happened and the trim blocked the door from opening, and if other exits were unusable, passengers could have found themselves trapped inside.

But the other exit doors, including the exit doors in the forward part of the plane that its crew would use to evacuate in an emergency and another pair of doors in the aft section, are unaffected by the trim problem, Boeing said. This trim is unique to the KC-46, Boeing added, and other commercial or freighter Boeing 767s — from which the KC-46 is derived — are unaffected by the issue.

These overwing exit doors would have most likely been needed if an emergency happened while a KC-46 was configured to transport passengers or for an aeromedical evacuation mission, Boeing said, not for its usual aerial-refueling mission. Boeing said no emergencies requiring the use of these doors have so far occurred in more than 7,000 KC-46 sorties.

Boeing said the trim — a horizontal panel above the overwing exit doors covering the door’s mechanisms — remains in place. But at Boeing’s suggestion, the Air Force unscrewed the trim’s bottom screws, while leaving the upper attachments in place. Boeing said this would allow the door to open inward in case of an emergency.

Velcro has been applied to the bottom part of the panel to keep it in place and prevent vibrations, Boeing said.

This is the latest in a string of issues with Boeing’s KC-46. Its Remote Vision System — a network of cameras and sensors that boom operators use to guide the refueling boom into the aircraft receiving fuel — has problems in certain lighting conditions that result in distorted imagery. Boeing is working on a replacement for the system, but that design remains incomplete.

The troubled vision system led to a $402 million charge Boeing had to pay in the fourth quarter of 2021.

Furthermore, a series of problems with foreign object debris were discovered in new KC-46s in 2019. In response, the Air Force temporarily suspended deliveries of the tanker and grounded the Pegasus on Boeing’s production line for a week.

Turkish drones won’t give Ukraine the edge it needs