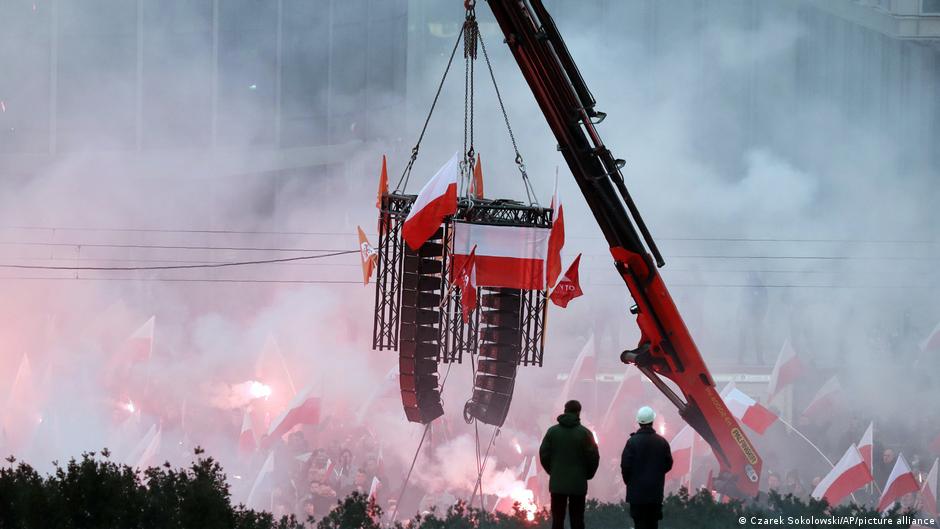 Far-right protesters in Warsaw, Poland, clashed with riot police on Wednesday during an annual Independence Day march attended by thousands, defying a ban on public gatherings due to the coronavirus pandemic.

Many protesters participated in cars and on motorbikes in order to observe social distancing measures but thousands of others chose to march on foot through the heart of the Polish capital. Some threw firecrackers, stones and bottles at police in riot gear and into windows with LGBT rainbow flags or signs of anti-government sentiment. One apartment caught fire as a result, but was soon put out by firefighters and no one was reported injured in the incident. 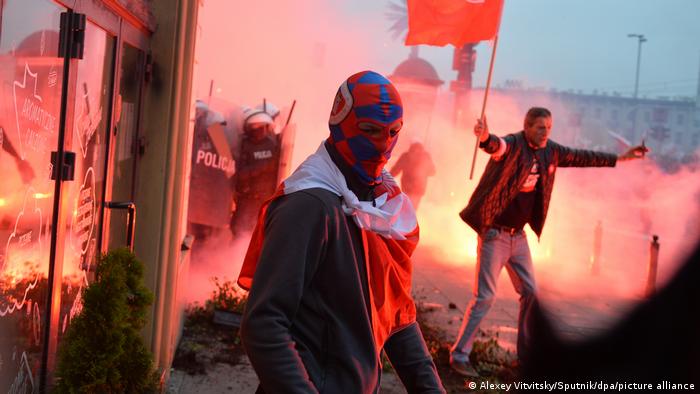 Far-right supporters clashed with police during the Independence Day march in Warsaw, using firecrackers and hurling stones at officers

Police did, however, report a number of arrests across the city and also said some officers were hospitalized as a result of the clashes.

Video footage posted on the Warsaw police Twitter page showed flares being hurled at officers near the city’s principal football stadium, which is being used as a temporary hospital for COVID-19 patients.

November 11 is a national holiday in Poland and recognizes the country regaining its sovereignty after World War I.

Other Independence Day events on Wednesday included President Andrzej Duda and other leaders attending a Catholic Mass in Warsaw and a ceremonial changing of the guard at the Tomb of the Unknown Soldier, a monument dedicated to the unknown troops who have given their lives for Poland.

Google: Pay for photo storage, or risk them being deleted