Fakespot, a startup that helps shoppers detect robot-generated reviews and phony sellers on Amazon and Shopify, used this pitch deck to nab a $4 million Series A 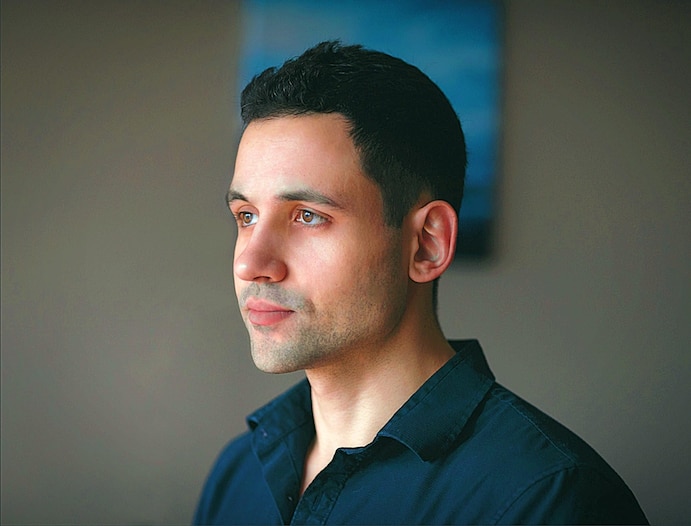 E-commerce has taken off in 2020, but the shift to online spending has also led to a rise in fraud.

Marketplaces like Amazon and eBay host millions of third-party sellers, and their algorithms will often boost items in search based on consumer sentiment, which is largely based on reviews. But many third-party sellers use fake reviews often bought from click farms to boost their items, some of which are counterfeit or misrepresented to consumers.

That’s where Fakespot comes in. With its Chrome extension, it warns users of sellers using potentially fake reviews to boost sales and can identify fraudulent sellers. Fakespot is currently compatible with Amazon, BestBuy, eBay, Sephora, Steam, and Walmart.

“There are promotional reviews written by humans and bot-generated reviews written by robots or review farms,” Fakespot founder and CEO Saoud Khalifah told Business Insider. “Our AI system has been built to detect both categories with very high accuracy.”

Fakespot’s AI learns via reviews data available on marketplace websites, and uses natural-language processing to identify if reviews are genuine. Fakespot also looks at things like whether the number of positive reviews are plausible given how long a seller has been active.

Fakespot pivoted to market itself direct to consumers

Founded in 2015, Fakespot originally marketed itself to businesses on Amazon. Prior to the pandemic, it was looking to expand with other businesses and marketplaces. Fakespot had several contracts in the works in early 2020, Khalifah said, but the sales processes started to slow as the pandemic set in.

So Fakespot revamped itself into a consumer-focused Chrome extension, which it launched in May. While it’s early days for the startup — it has yet to generate any revenue — Fakespot has over 325,000 installs.

Read more: The boom in online payments has companies like Airbnb, OkCupid, and Nordstrom looking for new ways to fight fraud. Here are 10 startups — and the VCs backing them — helping tackle everything from catfishing to money laundering.

With the fresh funding, Fakespot is looking to expand to more marketplaces, starting with its latest partnership with e-commerce giant Shopify.

“When we pivoted, we knew that if we’re going down this road we are going to only focus on new user growth, retention, and user satisfaction,” Khalifah said.

But down the line, Fakespot is looking at ways to prove its value to a marketplace or third-party seller as a way to monetize. It has the ability to show consumers which sellers are genuine. In turn, that could boost sales for a seller and prove a way for Fakespot to generate revenue.

“We have plans, built upon the platform that we’re building, where we have authorized merchants or authorized reviews and things like that, where we can show and we can benefit both the consumer and the merchant with genuine interaction,” Khalifah said.

Fakespot’s Series A deck is shorter than many startups’ pitch decks (some slides with financial and performance information have been redacted from this version). That’s largely due to the relationships Fakespot built with investors prior to raising the round, Khalifah said.

“With Bullpen Capital, in particular, we fostered a personal relationship with the partners,” Khalifah said.

Seed investor SRI Capital introduced the Fakespot team to Bullpen Capital, who led the Series A.

“It was not a pitch of the classic sense where you get into an elevator and you have five minutes to talk to someone, or you get into a boardroom and you have one hour to speak,” Khalifah said. “It was a fostered relationship over months and it was all remote.”

And over Zoom, conversations lasted hours, with the Fakespot team keeping Bullpen updated on key milestones and growth figures until ultimately, they were ready to invest.

Here’s the pitch deck that Fakespot used to raise its Series A round of funding. Some financial and other details have been redacted