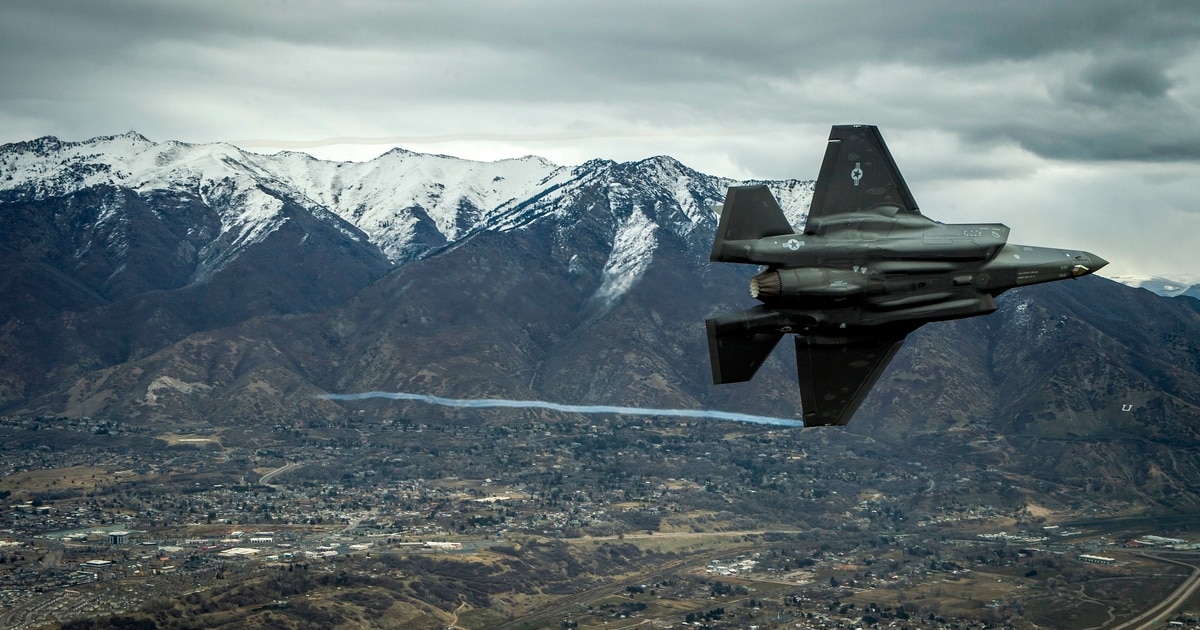 WASHINGTON — By the end of 2020, F-35 fighter jets rolling off Lockheed Martin’s production line will be equipped with a modified lightning protection system that will fix problems discovered earlier this year, the company’s head of production said.

In June, the government’s F-35 Joint Program Office imposed flight restrictions on the F-35A conventional-takeoff-and-landing variant — the model used by the U.S. Air Force and most international customers — after the Air Force discovered an issue with the Onboard Inert Gas Generation System.

OBIGGS allows the jet to safely fly in conditions where lightning is present by pumping nitrogen-enriched air into the fuel tanks to inert them, preventing the aircraft from exploding if it is struck by lightning. However, maintainers at Hill Air Force Base’s Ogden Logistics Complex in Utah found damage to one of the tubes that distributes inert gas into the fuel tank, increasing the risk that the system may not function as designed.

While flight restrictions are still in effect, the Defense Department and Lockheed have come to an agreement on a fix for the OBIGGS system, Darren Sekiguchi, Lockheed’s vice president of F-35 production, told Defense News in a Oct. 5 interview.

The fix primarily involves “strengthening a number of brackets associated with these tubes for OBIGGS,” Sekiguchi said, which will ultimately allow the tubes inside the fuel tank to be held in place more securely and prevent movement that could lead to damage.

“Changes certainly have been incorporated in the production line already,” he said, adding that the first aircraft with the modified system will be ready for delivery by the end of 2020.

While a corrective action has been put in place for new F-35s, the Defense Department and Lockheed are still discussing how best to implement a fix for jets already fielded by the Air Force. The final schedule for retrofitting the jets will ultimately be determined by the service’s availability, but “doing the modifications in the field will likely take several years,” Sekiguchi said.

The ongoing negotiations will also determine whether Lockheed takes financial responsibility for the problem.

The F-35 Joint Program Office did not respond to a request for comment by press time.

Under the current flight restrictions, F-35As are prohibited from flying within 25 miles of lightning or thunderstorms — a practice that is typical for most flight training.

A June 5 memo by the government’s F-35 program office noted that damaged OBIGGS tubes had been documented in 14 of the 24 “A” models inspected at that time. Lockheed Martin paused F-35 deliveries for three weeks in early June to allow the company to validate whether it was properly installing the tubing that connects to the OBIGGS system, which is manufactured by BAE Systems. F-35 deliveries resumed later that month.

Solving the OBIGGS problem will put Lockheed one step closer to normalizing F-35 production after a challenging year. The company began ramping up production again in September after a three-month slowdown caused by the COVID-19 pandemic.

From May 23 to Sept. 4, Lockheed implemented an adjusted production schedule where the 2,500 employees at the Fort Worth, Texas-based line worked two weeks before having a week off. The slowdown was necessary, executives said, due to delays across the F-35′s global supply chain, which includes more than 1,900 vendors.

During the slowdown this summer, F-35 production crawled to about eight to 10 jets a month, Sekiguchi said. While the goal is to gradually increase the rate to up to 14 F-35s delivered per month, he noted that some of Lockheed’s suppliers are still facing disruptions as the novel coronavirus sweeps across the globe.

“When you get to a point where you have a larger [COVID-19] breakout either in a critical skilled workforce, or that requires a quarantine of a larger workforce, that delay becomes more of a challenge,” he said. “We see it across [the board], from the detailed component suppliers all the way up through major assembly.”

During the beginning of the pandemic, the F-35′s international suppliers — particularly in Europe — saw the biggest production headwinds as countries locked down to try to get control the transmission of the virus. American suppliers grappled with delays shortly afterward, as the pandemic began to spread through American cities and towns.

“Right now, although it has quieted somewhat back down, we do see pop-ups that are across the supply chain and affect us globally,” Sekiguchi said, noting that the company is watching for signs of a second coronavirus spike.

“We are seeing upticks, especially here following the Labor Day weekend, across the U.S. We’re keeping a close eye on those right now. Our plan really is, I would say, now that we’ve operated through the initial spike, should we need to implement any of those types of precautions, we can again.”

After yearlong delay, the US Air Force is ready to field Raytheon’s new smart bomb