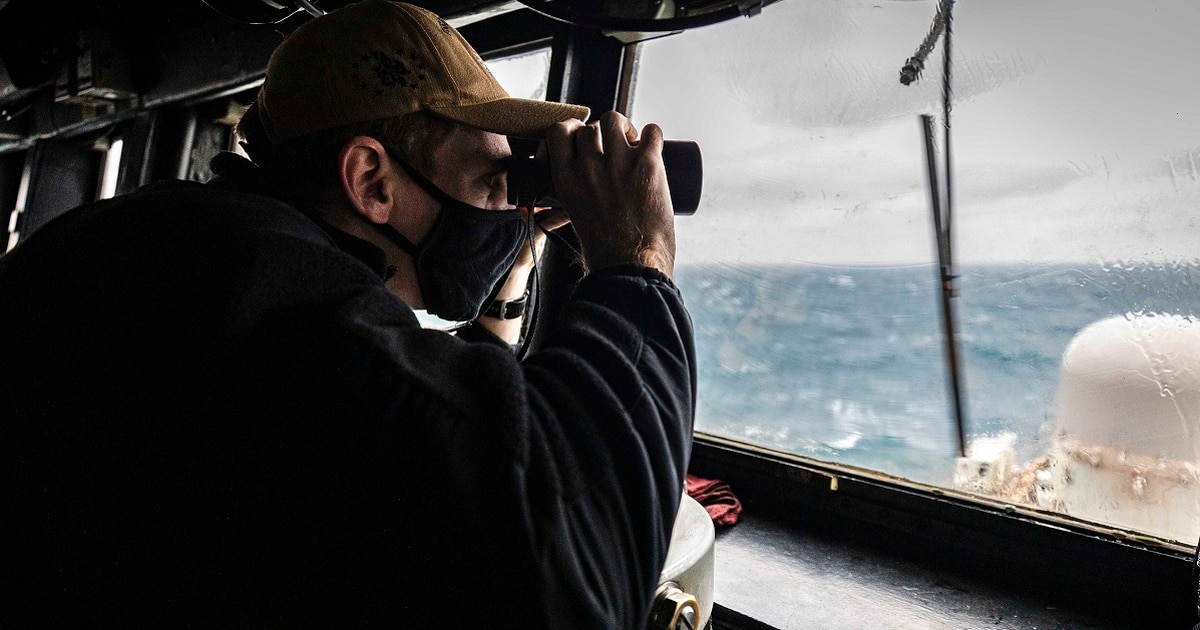 WASHINGTON ― U.S. military officials have outlined a new spending request to boost deterrence against China, including new weapons, new construction and closer military-to-military collaboration with America’s allies in the region.

A report from U.S. Indo-Pacific Command delivered to Congress on Monday calls for roughly $27 billion in additional spending between 2022 and 2027; with $4.6 billion for next year alone. With a few key changes from last year’s proposal, the request calls for new missiles and air defenses, radar systems, staging areas, intelligence-sharing centers, supply depots and testing ranges throughout the region, as well as exercises with allies and partners.

The new proposal is the Pentagon’s first since Congress established the Pacific Deterrence Initiative in the 2021 National Defense Authorization Act. Last year’s version of the report from from Indo-Pacom’s commander, Adm. Philip Davidson, proposed $18.5 billion in spending through 2026 and formed the basis for the PDI.

“The requirements outlined in this report are specifically designed to persuade potential adversaries that any preemptive military action will be too costly and likely to fail by projecting credible, combat power at the time of crisis” reads an unclassified executive summary obtained by Defense News. “This includes providing several flexible deterrent options including full [operational plan] execution if deterrence should fail.”

Days after a Pentagon memo emphasizing long-range fires as an acquisitions priority for the coming 2022 budget, Indo-Pacom’s report calls again for a network of ground-based, long-range missiles with ranges of more than 500 kilometers, to protect aircraft and ships. China’s seen as having an overwhelming advantage in land-based cruise and ballistic missiles.

The report comes days after President Joe Biden earlier this month announced plans for a Pentagon review of national security strategy on China in recognition that the U.S. faces increasing challenges posed by China’s modernized and more assertive military. Defense Secretary Lloyd Austin has committed to taking a fresh approach.

At his Senate confirmation hearing last month, Austin said he agreed with a recent Pentagon report that said China’s ambition is to develop a military that is equal to, and in some respects superior to, that of the United States by 2050. In written answers to Congress, Austin called PDI a “useful tool” that he would work with Congress to implement.

“There’s no question that we need a more resilient and distributed force posture in the Indo-Pacific in response to China’s counter-intervention capabilities and approaches, supported by new operational concepts,” Austin said ahead of his confirmation. “If confirmed, I’ll review our posture in the Indo-Pacific including our presence, capabilities, logistics, exercises, infrastructure, and capacity building and cooperation with allies and partners.”

In this year’s $574 million package of “logistics and security enablers,” was a $226 million “information operations” proposal to “counter-propaganda tools designed to target malign influence “that had increased fivefold over last year for Also included is a new $44 million request for “electromagnetic warfare … and intelligence support to exploit, attack, protect, and manage military activities.”

DoD has assessed that China were to use military force against Taiwan, it’s likely to complement its air and maritime blockade operations with jamming and network attacks, as well as information operations to isolate Taiwan’s authorities and populace while it controls the international narrative of the conflict.

Indo-Pacom renewed its call for the U.S. to build a $1.6 billion 360-degree persistent and integrated air defense capability in Guam, served by a $200 million high-frequency radar system for Pulau and a $2.3 billion constellation of space-based radars. It also proposes a $3.3 billion in ground-based, long-range fires with ranges of more than 500 kilometers, to make up “highly survivable, precision-strike networks along the First Island Chain.”

Davidson has said his top priority is establishing an Aegis Ashore system on Guam by 2026, which would help protect U.S. citizens and forces there. The Terminal High Altitude Area Defense battery on Guam is meant to protect against a North Korean missile launch, its single AN/TPY-2 radar is said to be vulnerable and cannot provide 360-degree coverage.

The combinations of the weapons in the proposal would “create temporary windows of localized air and maritime superiority, enabling maneuver,” by U.S. forces ― to include amphibious forces capable of conducting forcible entry operations. All of the above would be enabled by “expeditionary airfields for dispersal and ports for distributed fleet operations” to be developed with allies. The price tag: $8.9 billion.

Among the projects proposed in the report to foster better cooperation with allies, the would be more than $2.5 billion spent on programs to build, train, and equip national security forces of ally and partner nations. Another priority is a nascent Oceania fusion center for fiscal 2022, one of several proposed intelligence sharing centers.

Amid expectations of tighter defense budgets under the Biden administration, the report contains new language this year emphasizing the PDI as “a pragmatic and economically viable approach for implementing a deterrence strategy for defending U.S. interests in the Indo-Pacific while mitigating risk and avoiding escalation.”

The $4.6 billion request for fiscal 2022, “is less than seven-tenths of 1% of the Department of Defense’s Total Obligating Authority in FY21, and two-thirds the amount spent on the European Defense Initiative in FY20 ($5.9B),” the report reads.

A report from the National Security Commission on AI, which is chaired by Eric Schmidt, finds that the US is not fully prepared for AI competition with China (Mila Jasper/Nextgov)