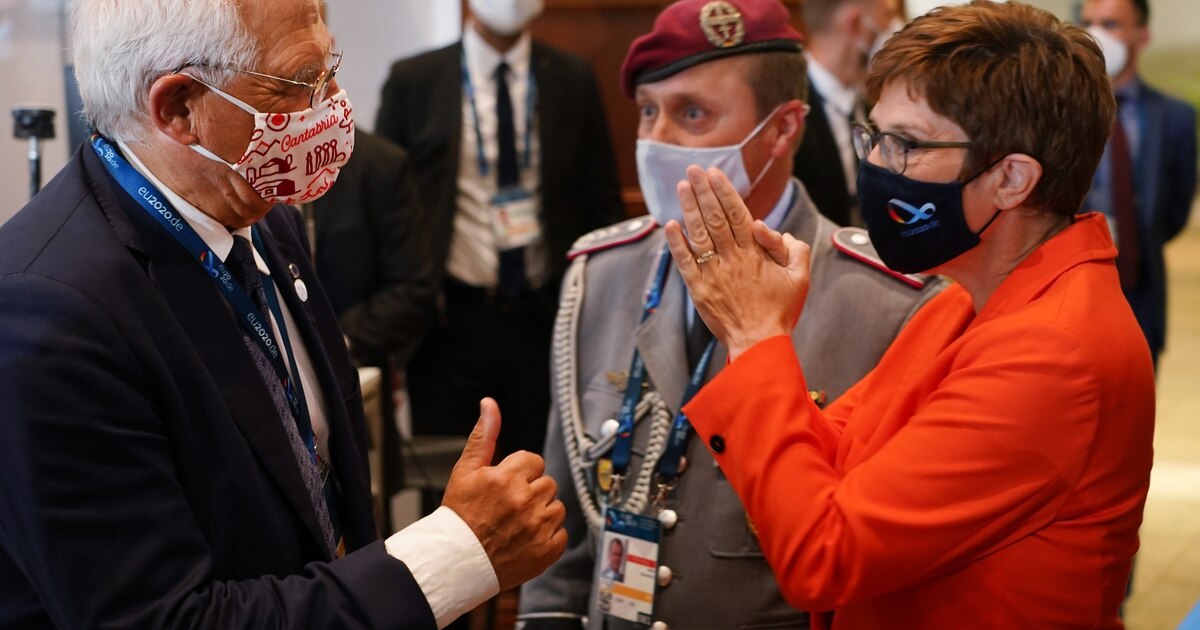 COLOGNE, Germany – European Union officials in Brussels are setting up a labyrinth of rules for non-bloc countries and their companies to join defense-cooperation projects under the PESCO framework.

The agreement is the product of efforts by Germany, which holds the rotating presidency of the Council of the European Union, to force a compromise on an issue that had been simmering for years. The idea is to preserve the intent of PESCO – improving defense cooperation among member states and protect companies here – while keeping the door open for outsiders, especially NATO countries, to partake.

In the end, the agreement text leans heavily in the direction of making third-party participation an exceptional affair, with a heavy dose of subjectivity involved in pre-selecting partners and the requirement for unanimous approval by all members to eventually grant an invitation.

The PESCO framework envisions groups of countries working together – three, at least – to solve defense problems that range from military logistics to cyber warfare. There are currently 47 such projects on the books. Approved projects can apply for subsidies through the multibillion-dollar European Defence Fund.

The compromise on non-EU countries’ participation “provides for an admission process in several stages,” the Germany defense ministry said in a statement on Nov. 5. “The European Council decides on every case individually.”

Those case-by-case reviews are designed to dispel any notion of an automatic process for outsiders into what defense-minded officials throughout Europe hope will evolve into a reliable pipeline for building military capabilities on the continent.

“We have demonstrated Europe’s ability to act,” German Defense Minister Annegret Kramp-Karrenbauer said. “In two respects, we have given an important impetus – to PESCO and European defense policy, as well as to EU-NATO cooperation.”

It remains to be seen whether the most important NATO member, the United States, finds the the terms enticing. Trump administration officials over the past years have pushed for maximum openness of the bloc’s defense efforts to Washington and its powerful army of defense companies. A Pentagon spokesman told Defense News last week, when news of a draft compromise agreement first broke, that officials there had no comment yet.

German officials plan to put the new agreement on the agenda at a Nov. 20 meeting of EU defense ministers.

Applicant countries must pass a series of requirements to invited to specific projects. For example, it must “share the values” of the European Union and honor “good, neighborly relations” with member countries. Applicants also must offer “substantial added value” to a given project, for example through “technical expertise or additional capabilities including operational or financial support,” the text states.

EU officials have been concerned about outside countries benefiting from defense know-how generated under PESCO and turning it against a member states. Such a scenario is plausible, for example, in the case of Turkey, which has threatened Greece and Cyprus over natural gas extraction rights in the Mediterranean.

As a result, the new pact includes a section that seeks to prevent the proliferation of technology against EU interests, to be codified in a separate agreement.

Additionally, interested non-EU countries must have a “security of information agreement” with the bloc, as well as a “administrative arrangement” with the European Defence Agency, according to the document.

Notable, the agreement sets out different rules for countries and defense companies, dubbed “entities” in the text, to partake in EU projects.

According to the German defense ministry, third-party states can strive to play a role “as of today.” Individual companies vying for contracts stemming from their governments’ participation must wait until 2026, the agreement text states.