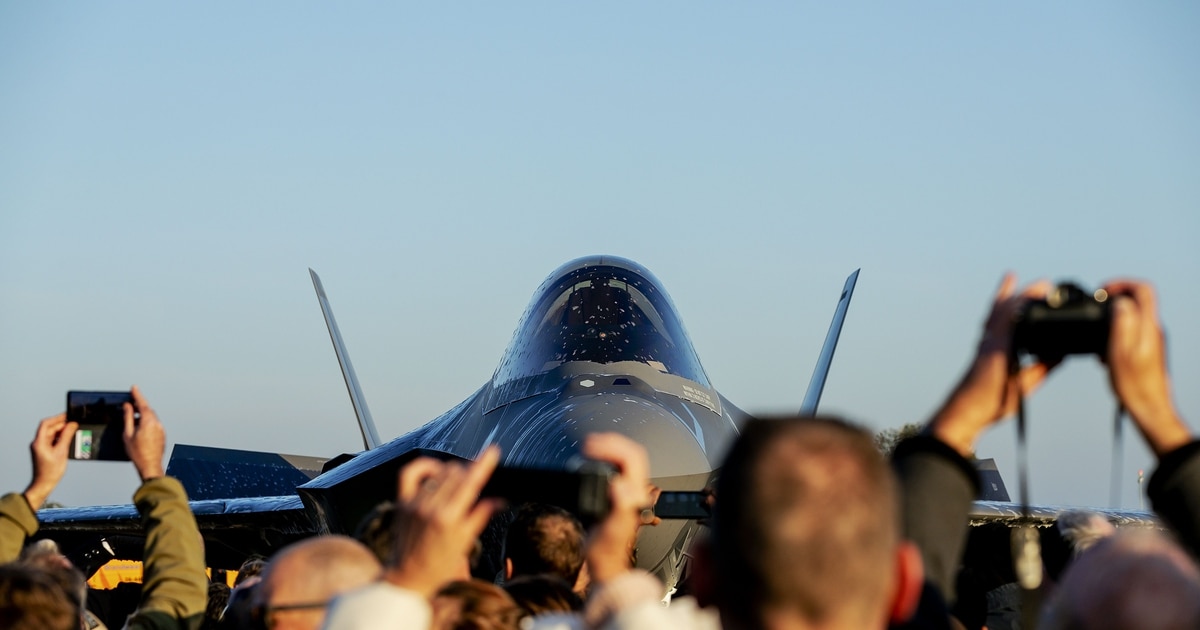 COLOGNE, Germany — European NATO nations without the fifth-generation F-35 combat jet should mold their fleets to complement the U.S.-developed aircraft in future operations, according to a new report commissioned by U.S. European Command.

The analysis, done by the think tank Rand and published Oct. 22, ascribes such a vital advantage to the F-35′s stealth and sensor-fusion features that the jet would be the only aircraft suitable for an initial contact with Russian forces in the event of a conflict.

Following that logic, European nations that have already signed up for the Lockheed Martin-made jet should hone their tactics toward that initial engagement, and countries with less advanced aircraft should strive to maximize their ability to complement such an operation, the authors argued.

The United Kingdom, the Netherlands, Denmark, Norway, Belgium and Italy are European NATO members in various stages of getting F-35 aircraft. One tier below that, in the eyes of Rand analysts, are countries like Germany or France whose Eurofighter and Rafale fleets, respectively, have sensors advanced enough to be considered “fourth-generation-plus” aircraft.

The report’s recommendations are based on the hypothetical premise of a Russian land grab on the alliance’s eastern flank.

“One common scenario considers a calculation by the Russian government that Russia could leverage a regional imbalance in ground forces to occupy some slice of NATO territory, employ air defenses to stave off allied air forces, present a fait accompli similar to that seen in Crimea, and politically divide NATO by calling for negotiations,” the document stated.

“The ability of European fifth-generation fighters to penetrate Russian air defenses and make significant combat contributions from the opening hours of a response — at the vanguard — would most likely challenge the logic behind this scenario, improving deterrence by increasing the Russian risks associated with this approach.”

The observation follows the belief, which the authors propose is shared by Russia, that NATO forces have the upper hand in air-combat capability, whereas Moscow has the lead in ground forces.

To be sure, the Rand analysis covers only one dimension in a potential confrontation with Russia. Air and naval assets as well as cyber weapons for information warfare would also shape the battlefield in potentially unpredictable ways, not to mention any surprise capabilities that either side could throw into the mix to nullify the opponent’s technological advantage.

The problem for European nations’ fourth-generation and “fourth-generation-plus” aircraft, which lack stealth capabilities, is the inability to get close enough to targets without getting shot down by sophisticated air defense weapons, according to Rand.

The key to making the best of the continent’s aircraft mix is developing the fleets with greater interoperability in mind, the analysts argued. In that sense, non-stealthy combat planes, which typically can carry more weapons than the F-35, still have an important role to play after more advanced fighters clear any ground-based threats.

European nations are studying two versions of a sixth-generation weapon for air combat, namely the Tempest project (led by the U.K.) and the Future Combat Air System (led by France and Germany). Those aircraft ideas are slated to come online around 2040, which puts them outside of the scope of the Rand analysis.

All US Navy destroyers will get hypersonic missiles, says Trump’s national security adviser