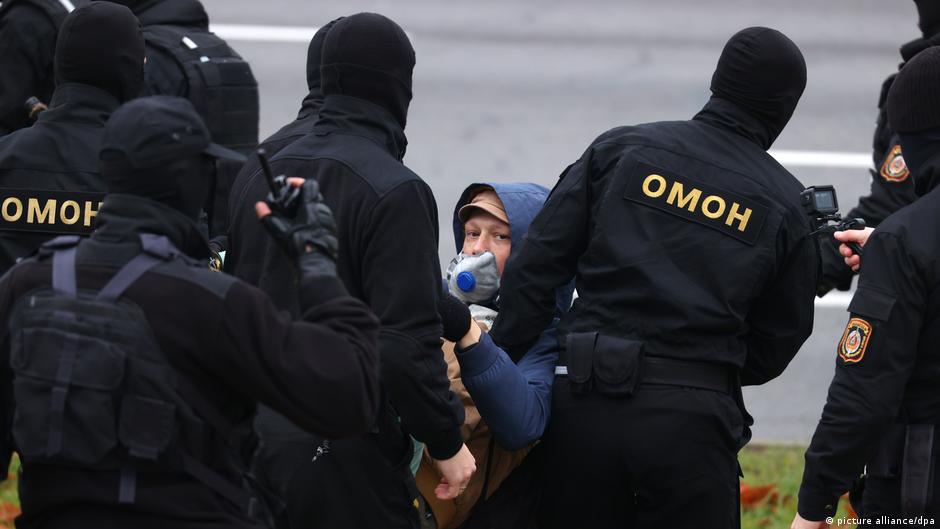 The EU agreed in principle to new sanctions on Belarus Thursday. They are a response to the “brutality” of the country’s government, the EU’s top diplomat Josep Borrell.

The measures are expected to target institutions and private business that finance strongman President Alexander Lukashenko and his government.

The move would “affect the developing of the normal economic activity” in the ex-Soviet state, Borrell told reporters.

He said the EU saw “no positive sign at all from Lukashenko’s regime” after targeting the president and some 50 top government officials.

“In these conditions, the EU has to react using the tools that we have,” Borrell added. “Sanctions are one of these tools.”

What would the sanctions entail?

Borrell said that EU member states would now be able to suggest companies to be added to the blacklist, but they would also need to present evidence to justify their suggestions.

More senior officials are also expected to be targeted by the EU. Germany’s Foreign Minister Heiko Maas said the measures are appropriate for increasing the pressure on the “powerful clique surrounding Lukashenko.”

Two EU diplomats told the Reuters news agency that the new sanctions package could be finalized in the following weeks.

What is the background to sanctions on Belarus?

Brussels has imposed a series of punitive measures against Lukashenko and those close to him  since a controversial presidential election in August. The EU claims Lukashenko forged election results to declare himself the winner.

The 66-year-old president rejects the accusations. He is also refusing to step down or negotiate with the opposition, despite facing a resilient protest movement with thousands of demonstrators regularly taking to the streets to demand his resignation. Last weekend, hundreds were detained as while protesting the death of a young opposition supporterwhom government critics claim was beaten to death by the police.