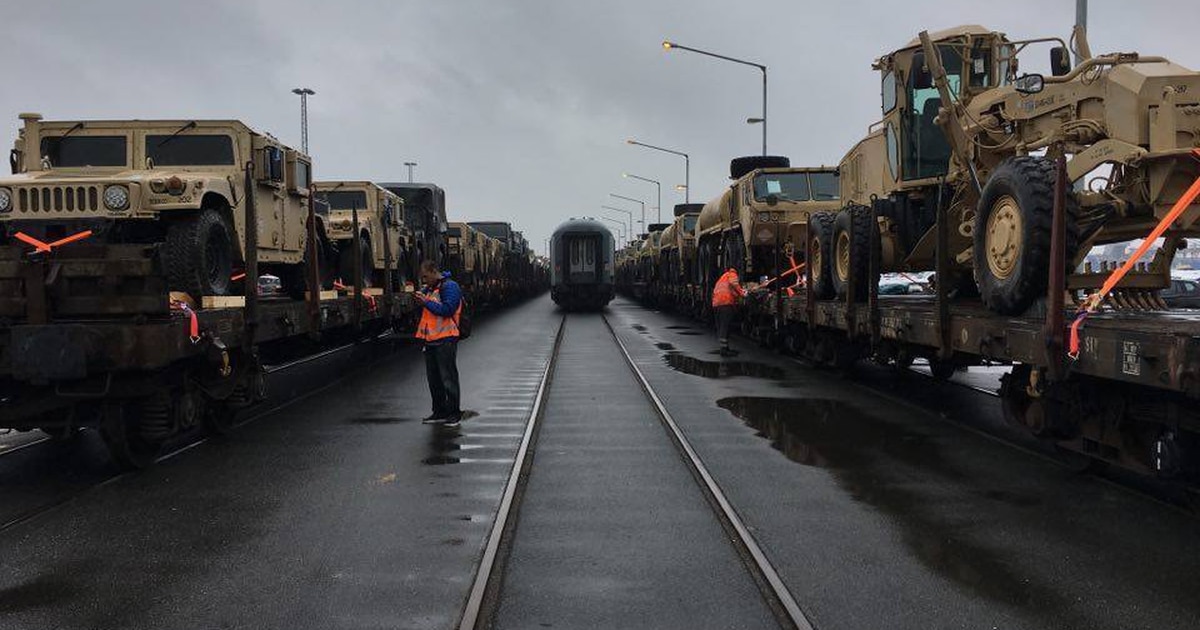 COLOGNE, Germany – European Union members have admitted the United States into a project aimed at quickening the flow of military personnel and equipment across the continent, hoping the move will open a new front in trans-Atlantic cooperation.

The defense ministers’ May 6 approval at a meeting in Brussels begins a test case for a relatively new set of rules about non-EU countries partaking in the bloc’s permanent structured cooperation scheme, or PESCO.

Besides the project’s tangible objectives – streamlining the red tape for quickly shipping a tank from Lisbon to Talinn, for example – officials celebrated the Pentagon’s inclusion as the beginning of an actual U.S.-EU defense agenda.

Dutch Defense Minster Ank Bijleveld described the step as a “concrete and positive signal that the EU wishes to cooperate with Washington, Ottawa and Oslo on defense.”

The Dutch defense ministry serves as coordinator for the military mobility PESCO project.

The task of ferrying troops and weapons around Europe in the event of an attack has been part of NATO’s defense calculus for decades, and the alliance maintains deft capabilities to that effect. The EU military mobility aims to augment that work while offering the EU-NATO relationship a concrete deliverable at the same time.

Within the EU bureaucracy, the European Defence Agency included the subject on its to-do list under the Coordinated Annual Review on Defence, or CARD, process. Agency Chief Executive Jiří Šedivý said he expects military mobility to foster a new “cluster” of programs.

The two main work strains tackle streamlining customs procedures and cross-border clearances, he explained, with a goal of a shrinking the lead time for all air and ground transport to five days.

Officials here are zeroing in on military mobility partly because the subject is expected to spur improvements in related civilian fields like technology and data connectivity, cyber defense and upkeep of transportation infrastructure.

The idea is to “take the strategic dimension of the EU out of the purely military circles into a wider context,” said João Gomes Cravinho, Portugal’s defense minister. Portugal holds the rotating presidency of the Council of the EU, with Slovenia taking over in July.

Greg Kausner, a senior official in the Pentagon’s acquisition branch, said the trans-Atlantic effort on military mobility would ideally foster a “whole-of-society” approach to defending Europe.

“This decision demonstrates the EU’s commitment to trans-Atlantic cooperation,” he said, speaking via videoconference during an European Defence Agency event in Brussels.

He cautioned that the Pentagon still needs to secure an implementing agreement with the agency, mostly related to information sharing and procedural issues, before any substantive work can begin.

At the meeting, defense ministers also discussed a proposal to revive the idea of an early-entry EU military formation that could deploy to hot spots quickly.

The idea stems from an informal paper, endorsed by 14 member states, proposing a force of 5,000, according to a German defense ministry spokesman.

Chief EU diplomat Josep Borrell told reporters Thursday such a formation would make sense for situations in which the bloc’s decision making is unbecomingly slow for a geopolitical power. “We’re going to push for it,” he said.

Borrell described the idea is a mere proposal, however, stressing that member states were considering additional steps aimed at making the bloc more nimble in its crisis management.