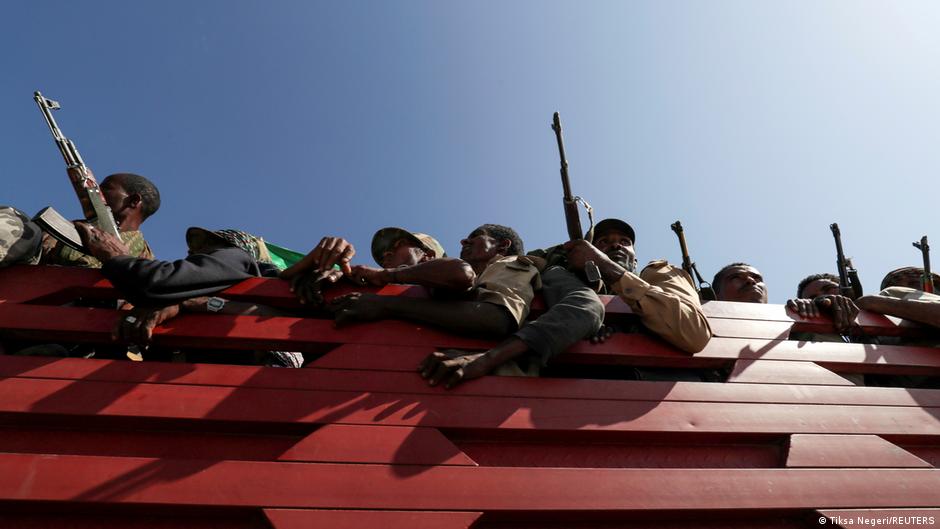 Tigrayan forces fired rockets into the city of Bahir Dar in the neighboring Amhara region on Friday as the federal military closes in on the Tigray capital, Mekelle.

The latest attack caused no casualties or damage, the communication’s office of the regional Amhara government said. But the attack adds further fuel to the conflict between forces loyal to the Tigrayan People’s Liberation Front (TPLF), which rules the northern Tigray region, and Ethiopia’s federal government.

Ongoing violence in Tigray this month has killed at least hundreds of people, forced 33,000 refugees to flee to Sudan and raised serious doubts over the future of Prime Minister Abiy Ahmed’s leadership.

Read more: Ethiopia: A timeline of the Tigray crisis

While the TPLF and Ethiopia’s federal government have quietly been at odds since the election of Abiy in 2018, tensions rose after Abiy postponed general elections scheduled for August due to the coronavirus pandemic. The TPLF accused Abiy of trying to extend his term in office.

The simmering dispute came to a head after the TPLF launched an attack on a government military base in early November, prompting government forces to launch a counter-offensive.

Violence in the country’s north quickly spiraled out of control, sparking fears of an impending civil war. 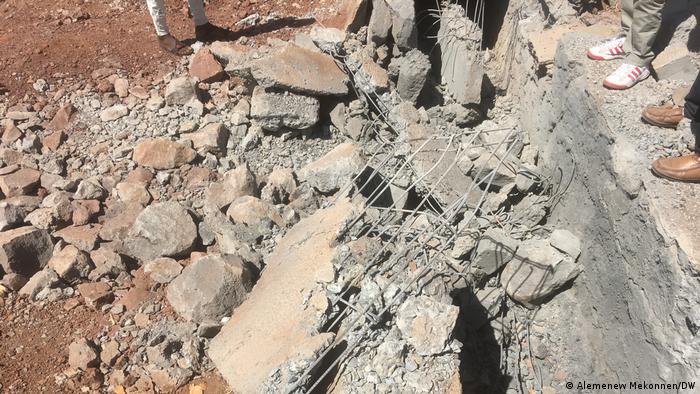 Violence and blame from both sides

The TPLF and the Ethiopia’s government have repeatedly blamed each other for provoking the conflict. Both also remain firm on their respective chances of overcoming the other’s forces.

“All of [TPLF’s] actions testify to their high level of frustration,” said defense minister Kenna Yadeta. “They claim to have shot down air force jets and to have won over about 10,000 government forces. It turned out to be a lie — as they were known to life during their rule [of Ethiopia as the leaders of the EPRDF coalition] over the past 27 years.”

Tigrayan forces have adopted guerilla tactics in the region.

“Every field of war, every mountain in Tigray becomes a cemetery for our enemies,” said Gebre Gebretsadik, a military spokesman for the Tigray Defense Forces in the group’s first official statement on Thursday.

[The Ethiopian government] says they control some areas and cities, like the city of Shire. But they only say this to boost their ego. It was part of our military strategy to get them closer.” 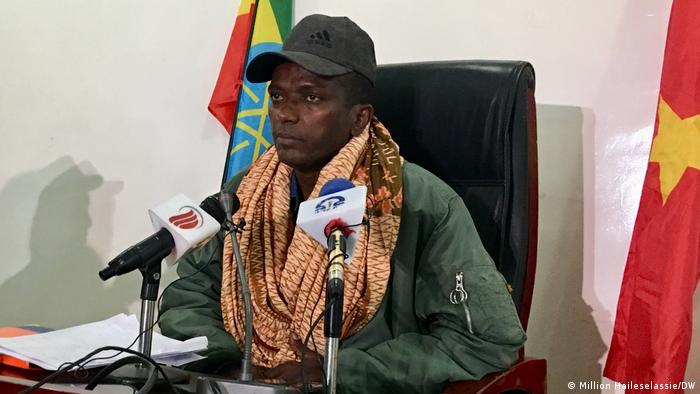 Speaking at a press conference on Thursday, Tigrayan Defense Forces spokesman Gebre Gebretsdik said the Ethiopian government was playing into the TPLF’s hands

It is difficult to verify information regarding attacks and casualties because of an ongoing blackout on most forms of communication in the Tigray region. In addition, the government broadcasting authority in Addis Ababa has suspended the media credentials of a number of international outlets, including DW.

Horn of Africa expert Martin Plaut believes Ethiopia’s government needs to tread carefully even if it manages to capture the regional capital of Mekelle.

“The Ethiopian government should remember the long war that began in the 1970s and only ended in 1991,” said Plaut, a senior research fellow at the Institute of Commonwealth Studies. “The TPLF are very good at … guerilla operations from the mountains. … They have always argued that guerilla tactics against an army are far better than a confrontational strategy.” 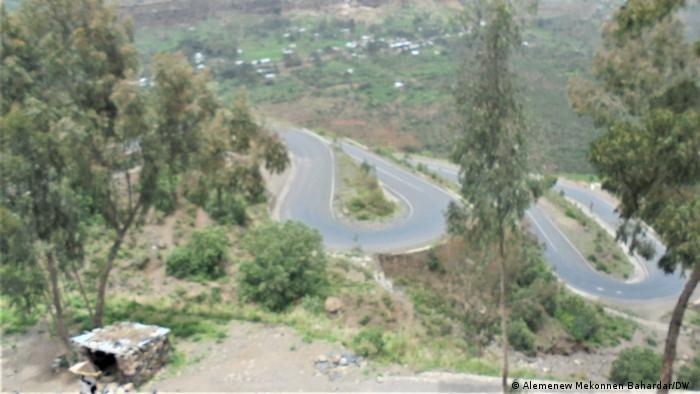 Authorities in Addis Ababa have issued 76 arrest warrants for army officers accused of being linked to the TPLF.

Figureheads from outside organizations have also been pulled into the fray, with Ethiopia’s military chief General Birhanu Jula accusing the head of the World Health Organization, Tedros Adhanom Ghebreyesus, of using “his international profile and mission” to help the TPLF defeat the government.

Is war on the horizon?

Many analysts fear that Ethiopia could plunge into another protracted civil war. Ethiopia watcher Martin Plaut believes the next few weeks will prove whether war really is on the cards — but says it can’t be ruled out.

“We don’t know for sure,” Plaut told DW. “The one thing we do know is that the Tigrayans have maybe 200,000 troops available and that is a huge number of people that they can deploy in various ways.”

“Last time the war lasted for 20 years. How long will this one last?”

Locals in Mekelle told DW that war should be avoided at all costs.

“None of this is necessary. When a fighter jet flies overhead, it’s a worry not just for yourself, but for elderly people and children. I believe it’s better to create a situation where we can enter into negotiations.” “Trying to galvanize the war by providing false information as if there is animosity among the people is not helpful for anyone,” she said. “It is better to stop, think and negotiate by representing all Ethiopians for peace.

Another Mekelle resident, who didn’t want to be named, described the scene of an air attack over the city as eerily reminiscent of the country’s previous civil war.

“At around 11 a.m. when I was leaving the office, there was a horrifying sound,” he told DW. “It was an airplane. And then we heard a kind of explosion. Whether it was a bombing, I don’t know.

“When I went home, my kids couldn’t stop crying. We remember this from [previous conflicts] 20-something years ago. But for our kids it’s really shocking.”

Regional powers wait in the wings

Meanwhile, regional states are watching Ethiopia closely for signs that the fighting, which started on November 4, may turn into a protracted conflict.

Neighboring Sudan, in particular, may have a significant role to play in a potential war.

“In the 1970s and 1980s, the Sudanese acted as a conduit to allow supplies to reach the Tigrayans,” explains analyst Plaut.

Egypt is also currently locked in a confrontation with Ethiopia over the Grand Ethiopian Renaissance Dam on the Blue Nile.

“Will the Egyptians put pressure on the Sudanese to assist the Tigrayans?” wondered Plaut. “These are the sorts of things that need to be resolved.” 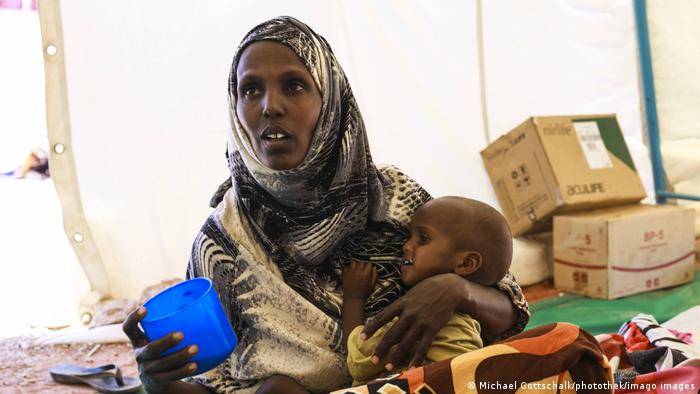 “People are sleeping out in the open,” said Will Carter, the country director for Sudan at the Norwegian Refugee Council. “There is some food, like porridge and water, but there are no toilets, showers or health services.”

With refugee numbers still expected to increase dramatically, the United Nations says it is now planning for tens of thousands of refugees over the next six months. It’s also seeking $50 million (€42 million) in immediate funding.

“Together with all the agencies, we have built a response plan for about 20,000 people. … We have already surpassed that figure,” said Axel Bisschop from UNHCR, the UN’s refugee agency.

N.F.L. Week 11 Predictions: Our Picks Against the Spread