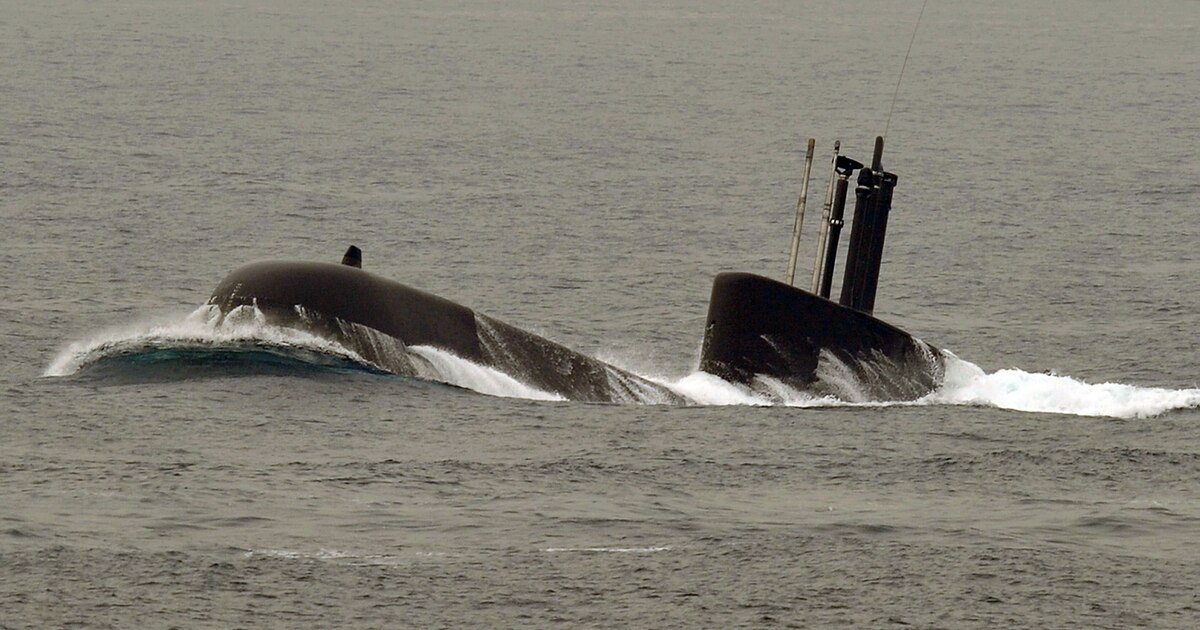 JERUSALEM — Israeli company Elta Systems has partnered with German firm Hensoldt to develop a single piece of technology for submarine masts that combines optics, communications and other sensors.

The Integrated Communication and Surveillance, or ICS, system combines Hensoldt’s optical surveillance optronics mast OMS 150 with Elta’s expertise in signals intelligence and satellite communications payloads. Elta, a subsidiary of Israel Aerospace Industries, said the product will address the need to combine operational possibilities on one mast while maintaining the submarine’s stealth capability.

“The collaboration is part of Elta’s new strategy, leveraging our advanced technological experience and know-how accumulated over decades of defense operations. This collaboration will bring value to our customers by offering a unique, cost-effective, compact and high-utility solution,” Elta CEO Yoav Tourgeman said.

The ICS system combines optics, radar warning, and monitoring of GPS and communications with other vessels and units.

A graphic shows the Integrated Communication and Surveillance system developed by Elta Systems and Hensoldt. (Courtesy of Elta Systems)

“The data gathered in real time can provide the submarine’s crew vital information regarding the enemy’s exact location and current situation. It is equipped with a SATCOM and Laser system for secure communications,” according to an Elta statement. The system is being rolled out as part of the European maritime trade show Euronaval, which is being held virtually this year due to the coronavirus pandemic.

Brent Sadler, a senior fellow for naval warfare and advanced technology at the Heritage Foundation think tank, said submarine forces are likely to grow in the coming years, which means “the market for periscopes is growing faster than in the recent past.”

A submarine’s periscope, along with other masts for communications, radar, SATCOM and optics, tend to festoon submarines, creating a small forest atop the vessel’s sail or conning tower. A submarine officer for 26 years, Sadler noted that “if you have less sticks sticking out of water, it’s less likely you’ll be detected, so having fewer masts cuts down on cross-section of radar and optical [protrusion].”

“So the trend is to reduce the number of masts you stick out of the water,” he added, “so if you have a periscope and need to do radio communications or listen for hostile radar, better to have that on one mast.”

According to two sources involved with developing the ICS system at Elta, the new integration seeks to provide submariners with additional capabilities that complement a naval task force. The demand for submarines is increasing, and as they performing less missions strictly alone, the subsurface boats need more sensors and communications tools to work with other vessels as well as airborne and ground assets.

Sadler points out that one of the challenges here is not only miniaturizing add-on payloads but also cooling the thermals because these additions and sensors add heat that can be detected.

The traditional dilemma for submariners is performing missions successfully while reamining stealthy, according to Elta naval systems expert and retired Israeli Navy commander Shlomi Dor. “You need a communication mast, and adding an ISR capability with SATCOM on the same periscope — it’s the only mast that keeps safety for submarine[s] … and communicate[s] to task force and headquarters, whoever you need to be in touch with. This mast is a very robust solution that I think will contribute a lot for mission’s sake all over the world.”

The integration of the ICS system on the mast can be done in a refit without changes to existing submarine infrastructure, according to Elta. Michael Sela of Elta told Defense News that the system builds on mature and field-proven sensors, and uses the company’s expertise in phased array SATCOM antennas and other technology. It is expected to be operational in the near future.

Developments in periscope design, among other technological trends, will impact submarine designs, perhaps making them smaller with taller periscopes, Sadler said. An uptick in submarine purchases means increasing economies of scale that lead to the research and development behind new designs.

But Sadler raised concerns about Elta’s parent company, IAI, cooperating with China on civil aviation projects. The West, in particular the United States, has raised the alarm over China’s involvement in the defense industrial base. That is also true for potential customers in Asia and Europe, where partnerships with China are being questioned more, he said.

“The capability has a niche and fills market demand, [but] make sure that the China connection [is] addressed.”

The congressional fight to scrap littoral combat ships isn’t over