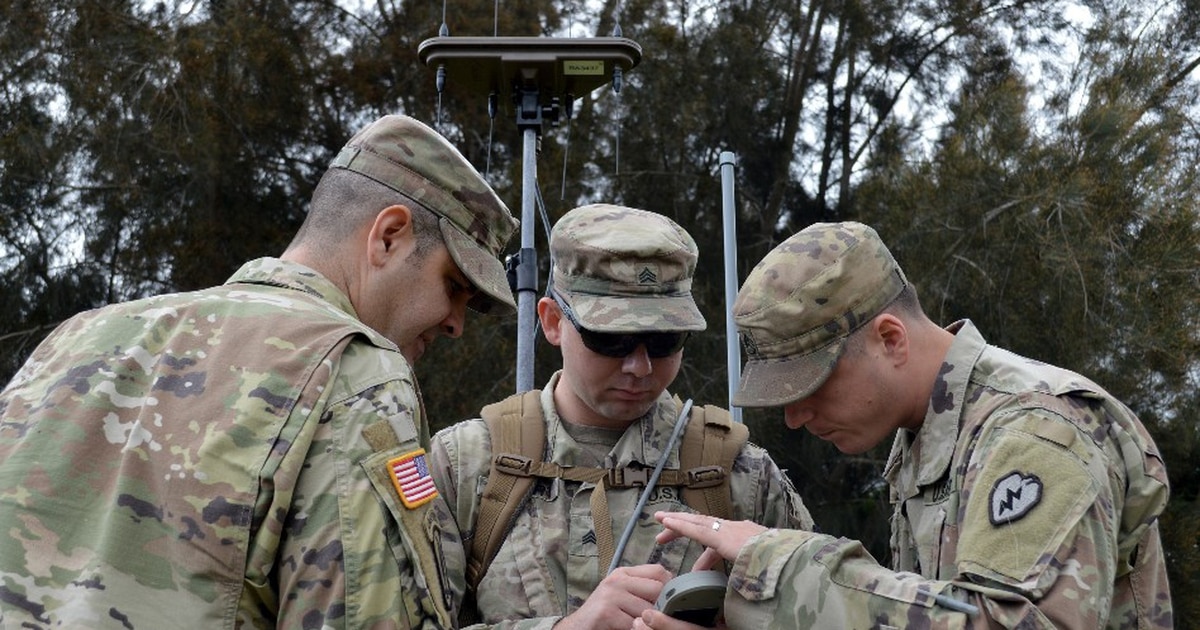 WASHINGTON — Officials expect a tool to jointly manage the electromagnetic spectrum to kick off next year, helping commands strengthen battle plans to track and stop threats over the waves.

Leaders have discussed the program, called Electromagnetic Battle Management, or EMBM, for some time, and it will now get started in fiscal year 2021. The electromagnetic spectrum has gained importance in recent years, with adversaries becoming more proficient in exploiting it to jam communications and geolocate units based solely on their electromagnetic signatures. As such, the Department of Defense has realized it needs to take a more holistic approach than just electronic warfare—the manipulation of signals—to planning and managing forces and systems within the spectrum.

“These folks need tools to be able to respond to what goes on in the electromagnetic environment,” he said in recorded remarks for AFCEA’s TechNet Cyber conference the week of Nov. 30. “We commonly refer to this [as] command and control of the EMS and having the tools necessary to gain superiority inside of that environment.”

The specialist cells exist at Central Command, European Command, Africa Command and Indo-Pacific Command, with INDO-PACOM and EUCOM being the most advanced.

Currently, these cells don’t have the spectrum management tools they need to provide adequate advice to commanders on courses of action and battle plans.

“They need tools to be able to operate,” Brig. Gen. Darrin Leleux, deputy director of the Pentagon’s electromagnetic spectrum operations cross-functional team, said in a webcast with C4ISRNET Nov. 12. “The electromagnetic battle management tools will provide those tools to the joint EMSO cells to assess, sense, provide a common operating picture on what’s going on in the electromagnetic spectrum, to geolocate EMS actors within the space, to determine where and how EMI—electromagnetic interference—might be taking place and offer alternatives to the commanders on how to counter and mitigate those threats.”

The EMBM tool is slated to be the primary electromagnetic spectrum solution to the Pentagon’s forthcoming Combined Joint All-Domain Command and Control concept, which aims to collect a raft of data from sensors and systems, and then deliver the information to war fighters in austere locations at the tip of the spear to make decisions at the increasingly rapid speed of war. (The “C” for combined was recently added to denote participation and cooperation with foreign partners.)

The agency released a request for information for the program and is analyzing the responses, intending to release a request for proposals over the winter, he added. EMBM is slated to run for five years.

In the run up to the program, the Defense Spectrum Organization has been supporting several efforts to prepare for and set the conditions for the new start next year, Rosner said.

These include conducting an evaluation of alternatives that led to the new program, improving situational awareness of the electromagnetic spectrum, improving decision support, and leading the development of the Joint Spectrum Data Repository, a clearinghouse of information.

The Defense Spectrum Organization participated in a joint technology demonstration for something called EMS View that helped drill down risk for EMBM. It has also worked with the Army on its Electronic Warfare Planning and Management Tool, which is being considered the front-runner for the eventual EMBM solution. The Army’s tool is a software suite that allows commanders and operators to visualize and plan operations within the electromagnetic spectrum.

Cluster of Alaskan islands could be single, interconnected giant volcano

Congress on track to extend pandemic reimbursement for contractors