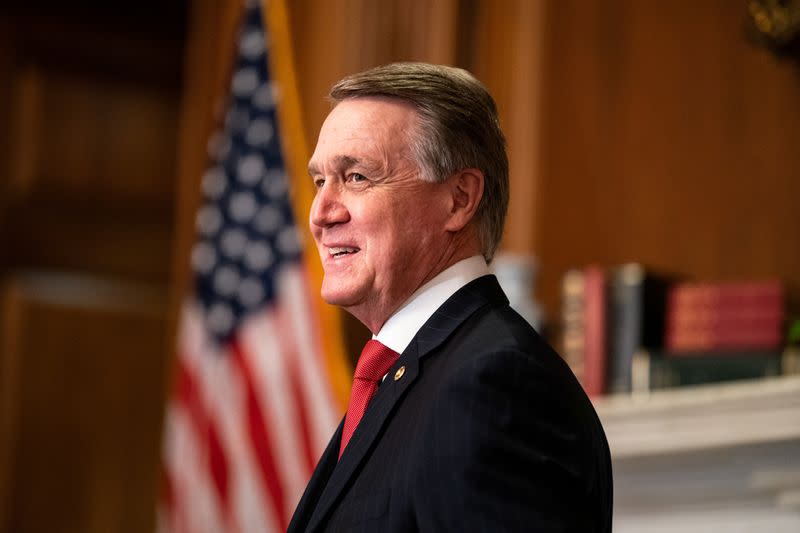 WASHINGTON (Reuters) – The U.S. Senate race between Republican Senator David Perdue and Democrat Jon Ossoff in Georgia appeared to be heading for a January runoff on Thursday, potentially making a pair of delayed elections that could determine control of that chamber.

Perdue, 70, a wealthy businessman and ally of Republican President Donald Trump, saw his leading share of the vote drop to 50% as ballot counting tightened his contest against Ossoff and Shane Hazel, a former U.S. Marine who is the Libertarian Party candidate.

“If overtime is required when all of the votes have been counted, we’re ready, and we will win,” Perdue campaign manager Ben Fry said in a statement.

The Ossoff campaign also issued a statement predicting that “when a runoff is called and held in January, Georgians are going to send Jon to the Senate.”

With Democrats trying to flip the traditionally Republican state, the runoffs could leave control of the Senate up in the air until two days after the next Congress is due to be sworn in on Jan. 3, creating a cloud of uncertainty for the next U.S. president’s legislative agenda.

Meanwhile, Georgia voters would be subjected to an extended and intense campaign season, with money and political influence pouring in from across the country, political analysts have predicted.

“Get ready Georgia. The negative ads against us are coming,” Warnock warned supporters on Thursday in a tweet with a humorous 30-second campaign ad depicting himself facing tongue-in-cheek accusations of eating pizza with a fork and knife, stepping on a crack and hating puppies.

In 14 competitive Senate races, Democrats outraised Republicans by $625.7 million to $386 million through Oct. 14, according to campaign finance documents filed with the Federal Election Commission.

“Folks please join me in sending a contribution to my good friend @ReverendWarnock!” Harrison tweeted.

Warnock had raised $22 million for his Senate campaign by mid-October, according to documents filed with the Federal Election Commission. Loeffler had raised $28.2 million.

Democrats would face an uphill battle flipping two Senate seats in Georgia. Ossoff, 33, an investigative journalist and media executive, ran a powerful campaign for a U.S. House of Representatives special election in 2017 but ultimately lost.

Democrats, who would need to net at least three Republican-held seats to win a Senate majority, ousted Republican Senators Martha McSally of Arizona and Cory Gardner of Colorado in Tuesday’s election.

But with Democratic Senator Doug Jones’s loss in Alabama, their net gain stands at just one Republican seat.

Only two other Senate races remain undecided. Republican Senators Thom Tillis of North Carolina and Dan Sullivan of Alaska are leading in those contests.

r/dataisbeautiful – Half of the US lives in these 146 counties. [OC]