Drawdown of US embassy in Kabul is under discussion, sources say, as Taliban makes rapid gains in Afghanistan 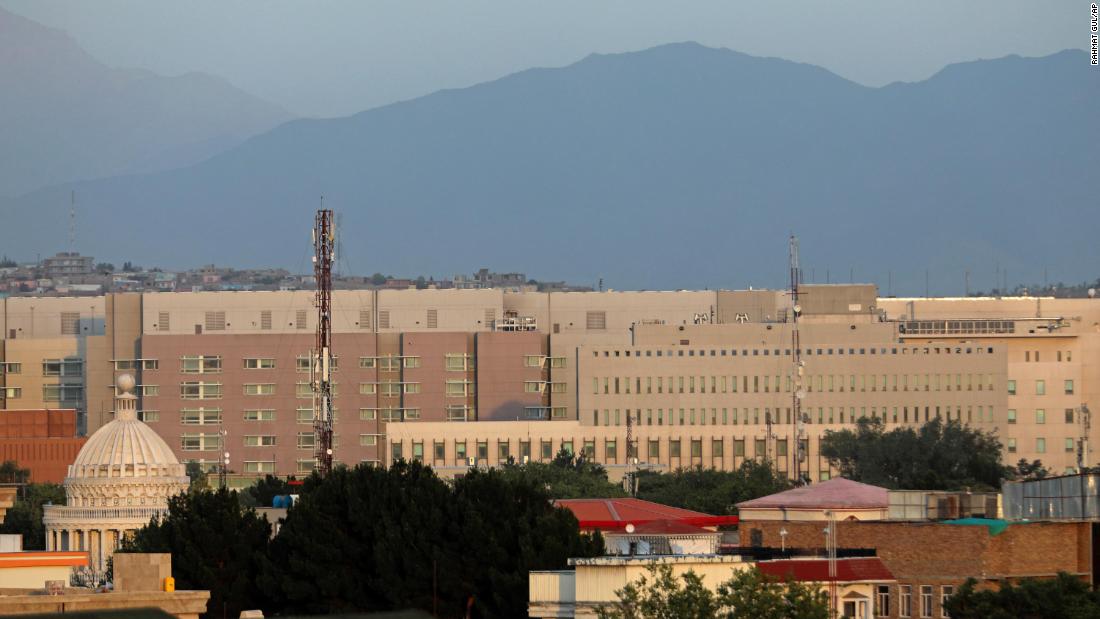 Those gains — which have occurred much more rapidly than many US officials expected — have made the situation more urgent and sped up the conversations that have been happening for some time now, one source said.

US officials are no longer talking about six months as the likely timeline for the government of Afghanistan to collapse; they now believe it could happen much more quickly, the two sources said. The US military began withdrawing from the country earlier this year and has completed more than 95% of the US troop withdrawal, which will be completed by late August.

Right now, the State Department is working to identify essential personnel in the embassy and it is likely that some kind of partial drawdown of personnel occurs in the coming days or weeks, the sources said. The embassy already reduced the number of diplomats in Kabul earlier this year where hundreds serve and has slowly continued to cut back on the overall footprint in recent months. A partial drawdown would be a continuation of efforts to shrink the overall US footprint due to the security situation.

No final decision has been made about the details of an additional drawdown, but the decision is expected to become more clear in the coming days, sources said.

When asked about these discussions, State Department spokesperson Ned Price said the US “posture has not changed” since the embassy went on ordered departure in April. Price added that the department is evaluating the threats on a daily basis “to determine what the staffing posture that is in the best interest for those serving at the embassy, and how we might be able to continue to keep them safe.”

Some Biden administration officials who were resistant to pulling US diplomats out are beginning to change their tune and agree with the more prudent approach of officials who want to begin the process now — even if that only means pulling out a small number of US contractors and diplomats — before any major number of personnel have to be pulled out under duress, one source said. The US does not feel that the Afghan capital is under immediate threat, one source and one defense official said, but the sense of it is the Biden administration must be prepared.

A defense official said the US military would broadly favor a decrease in the number of personnel at the US embassy because if an evacuation becomes necessary, it is harder to do so with more people. This official told CNN that the military is maintaining a constant security and transportation capability to be ready in case they need to evacuate the embassy. But the defense official also emphasized the military is aware the decision about the embassy rests with the State Department.

If an evacuation of the embassy is ordered, the US plan would be to put a number of US troops on the ground at the time to ensure security at the embassy, the airport and the roads and airspace between the two, according to the defense official. It would be very robust in no small part to send a message to the Taliban to not interfere.

State Department officials have repeatedly said they intend to maintain their diplomatic footprint in Kabul after the US troop withdrawal is complete. However, a further reduction of personnel at the embassy will quickly fortify concerns that the US is leaving Afghanistan while it descends into a possible civil war, and bring into question the Biden administration’s claim that they will be able to maintain diplomatic support for the Afghan government.

“We’re withdrawing our forces from Afghanistan, but we’re not leaving Afghanistan. We will remain engaged diplomatically, supporting Afghanistan with economic, humanitarian, development assistance, assistance for their security forces, and doing that with our partners,” Secretary of State Tony Blinken said last month.

President Joe Biden has echoed these sentiments, saying the US will maintain its diplomatic presence in the country.

The State Department had already decreased the number of personnel at the US Embassy in Kabul — one of the biggest US diplomatic outposts in the world. In April, the department “ordered the departure from U.S. Embassy Kabul of U.S. government employees whose functions can be performed elsewhere due to increasing violence and threat reports in Kabul.”

This weekend, the embassy urged US citizens in Afghanistan to depart the country “immediately using available commercial flight options.”

“Given the security conditions and reduced staffing, the Embassy’s ability to assist U.S. citizens in Afghanistan is extremely limited even within Kabul,” the embassy security alert said.

Despite the drawdowns that have already occurred the embassy in Kabul “continues to pursue its full agenda of issues, including support of peace, security, economic, humanitarian, and other assistance, cooperation on counterterrorism and law enforcement, consular services, including especially the Special Immigrant Visa program, and public affairs,” a State Department spokesperson said.

But while these core functions are being carried out, there are limits to what the diplomats are able to do on the ground given security concerns.

“It is a challenging security environment,” said Price on Tuesday. “Were we confident, were we comfortable having a larger staffing presence there, we would, but we are evaluating the threat environment, on a daily basis.”

The discussions about a drawdown are occurring as the US continues to press for a diplomatic solution even as the Taliban continues to take territory by force.

US Special Representative for Afghanistan Zalmay Khalilzad left for Doha on Sunday “to help formulate a joint international response to the rapidly deteriorating situation in Afghanistan,” the State Department announced Monday.

Khalilzad “will press the Taliban to stop their military offensive and to negotiate a political settlement, which is the only path to stability and development in Afghanistan,” the department said.

In recent weeks, the State Department has also given close allies the option to maintain a small diplomatic footprint by co-locating side by side the US on the grounds that used to be occupied by the NATO Mission Resolute Support, according to three sources familiar with the situation. The State Department and their contractors have taken over the operations and security of those grounds which are right next to the US embassy.

Some countries are considering it, but do not see the current moment as an opportune time to make that decision given the quickly disintegrating security situation. There are also some concerns about the durability of some of the structures on the grounds which are now referred to as “embassy south.”

Meanwhile, as the Taliban gains intensify, US allies are quietly sharing a blunt message with their American counterparts: the US needs to take action to stop the offensive, according to US diplomats overseas.

“German officials feel like, ‘You need to fix this,’ and they are telling us that,” explained one US diplomat.

This story has been updated with additional details Tuesday.