‘Does Anyone Believe It?’ Eric Trump Questions Biden’s Feat of Getting More Votes Than Obama in 2012 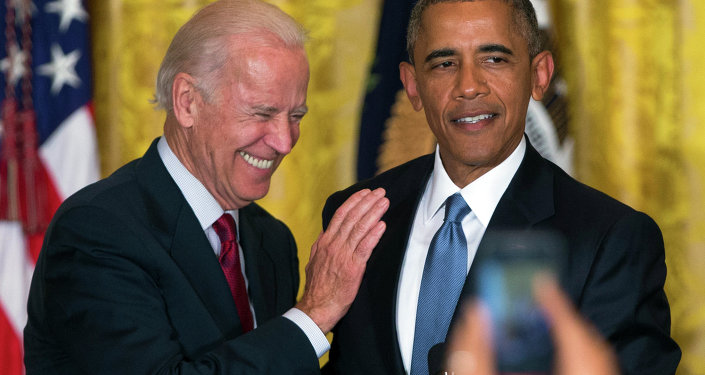 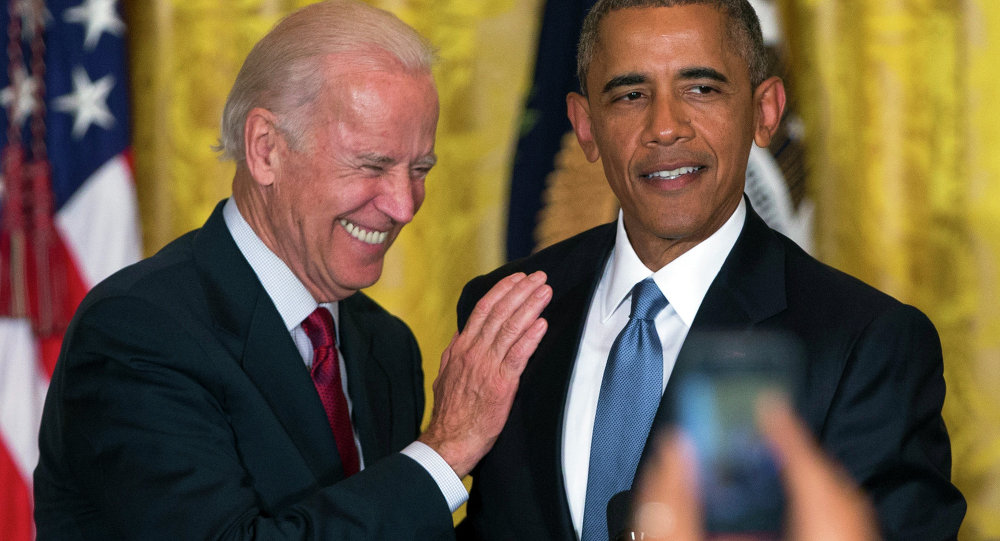 The Trump campaign earlier called out “irregularities” in the vote counting in several states that saw a late surge in ballots in favour of Biden and that suddenly turned blue after previously leaning red.

The son of the US president, Eric Trump, has called into question Joe Biden’s ability to amass 8.89 million more votes than his former running mate on the Democratic ticket, Barack Obama, in the 2012 election, citing the purported inability of the Democratic candidate to fill a room during pre-election rallies. As of 7 November, with counting still going on, Biden has accumulated over 74,811,000 votes as opposed to Obama’s 2012 result of nearly 66 million votes and an even greater result than the 69.5 million votes in 2008.

Does anyone believe that Biden, a candidate who had a tough time filing a room, got 8.89 million more votes than Obama 2012? This while @realDonaldTrump set vote records never seen before in the Republican Party (achieved 7.5 million more votes 2016) and is “down”?

Eric Trump went on to wonder in his tweet how his father, who set a new record for votes gained by a GOP presidential candidate in the 2016 election, could be “down” in 2020.

In an apparent reference to allegations of voter fraud that purportedly tipped the scales in favour of Biden in several states, Eric Trump recalled claims that the Democrats had “orchestrated” the Russia probe targeting POTUS and his 2016 campaign, and wondered what else the Democratic Party might be capable of.

If they can orchestrate the Russia Hoax….

POTUS’ son’s remarks regarding Biden’s preliminary results come as the president’s campaign is accusing the Democrats of engaging in voter fraud, resulting in “irregularities” in the vote counting and red-leaning states flipping blue at the last moment. This appeal found an audience on Twitter, with numerous netizens admitting that they are also struggling to believe that a candidate like Joe Biden could amass such support.

I still can’t believe @JoeBiden was the best they could come up with let alone get more votes than Obama. I don’t know one dem who likes Joe, so if they didn’t like your dad, they just didn’t vote. That’s the truth

I think about 20M would vote for Biden. I thought at first it would be less but I’m reminded to not over estimate the globin left.

Several netizens noted that they were expecting a far worse result for the Democratic candidate and are unpleasantly surprised to see him in the lead after four days of counting ballots.

Heck no I don’t believe- I didn’t even like him when Obama ran.

Yep that confirms it. I’m moving to Mexico, I have already taken Spanish lessons so I am ready to go there, I can’t stay in this country any longer with Biden leading in the election by cheating and fraud. RIGGED!!!😡🤬

Numerous netizens pointed out, however, that Eric Trump’s point doesn’t hold water, as the number of American eligible voters has likely increased since 2012 and that the 2020 election simply had a higher turnout.

It’s very simple Eric, more people came out to vote than ever before. Biden didn’t have trouble filling a room. Biden put safety during a pandemic first unlike your father who held spreader events.

Others had no trouble believing the Democratic candidate could pull off such a feat and surpass the result of Obama, with whom Biden twice ran on the same ticket.

Four days after the polls closed late on 3 November, some of the states that are crucial to determining the winner are still counting the last votes in the presidential election. Several states, namely Michigan, Georgia, and Pennsylvania, have since stopped leaning red and have in recent days instead been showing the Democratic candidate in the lead. This sparked accusations from Donald Trump and his campaign against the Democratic Party of voter fraud, citing earlier concerns about the security of mail-in voting. POTUS also demanded that state authorities “stop counting” late-arriving mail ballots, calling them illegal.

27 ‘Animal Crossing’ Tips to Up Your Island Game