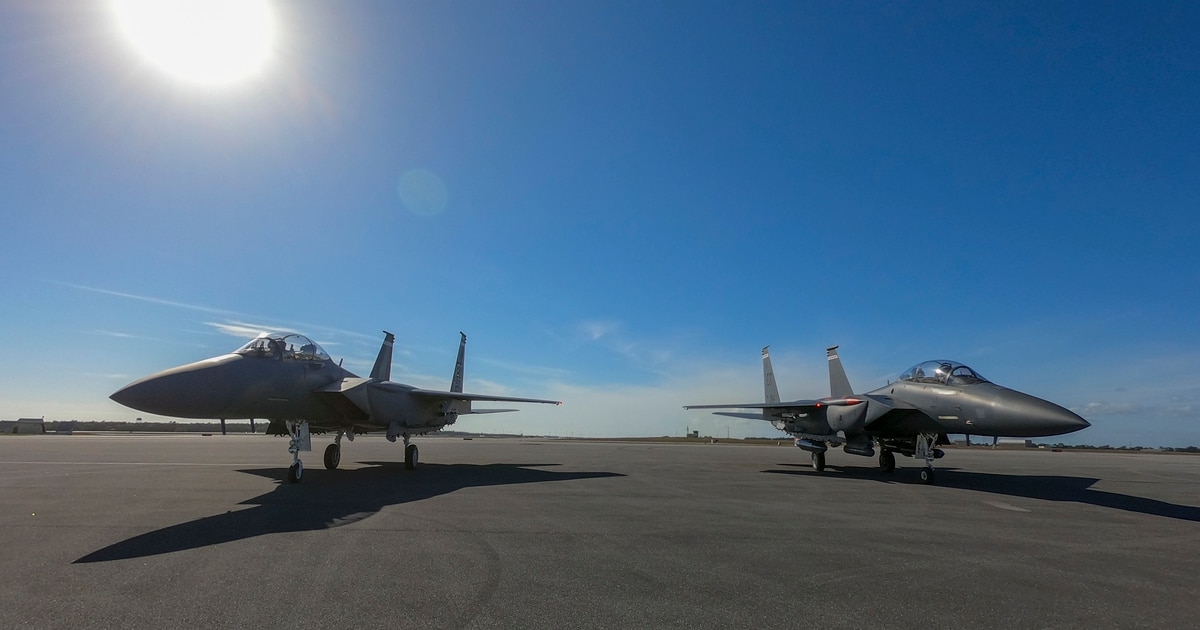 Senate Armed Services officials on Thursday unveiled plans for a $740 billion defense authorization bill which includes billions more in equipment purchases than the White House requested and a massive change in how serious crimes are handled by military officials.

The measure also for the first time would require women to register for the possibility of future military drafts and boosts parental leave to 12 weeks for all service members after the birth, adoption or foster care placement of a child.

“[This bill] provides for military families while strengthening America’s industrial base and the workers who contribute to our national security,” committee Chairman Sen. Jack Reed, D-R.I., said in a statement.

“This year’s markup provides our troops and Defense Department civilians with a well-deserved pay raise, as well as new tools and reforms to protect the health and well-being of our servicemen and women and their families.”

The defense policy bill is one of the most significant pieces of legislation passed by Congress each year, setting spending priorities and defense policies for the coming fiscal year. The version adopted by the committee Thursday will still have to pass the Senate and survive negotiations with the House before it can be signed into law.

Still, the 23-3 committee vote to advance the legislation signals bipartisan support for the plan, a rarity in the politically divided Congress and a change from just a few weeks ago, when numerous Republicans on the panel indicated they may not offer support for the measure.

The largest change which may have swayed many Republican votes was the addition of $25 billion in top line spending for the Defense Department next year.

President Joe Biden’s proposed fiscal 2022 budget for the department was about $716 billion, a slight boost over this year’s spending levels but less of an increase than the expected rate of inflation.

Republican lawmakers in the House and Senate have lobbied against that figure for weeks, saying it is insufficient to counter threats like a growing Chinese military and terrorist groups worldwide.

“This is a big win for our national security and sends a strong message to both our allies and adversaries that America is prepared to stand up for ourselves and our friends,” ranking member Sen. Jim Inhofe, R-Okla., said in response to the committee’s funding increase.

“The world we face today is more dangerous than I’ve seen in my lifetime, and our military must be ready to meet any and all challenges we face.”

But the decision likely sets up a showdown later this year over defense spending levels with the House Armed Services Committee, whose chairman — Rep. Adam Smith, D-Wash. — has called the $716 billion mark adequate for military needs.

House progressive lawmakers also criticized the $716 billion level as too high in their chamber’s appropriations committee debate earlier this month. They have noted that defense funding has seen significant increases in recent years, while other domestic agencies have seen flat budgets or cuts.

The higher topline would help pay for an expansion in weapons procurement and development next fiscal year.

Lawmakers called for additional funding for the F-35 program, including $85 million to buy an additional F-35A for the Air Force and $535 million to purchase an additional five F-35C aircraft. While both the Navy and Marines buy that version of the jet, the summary does not specify which branch is making those purchases.

The committee also added $175 million for power modules to help ameliorate a shortage of the joint strike fighter’s F135 engine.

Lawmakers also added $130 million for Navy’s biggest acquisition priority, the Columbia-class ballistic missile submarine program. That sum would underwrite “industrial base development and expansion” that would benefit both the Columbia and the Virginia-class attack submarine programs.

And another $350 million was added to the plan to accelerate the construction of the ninth America-class amphibious assault ship and $270 million for expeditionary fast transport vessels. However, a proposed purchase of used sealift vessels received a $300 million cut, with the committee noting that “prior year funds have not been obligated.”

For the Army, the committee authorized an increase of procurement funding for a range of combat vehicles, including a combined $746 million for the Abrams tank, Bradley fighting vehicle, Paladin self-propelled howitzer, and Joint Light Tactical Vehicle.

Bolstering research and development of advanced technologies meant to counter the fast-paced China threat was also a goal of the bill. The Committee added $1 billion in additional science and technology funding to pay for research and prototyping activities in areas such as artificial intelligence, microelectronics, advanced materials, 5G and biotechnology.

It also authorized an additional $500 million for Defense Advanced Research Projects Agency, which conducts some of the department’s most high-risk technology development efforts.

Along with the funding fight, the language requiring women to register with the Selective Service System could cause friction with House lawmakers later this year.

The language reflects recommendations from an independent commission created under a prior authorization bill that found the reasons for excluding women from registering are largely moot now, with all combat posts open to both women and men. However, the idea has faced strong opposition, especially from some conservative lawmakers.

Another major showdown with House lawmakers this fall will center on proposed changes to how military prosecutors handle felonies and other criminal offenses.

The Senate panel included all of the controversial Military Justice Improvement Act in its authorization bill draft, a move that will remove legal decisions on sexual assault and other serious crimes from the traditional military chain of command. Instead, decisions on whether to pursue or drop charges will be handled by a yet-to-be-established independent office of military prosecutors.

The effort is the culmination of eight years of lobbying from Sen. Kirsten Gillibrand, D-N.Y., who has argued that military commanders should not have the ability to overlook and under-pursue serious crimes in the guise of sustaining military readiness.

“We have before us the opportunity to provide our service members with a military justice system worthy of their sacrifice,” Gillibrand said of the proposed changes on Thursday.

Defense Secretary Lloyd Austin has backed plans to take sexual misconduct crimes out of the hands of military commanders, an acknowledgment that other efforts in recent years to prevent and punish such offenses have fallen short.

But he and others — including Reed — have resisted moving all serious crimes into a separate prosecutorial category. Gillibrand has countered that treating sexual misconduct differently from other crimes would only complicate the situation.

In the end, her arguments won over enough of the committee to be included in the final draft. House Armed Services Committee lawmakers are expected to have a similar contentious debate when they take up the matter in September.

The committee’s authorization bill also includes several other provisions related to sexual assault prevention and response, including plans to make sexual harassment a standalone offense punishable under the Uniform Code of Military Justice.

Along with the 2.7 percent pay raise, committee members approved plans for military end strength of more than 1.3 million active-duty troops.

Sen. Tammy Duckworth, D-Ill., has pushed for the pay equity in recent years, citing concerns that some part-time troops are receiving less money for identical training and work as their active-duty counterparts.

The legislation includes 12 weeks of parental leave for all service members, fixing a disparity between services in time off allowed for parents.

It would also establish a “Basic Needs Allowance” to ensure that lower-paid troops have enough money to avoid financial distress, an idea that has been proposed but ultimately rejected several times in recent years.

As it does every year, the authorization bill also includes language needed to renew dozens of military specialty pays and bonuses. If the legislation is not finalized by Jan. 1, military officials will have to delay awarding many of those payouts.

The full Senate is expected to vote on the authorization measure after their August recess. The House Armed Services Committee is expected to finalize its companion legislation at the start of September, with a potential chamber vote later in the month.

The new fiscal year begins on Oct. 1, but the final bill is not expected to be completed by then. The authorization bill has passed out of Congress for 60 consecutive years, but only once in the last 11 years has Congress finished their work on the bill before the start of the new fiscal calendar.