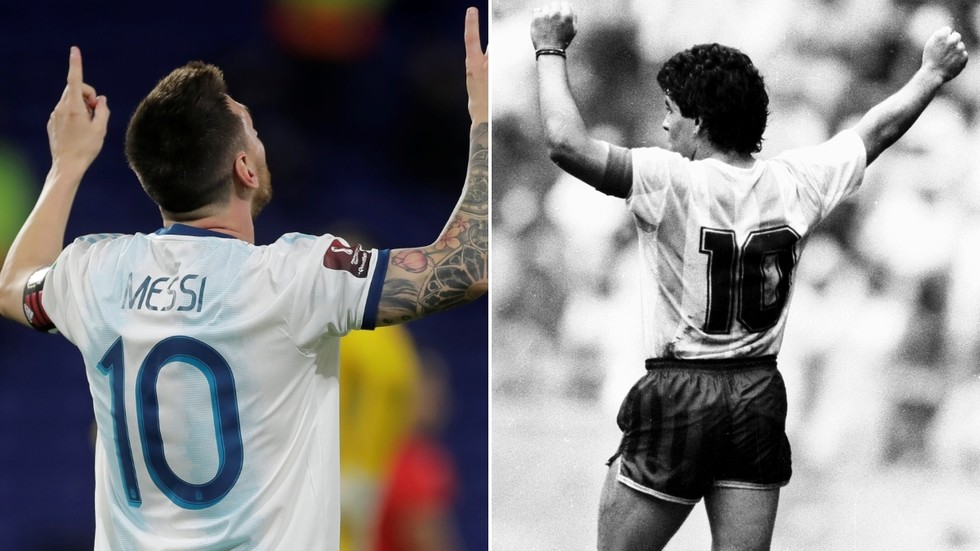 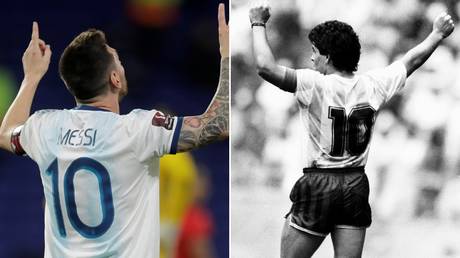 Lionel Messi has been asked to consider pushing to retire the famous Barcelona number 10 jersey in the wake of the death of the most famous player to ever wear it, Diego Maradona.

The football world remains in a state of mourning following the unexpected death of the 1986 World Cup winning icon last week, with waves of emotion still reverberating around the game as the sport pays tribute to one of its most famous sons.


Napoli, the club at which Maradona enjoyed his best domestic form, have put plans in motion to rename their stadium in the Argentine’s honor, while various other tributes have been considered to mark the passing of one of football’s greatest ever players.

The man considered by most to be Maradona’s successor, Lionel Messi, has been under a particularly bright spotlight in the days since his passing.

Messi paid his own tribute to Maradona several days ago when he removed his Barcelona jersey after scoring in his side’s 4-0 win against Osasuna to reveal the famous black and red Newell’s Old Boys jersey – the Argentine team at which both Maradona and Messi once played.

But according to Diego Maradona’s son, he wants Lionel Messi to go one step further – by requesting to retire Barcelona’s famous number 10 jersey.

“In the teams where he played, I think so, including Barça. I have no doubt,” Diego Armando Maradona Sinagra said when asked by Mundo Deportivo if the 10 jersey should be withdrawn from his father’s former clubs.

This comes after Andre Villas-Boas, manager of Ligue 1 outfit Marseille, called on ALL number 10 jerseys in the game to be retired – and while this may not be practical, Maradona Jr. says that he has been touched by the tributes to his father, and in particular that of Lionel Messi.

Also on rt.com
‘The best homage we could pay’: Marseille boss Villas-Boas calls to retire the number 10 from ALL CLUBS as tribute to Maradona


“It moved me a lot,” he said. “They have been very emotional days. Leo’s [tribute] was special, very nice.

“It got to me a lot, it made me cry. Also that of Napoli; the celebration of Gimnasia; what happened in Boca, where [Maradona’s daughter] Dalma was. They were strong emotions.”

India court orders installation of CCTVs at every police station

US planning ‘outreach building’, not consulate in east Jerusalem