Despite pressure from lawmakers and pandemic, French defense budget to remain unchanged 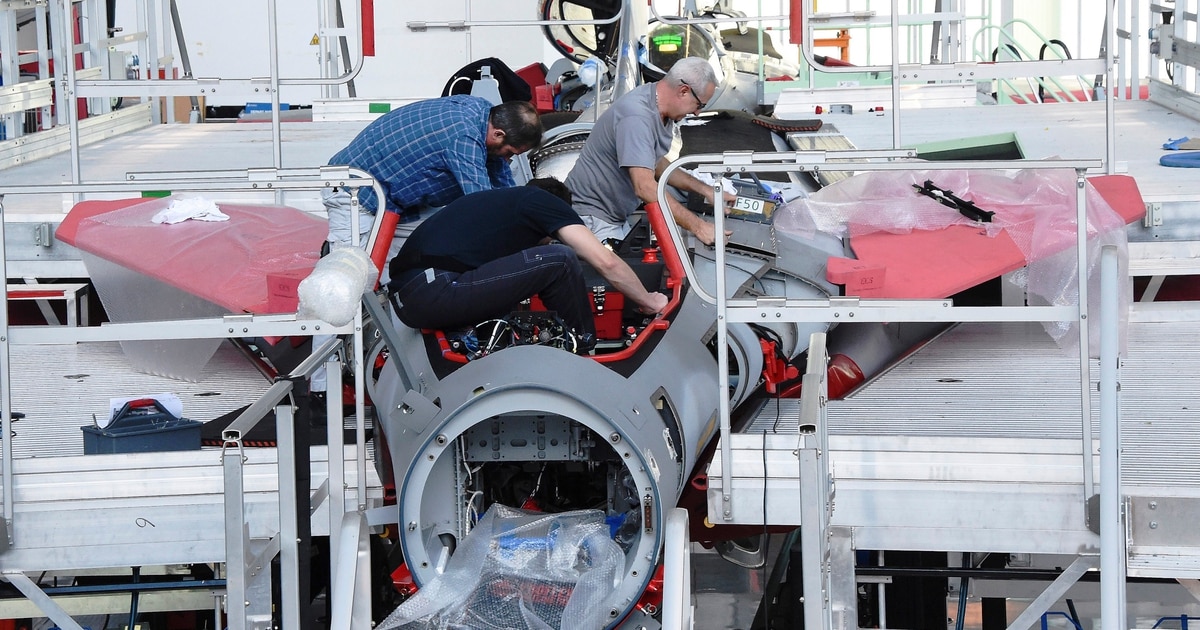 PARIS — Despite calls from French lawmakers for the nation’s defense industry to receive extra financial support from the government to counter the negative effects of the coronavirus pandemic, the 2021 defense budget will remain unchanged.

Armed Forces Minister Florence Parly said last week that the 2021 defense budget — planned before the pandemic as part of the 2019-2025 military program law — represents “the third year in a row that we have followed the military program law to the letter: This is an unprecedented effort, with an additional €1.7 billion [U.S. $2 billion] or so every year.”

She added that the armed forces since 2019 have had €18 billion more to spend than in 2017, noting that between 2019 and 2023, the military investment budget will total €110 billion, which is more than the €100 billion national recovery plan announced by the French government last month to support a suffering economy.

But Françoise Dumas, president of the National Assembly’s National Defense and Armed Forces Committee, had called for “defense to be at the heart of the future recovery plan.” And Cédric Perrin, vice president of the Senate Committee on Foreign Affairs, Defence and Armed Forces, argued “there is no specific component of this €100 billion plan for the defense industry sector.”

The €49.7 billion French defense budget for 2021 includes payment appropriations of €39.2 billion, which is an increase from the previous year, as planned in the 2019-2025 military program law. Of this, a record €22.3 billion is earmarked for modernizing equipment and buildings; €12.3 billion will go toward wages; and €4.6 billion is appropriated for operating costs.

The government’s department focused on veterans’ affairs is to receive €2 billion of the total defense budget, and the remaining €8.5 billion will go toward pensions.

What about the recovery plan?

In early June, the government revealed a series of recovery plans aimed at specific industries particularly hard hit by the pandemic. Though the defense sector was not the sole target of the €15 billion aeronautics recovery plan, it nevertheless benefits from the funds, given France’s aeronautic giants — Airbus and Dassault Aviation — are active in both the civilian and military sectors, as are their two major suppliers, Safran and Thales.

There are about 1,300 companies ranging from startups to major firms in the French aeronautics sector, and they employ approximately 300,000 people.

The recovery plan is not aimed at the four major companies, but rather in helping their supply chain involved in specific projects, such as modernizing production tools, research and development efforts, and digital transformation.

As a condition for receiving the government funds, the four large companies promised to “consider favorably” offers made by suppliers in France and within the European Union based on global cost, while also taking into account litigation risks, the reliability of after-sales services, the conformity of products and services, their societal and environmental responsibility, and their innovation.

The Armed Forces Ministry is participating in the recovery plan by spending €832 million on five measures to ensure “an immediate workload for the whole sector.”

The second measure is an order for a light surveillance and reconnaissance aircraft; the third is an early order for eight H225M Caracal helicopters for the Air and Space Force; and the fourth is for a naval airborne drone system (known by its French acronym SDAM) and an onboard mini-drone (SMDM).

The fifth measure is for 12 helicopters (two EC-145s and 10 EC-160s) for the Gendarmerie and the civil security force.

The ministry’s contributions also include €300 million in subsidies for suppliers and subcontractors, as well as €1.5 billion spent over the next three years to support R&D and innovation.

What are the defense funds going toward?

Under the defense budget, the Army will procure:

The Air & Space Force is acquiring: