Despite growing pains, the KC-46 will begin “limited operations” soon 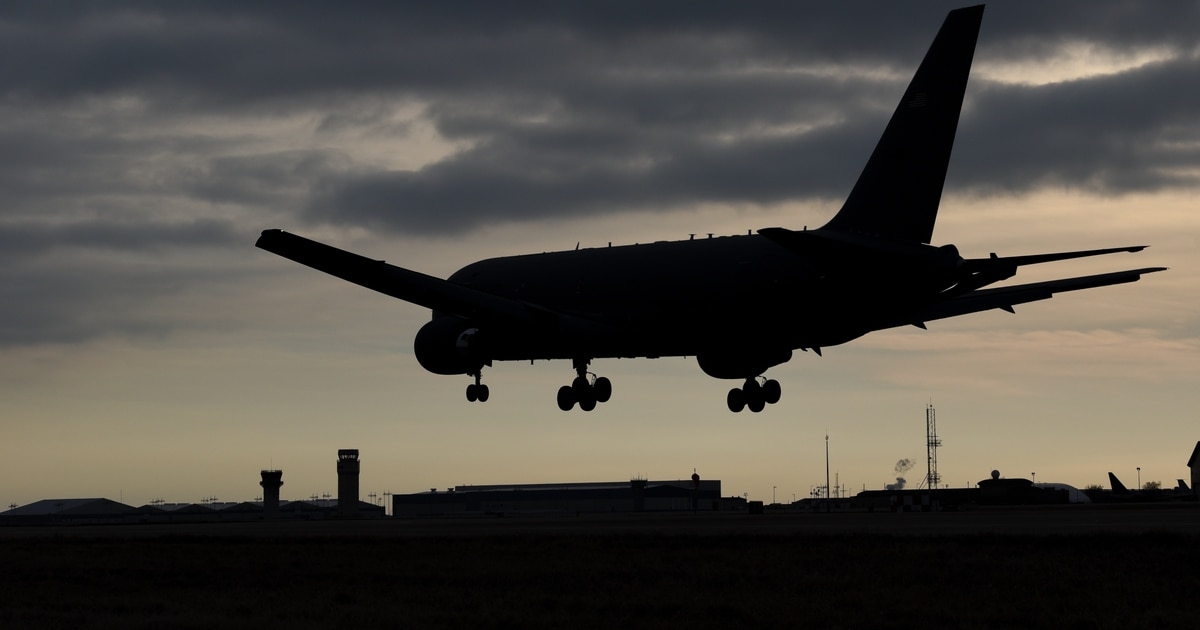 JOINT BASE ANDREWS, Md. — The Air Force is gearing up to begin offering some of its new KC-46 tankers for operational use as early as this year, although continued technical issues will keep the aircraft from being flown in combat.

Under the new plan, announced by Air Mobility Command head Gen. Jacqueline Van Ovost on Feb. 24, the Air Force will commit a certain number of KC-46s to execute operational missions tasked by U.S. Transportation Command, which manages how the U.S. military transports people and equipment around the globe.

“You may be surprised to know that the KC-46 is already executing four to six missions daily in support of service and joint training missions. In fact, since last October, the KC-46 executed more than 650 missions across the globe,” Van Ovost told reporters during a roundtable Wednesday.

“For example, today the KC-46 may provide aerial refueling for F-16s participating in a U.S.-based training exercise,” she said. “Under this new approach, if AMC is tasked to provide [aerial refueling] support for an operational coronet mission to move F-18s overseas or an operational B-52 mission, the KC-46 is on the table, which frees up KC-135s and KC-10s to execute other combatant command deployments that the KC-46 is presently unable to support with its existing deficiencies.”

Air Mobility Command is still finalizing the conditions that will need to be met before it makes KC-46s available to U.S. Transportation Command.

Van Ovost said that “until these measures are met, the KC-46 will not be cleared to provide operational support for a particular mission set or a milestone.”

The Air Force has yet to determine how many tankers will be presented and when, said Brig. Gen. Ryan Samuelson, who leads the Air Force’s KC-46 cross functional team, which coordinates the continued development and fielding of the tanker. However, the team hopes the new tanker reaches limited operations later this year, he told reporters during a Feb. 23 event at Joint Base Andrews, Md.

“As we looked at all of its mission sets — cargo, air refueling, aeromedical [evacuation], passenger movements — what we realized is over the last year, the crews are becoming more seasoned, the system is getting more primed to support the aircraft, and our confidence level is gaining that we actually have operational capacity out there that we can provide for the joint force,” he said.

“Every mission set that this aircraft can take off of those older tanker fleets, that’s more capacity back to the combatant commands, and it relieves that stress on our current tanker fleet.”

However, there are a number of missions that the KC-46 will not be permitted to perform until its critical deficiencies are resolved and the Air Force deems it fully operational, Van Ovost said. Namely, it will not be allowed to do wartime missions in the Middle East for U.S Central Command, nor will it be tasked for missions in U.S. European Command or U.S. Indo-Pacific Command.

It will be restricted from refueling stealth planes such as the F-35, F-22 and B-2, which all feature a low observable coating that protects them from radar detection, Samuelson said. Air Force officials believe the KC-46 is at higher risk of damaging stealth coatings with its refueling boom because of longstanding issues with the Remote Vision System, the system of cameras and infrared sensors used by operators to steer the tanker’s boom into a fuel receptacle.

Refueling the A-10 Warthog is also off the table, due the stiffness of the boom. The Air Force is financially responsible for fixing this issue, as it approved Boeing’s boom design in 2016. The service awarded the company an additional $55.5 million in 2019 to design a new boom actuator to solve the problem.

And Van Ovost stressed that the KC-46 would only be permitted for limited operational use as long as efforts to fix remaining critical deficiencies do not slow down.

“I remain confident that accepting the KC-46 with known deficiencies offers the fastest route to fielding a fully operational weapon system,” she said. “That said, serious deficiencies and restrictions remain with the KC-46 weapon system, and Boeing is still responsible for installing Remote Visual System 2.0 and redesigning the boom telescope actuator.”

Van Ovost, Samuelson and others recently briefed Transportation Command leaders about the plan to make the KC-46 available for operational missions. Van Ovost charcterized the TRANSCOM officials as “receptive” to the plan.

They also briefed Acting Air Force Secretary John Roth, Air Force Chief of Staff Gen. Charles “CQ” Brown, and several members of Congress — all of which flew aboard KC-46s this week during orientation flights meant to showcase the performance of the KC-46 and its ability to refuel aircraft like the F-15 and F-16, as well as to give those stakeholders more information about the tanker’s ongoing challenges.

So what sort of missions will the KC-46 be allowed to perform as it moves into an “operational” status?

Samuelson said that was still to be decided, but would likely include demonstrations and exercises, aerial refueling missions that use the tanker’s centerline drogue system, stateside coronet flights where the KC-46 refuel fighters as they traverse large distances, or potentially even some overseas activities.

Amazon says its Luna cloud gaming service is available to try for free in the US on select Fire TV devices, after launching as invite-only last year (Jon Porter/The Verge)