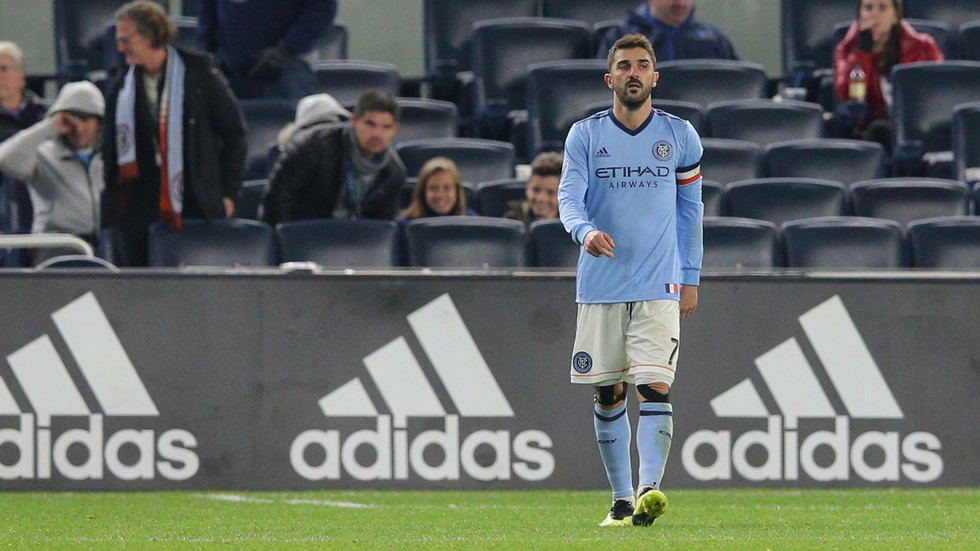 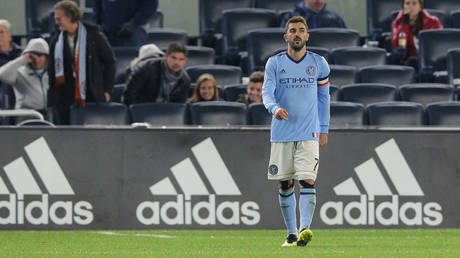 Skyler Badillo, a former intern at MLS side NYCFC, has alleged that Spanish record goalscorer David Villa repeatedly harassed her during his time in the US and that club bosses failed to act when made aware of the situation.

Former Barcelona and Valencia man Villa was an instant success in Major League Soccer, finding the net an impressive 80 times in just 126 appearances in his four seasons with the New York club but as successful as he was on the field, questions are being asked as to his behavior off it after The Athletic published a wide-ranging interview with Badillo in which she alleges multiple instances of sexual harassment against the 38-year-old.

Also on rt.com
‘He left my life in a SHAMBLES’: World Cup winner Villa accused of sexual harassment in US


Furthermore, Badillo claims that NYCFC were aware of her complaints against the club’s star striker but failed to address the issue in any meaningful way.

Badillo first referenced her allegations on Twitter over the course of the summer, writing that the repeated incidents had left her unsure of pursuing her career in professional sports.

“The harassment I went through at NYCFC was so bad that now the idea of professional sports terrifies me,” she wrote

The harassment I went through at NYCFC was so bad that now the idea of professional sports terrifies me. Staying in the field of athletics terrifies me. I’m changing my entire career because the shit they did to me ruined my dreams.

I thought I was getting the opportunity of a life time when I got that internship. What I got was David Villa touching me every fucking day and my bosses thinking it was great comedic material. Women brave enough to tell their stories this loudly are my heroes. Someday.

“Staying in the field of athletics terrifies me. I’m changing my entire career because the sh*t they did to me ruined my dreams. I thought I was getting the opportunity of a life time when I got that internship.

“What I got was David Villa touching me every f*cking day and my bosses thinking it was great comedic material. Women brave enough to tell their stories this loudly are my heroes. Someday.

“I still find it hilarious that I was constantly told I had a terrible attitude at that job like I wasn’t showing up every day knowing I was gonna be groped or mocked or two hand shoved in the back. Of f*cking course I had a bad attitude!“

Villa, meanwhile, “strongly” rejected the allegations, writing on social media that Badillo’s claims are “totally false“, but the club nonetheless announced an internal review into the reported incidents.

Earlier this month, NYCFC that a misconduct investigation found that “a small number of players and staff” did not act in accordance with the club’s standards in their interactions with the intern and with other club staff.

“This behavior included unnecessary physical contact, teasing, and comments regarding clothing and appearance. The club found that this behavior was inappropriate and unacceptable.”

Individual players or staff members were not named in the statement.

Badillo also maintained that the “vast majority” of club employees were respectful towards her, but that Villa was certainly not among them.

“He started telling me that he loved me that week,” says Badillo. “That would end up being a constant. He would say it to other people, that he loved me. If I was walking out of the room, he’d yell it. If Melvyn [Pamplona, assistant trainer] was standing there he’d tell Melvyn that he loved me.“

Also on rt.com
‘I was warned by other women’: Scandal over alleged sexual harassment ERUPTS at Redskins as NFL team owner faces pressure to QUIT


And as Badillo described further to The Athletic, coming clean about the emotional stress she was under in her two years with NYCFC might actually prolong it – but she sees it as a necessary risk to highlight her turmoil in the hopes that it can help someone else in the future.

“It was a miserable two years there, and a miserable few months now spent talking about it,” Badillo said. “I don’t expect it to get better when this is published. There’s not a ton to gain here for me, but I think a lot about how lonely it was to be in that position while I was there.

“So if me sticking my neck out and telling my story helps one other person who was harassed by him, or at the club – or anywhere – feel even the slightest bit less alone, then it will have been worth it.”