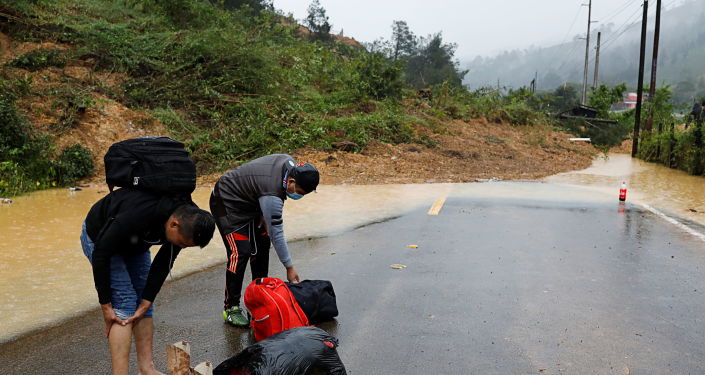 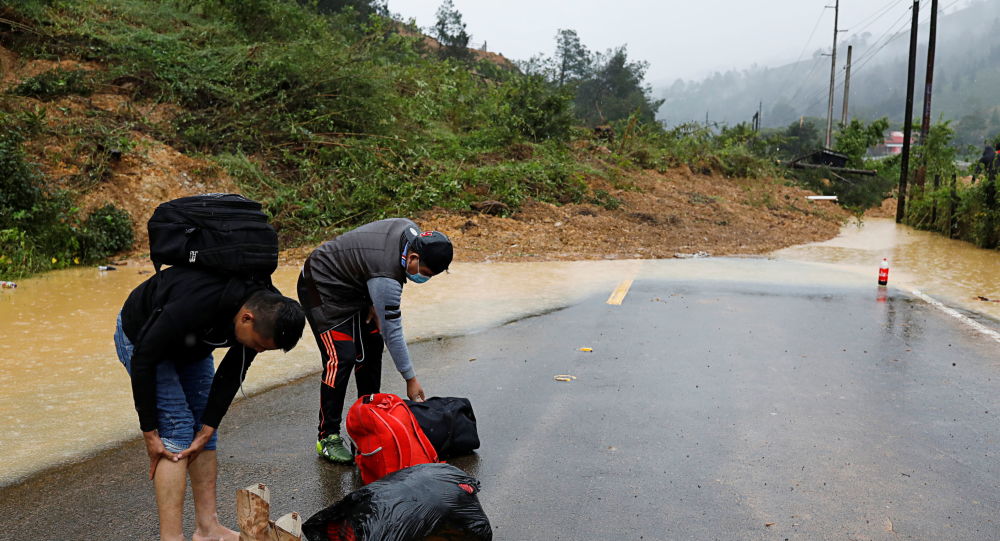 As tropical depression Eta returns to the Caribbean, albeit greatly weakened by its pass over Central America, the cyclone leaves devastation in its wake, including hundreds of bodies.

The slow-moving Hurricane Eta arrived in the region on Tuesday as a Category 4 storm, dropping more than a foot of rain and exposing areas to long durations of its nearly 150-mile-per-hour winds. Uprooted trees, rivers and creeks pushed over their banks and rain-soaked hillsides giving way under the weight have killed dozens of people and destroyed a wide swath of the region’s infrastructure.

However, according to the Washington Post, many meteorologists regarded the storm as an ultra-powerful Category 5 cyclone, which might have had winds of up to 190 miles per hour at its core, according to satellite readings that could not be verified by storm-tracking aircraft.

In Nicaragua, which Eta hit first at its peak strength, a landslide killed two miners. The storm impacted the North Caribbean Coast Autonomous Region, which has a large population of Indigenous people, but where the military helped relocate thousands of families ahead of landfall.

Hours after landfall, Eta quickly weakened from a Category 4 hurricane to a Category 2 storm. By the time it reached Belize three days later, it had weakened to a barely-organized tropical depression with winds of just 40 miles per hour.

In Honduras, the Associated Press reported that at least 21 people had been killed, most of them in mudslides. In El Salvador, only one person was reported killed by the storm: a fisherman who went out to sea against safety advisories.

“We know there are a lot of dead people, we’ve seen them, but until we receive official information we can’t certify them,” Marvin Aparicio, head of Honduras’ Center for Atmospheric, Oceanographic and Seismic Studies, told AP on Friday. “In the coming hours, we are going to start to see, to our regret, Dante-esque scenes of people found dead” as floodwaters recede, he added, comparing the situation to the 14-century Italian poet’s lines describing souls banished to Hell.

Guatemalan President Alejandro Giammattei confirmed to reporters on Friday that the storm had caused massive landslides there as well, including one that was estimated to have buried 150 homes in the village of Queja near San Cristobal Verapaz.

“At this moment we calculate that, between the dead and those missing, non-official figures put it at more or less 150 dead, and we say non-official because we don’t have it totally confirmed,” Giammattei told reporters, according to AAP.

Eta entered open waters again on Friday near Belize, a greatly weakened storm. However, according to the US National Hurricane Center, the storm is forecast to zigzag across Cuba and the Florida Keys, avoiding landfall on the US mainland and turning westward into the Gulf of Mexico again by next Tuesday. The agency’s present forecast has Eta strengthening into a tropical storm again but does not predict it regaining hurricane status.

Code in the Google Photos app reveals a test that locks some editing features and filters, like Color Pop, giving access only to Google One users (Kyle Bradshaw/9to5Google)