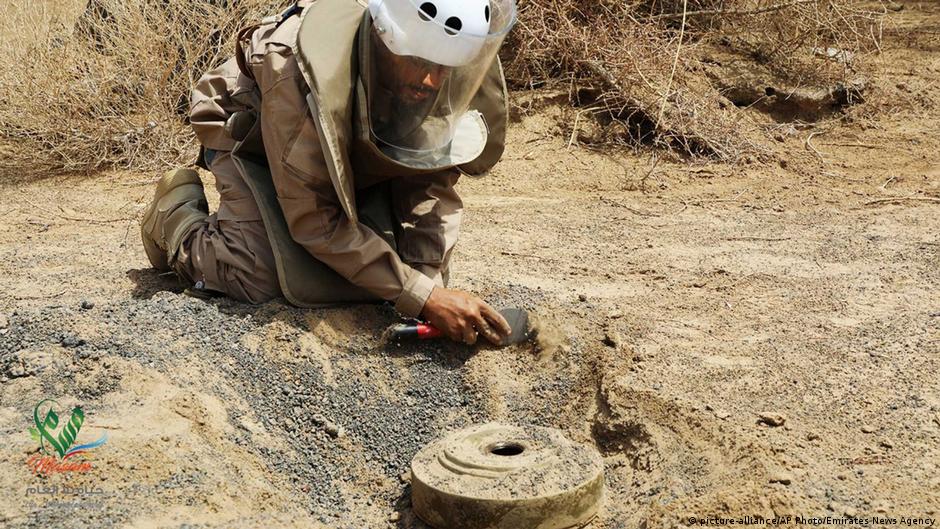 The Land Mine and Cluster Munitions Monitor — the research arm of the International Campaign to Ban Landmines and the Cluster Munition Coalition (ICBL-CMC), two non-governmental organizations (NGOs) — released its 2020 Landmine Monitor report in Geneva on Thursday. The report’s release comes days before the upcoming global meeting of states parties to the Ottawa Treaty, better known as the Mine Ban Treaty, from November 16 to 20, 2020.

“A total of 164 countries are bound by the Mine Ban Treaty, 23 years after being adopted. That is more than 80% of the world, with most of the 33 countries remaining outside acting in de facto compliance. This is a humanitarian success story,” says Human Rights Watch’s Steve Goose, who contributed to the report.

Of the signatories to the landmark 1997 treaty, 10, including Afghanistan, Ethiopia, Thailand, Turkey and Ukraine, are thought to have “massive anti-personnel mine contamination.” Chile became the most recent state party to declare completion of clearance of all mined areas in early 2020, joining 31 states and one other area that have completed clearance of all mined areas on their territories since 1999.

Mass civilian casualties, half of them children

Numbers of recorded casualties from landmines and explosive remnants of war (ERW) have been rising for the past five years according to the report, largely as a result of intense armed conflict and the large-scale impact of improvised mines.

At least 5,554 casualties from mines/ERW were recorded in 2019, with more than half (2,949) caused by improvised devices. Civilians accounted for 80% of casualties and children made up almost half (43%) of those.

“Seven years ago, we reached an all-time low in new landmine casualties. But this achievement has overturned, and we are seeing heightened numbers of civilians killed and wounded. Appallingly, nearly half of all these casualties are children.”

“We need to act now to reverse this trend, to save lives, and to address the trauma and suffering with much needed assistance,” says Loren Persi, one of the report’s editors.

The report says Myanmar — not a signatory to the 1997 treaty — is the only country whose state forces used anti-personnel mines between mid-2019 and October 2020. The report also noted increasing mine use among armed non-state actors in countries including Afghanistan, Colombia, India, Libya, Myanmar and Pakistan.

“Every mine left in the ground, represents a human toll in lives and limbs lost,” says the ICBL’s Margaret Arach Orech.

The report says 2019 saw a 7% reduction in global funding from 2018, with 45 donors and affected states contributing approximately $651 million (€551 million) to the cause. The pandemic, according to the report, forced the temporary suspension of mine clearing in 12 states and territories.

Despite improvements in the accessibility, quality, or quantity of services for victims, the report says grave challenges and accessibility gaps remain in all countries. In 2020, COVID-19 related restrictions prevented survivors and other disabled persons from accessing services. The report also points out that the impact of the coronavirus pandemic was compounded by years of underfunding in many countries.

Despite global interest in prioritizing risk education — which the report looked for the first time since 2008 — the coronavirus pandemic hampered most in-person activities. Still, the report says progress is being made through innovation, with online outreach programs and combined landmine and COVID-19 messaging making advances.

The ICBL was awarded the 1997 Nobel Peace Prize for its efforts to bring about the Ottawa Treaty and the eradication of landmines. The 2020 Landmine Monitor is the group’s 22nd annual report.