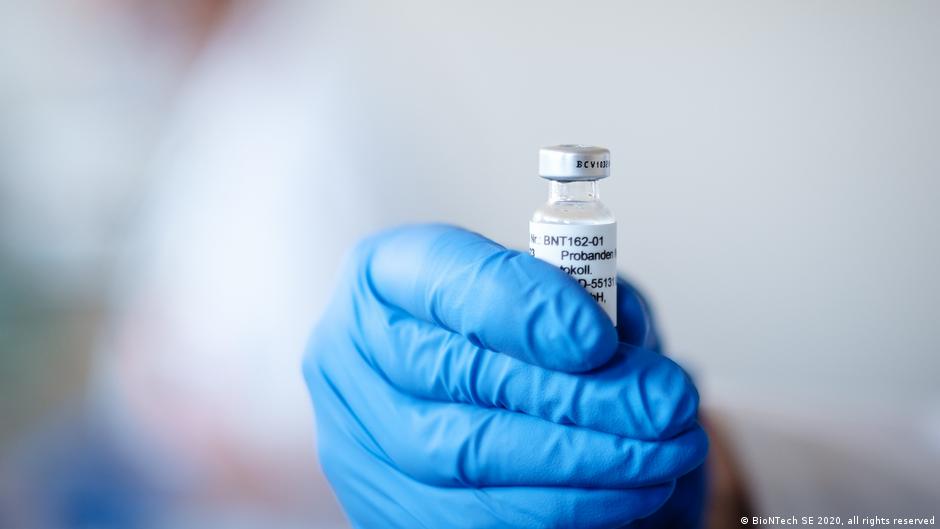 Regulatory approval for vaccines may be weeks away, according to drugmakers and US authorities.

“If all goes well I could imagine that we gain approval in the second half of December and start deliveries before Christmas, but really only if all goes positively,” he said.

The German drugmaker announced in a joint statement with Pfizer today that its vaccine is 95% effective and there are “no safety concerns.”

Separately, US Health and Human Services Secretary Alex Azar said Pfizer Inc’s and Moderna Inc’s COVID-19 vaccine candidates could be ready for US authorization and distribution within weeks, in comments during a press call. 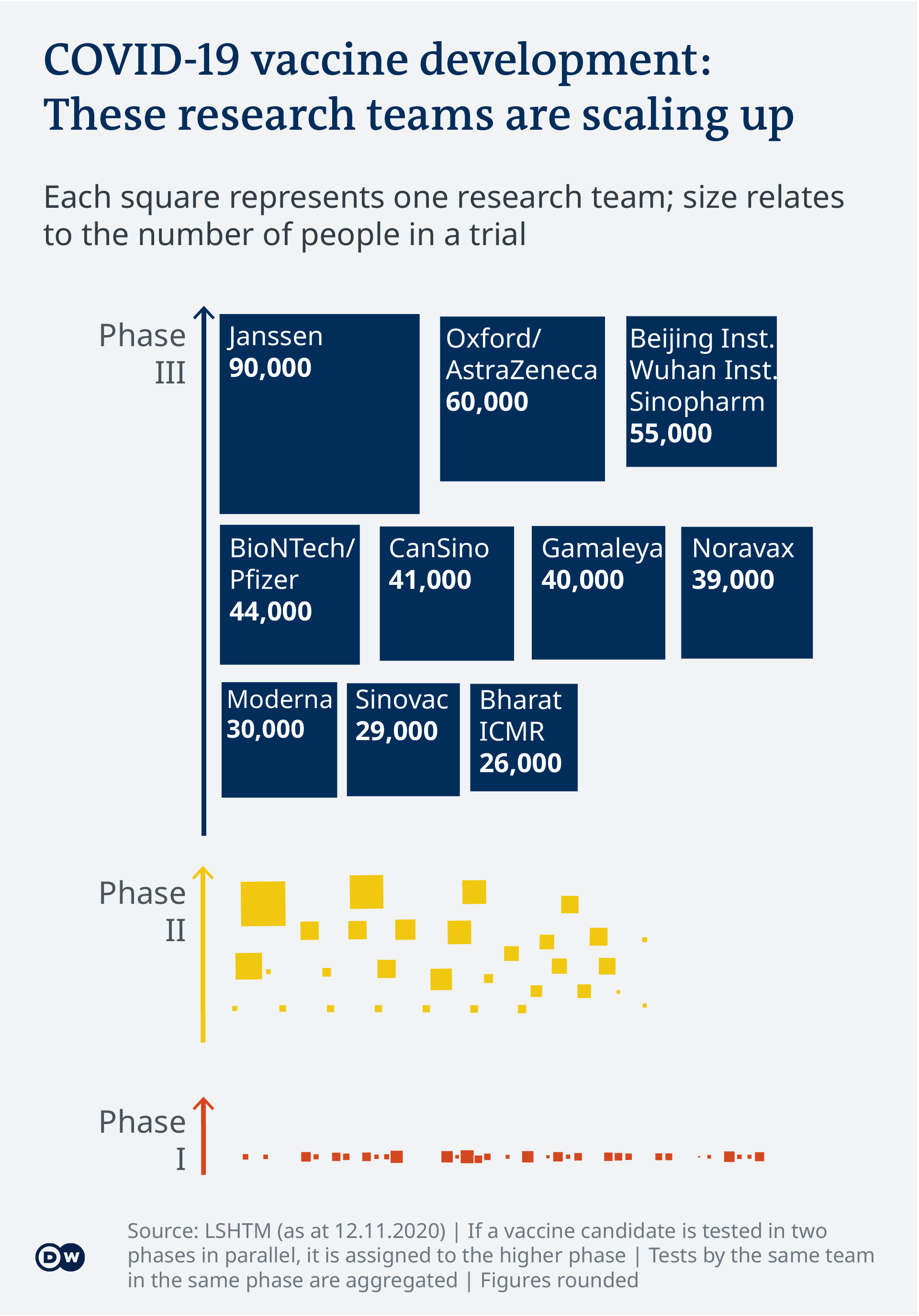 South Korea: There was the largest daily increase in coronavirus infections in three months. Korean health authorities reported 313 new infections Wednesday, bringing its total number of infections to 29,311, with 496 deaths. The daily count has now been above 200 for five straight days and it is the first time single-day figures have surpassed 300 since August.

The country has struggled to contain new infections stemming from offices, medical facilities and small gatherings. Authorities on Tuesday moved to tighten social distancing rules in the greater Seoul area.

Japan: Tokyo is reportedly set to raise its coronavirus alert level to the highest of four levels after logging a record 493 coronavirus cases in one day. Authorities in the Japanese capital are considering asking businesses to curtail hours as part of the move, according to the Nikkei business daily.

China: Authorities are increasing testing of frozen foods after repeated instances of the coronavirus on imported products and their packaging. The country has suspended imports from 99 suppliers in 20 countries, arguing it needs the measures to prevent more cases of the virus arriving in the country.

Earlier this month, Chinese authorities said pork imported from the German port city of Bremen had infected an employee at a cold storage facility. Experts in Germany cast doubt on the claim.

The UN food and agriculture agency (FAO) has said it does not see food production in supplier countries as a source of the coronavirus. The FAO’s chief economist, Maximo Torero Cullen, said Wednesday there is no significant evidence of the virus spreading through food trade and reports saying so “need to be minimized.” China nevertheless has defended its increased controls as “reasonable and justifiable” measures to protect public health, foreign ministry spokesman Zhao Lijian said. 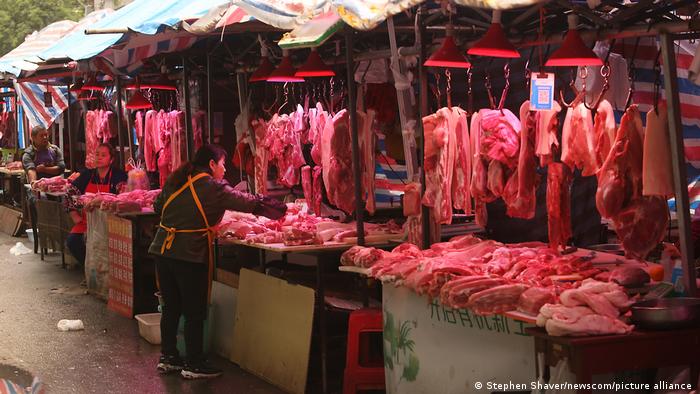 Australia: South Australia announced a six-day lockdown after a coronavirus outbreak in the state expanded to 22 cases.

As of midnight, wide-ranging restrictions will be imposed on homes and businesses. Schools, universities, bars and cafes are to shut, and only one person will be allowed to leave home each day and only for a specific reason. Outdoor exercise is also banned and masks are now mandatory.

Premier Steven Marshall said the measures were intended as a “circuit breaker” to bring the virus under control.

“As of midnight tonight we need our community to pause for six days,” he told reporters in Adelaide. “A series of wide-ranging restrictions will be implemented to stop the spread, to stamp out this virus.”

Marshall said that despite a modest caseload, “we are going hard and we are going early” in a bid to contain the mini-outbreak. Authorities believe the strain identified has a short incubation period and often limited symptoms, increasing the risk of it spreading rapidly and unnoticed

United States: The Food and Drug Administration has approved the country’s first rapid test that can be administered entirely at home and yield results in 30 minutes. The FDA granted the emergency authorization to a single-use test kit from California manufacturer Lucira Health that has users swab themselves for a nasal sample. The sample is then swirled in a laboratory solution that plugs into a portable device for results.

In addition to recent promising news about COVID-19 vaccines out of Germany and the US, testing is still seen as a key way to help bring the coronavirus pandemic under control.

Read more: Coronavirus vaccines: What do we know so far?

The US last week surpassed 11 million total infections, just eight days after reaching the 10 million threshold. Nearly 250,000 Americans have died from the virus, making it the hardest-hit country on the planet in outright terms.

Meanwhile, the co-chair of president-elect Joe Biden’s COVID-19 task force has warned that the Trump administration’s refusal to cooperate on the White House transition process could harm their ability to tackle the virus in 2021. Vivek Murthy, a former US surgeon general, told reporters that he and other medical advisers had thus far been unable to discuss the pandemic with current administration officials.

Several doctors and nurses associations in the US on Tuesday published a letter urging the Trump administration to share critical COVID-19 data — such as equipment inventories, medical supplies and hospital bed capacity — with Biden’s transition team.

In lighter news, country singer Dolly Parton has been celebrated in a rewritten version of her own “Jolene” for her $1 million contribution the development of the Moderna vaccine candidate.

Switzerland: A top medical association says intensive care units are at their limits as the country battles a second wave of COVID-19 infections. The Swiss Society for Intensive Care Medicine (SSMI) warned the 876 ICU beds it certifies across the country “are practically all full.” More beds have since been added and the Swiss military has been called in for support in several cantons.

The SSMI said it was essential to postpone non-urgent medical procedures to avoid overwhelming hospitals, and urged citizens to draft directives on whether they wish to receive prolonged life-support should they fall critically ill.

Switzerland reported more than 6,000 new infections on Wednesday, bringing its total number of cases to nearly 280,000. It logged 84 new deaths for a total of 3,377 since the pandemic began.

Germany: 17,561 new coronavirus cases were reported on Wednesday, bringing the total number of infections to 833,307. The Robert Koch Institute said the death toll in the country rose by 305 to 13,119.

The latest infection figures are a slight drop from the same day last week, when Germany reported 18,487 cases. Daily case numbers have plateaued somewhat in recent days, albeit at a level far higher than the government deems acceptable in most of the country.

France: Total infections have topped 2 million, the fourth-highest total in the world. The country reported a further 437 deaths, bringing its overall tally to 46,723. There were 28,283 new cases reported in the past 24 hours, down from more than 45,000 on Tuesday.

Director General of Health Jerome Salomon warned that the situation remained serious with 33,500 people currently hospitalized, but said “collective efforts are starting to bear fruit” since France entered a nationwide lockdown that is set to run until December 1.

Authorities warned that they are unlikely to lift a partial coronavirus lockdown any time soon.

Italy: There were 34,282 new cases reported in the past 24 hours, authorities announced.

Across Africa, total coronavirus infections surpassed 2 million cases on Wednesday, according to a Reuters tally.

The continent represents fewer than 4% of the world’s reported cases, though many experts believe cases are heavily undercounted.