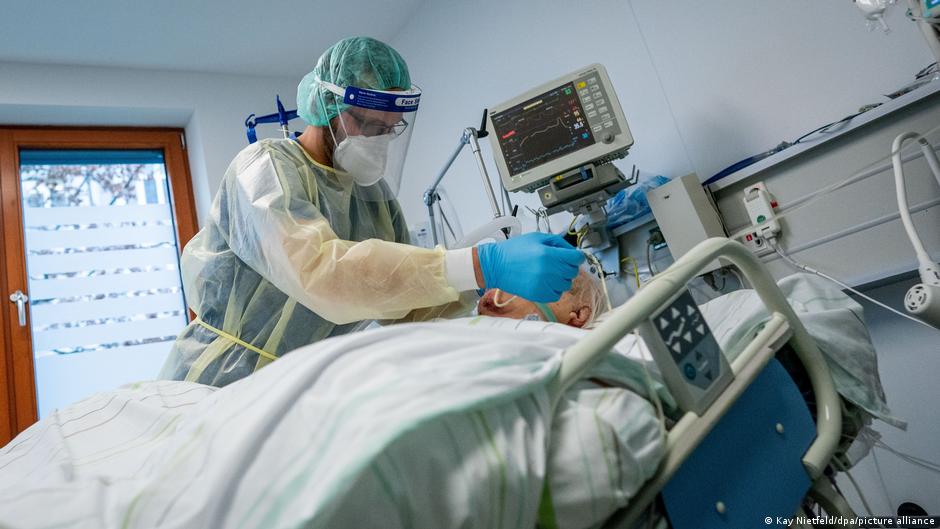 German Health Minister Jens Spahn said Friday it was too early to say whether a monthlong partial lockdown imposed last week will need to be extended.

“It is actually too early to assess this now,” Jens Spahn told public broadcaster ARD. “We will see in the next few days whether they are making a difference.”

His comments came as Germany reported 23,542 new coronavirus infections in the past 24 hours — its highest daily tally since the start of the pandemic. The previous record of 23,399 was reported on Saturday.

Under a limited nationwide shutdown that came into force on November 2, restaurants, bars, museums and gyms were ordered to close, but shops and schools were allowed to remain open.

German Chancellor Angela Merkel is due to hold talks with state premiers on Monday to review the measures.

Here’s a roundup of the latest developments around the world:

In France, the office of Prime Minister Jean Castex says he will ask for a three-month delay for upcoming regional elections, scheduled to take place in March 2021, due to the coronavirus pandemic. France has the fourth highest caseload in the world, and is in the midst of its second national lockdown.

Russia has reported a record high of 21,983 new coronavirus cases, including 5,974 in Moscow. The increase has prompted authorities in the capital to order bars, restaurants and nightclubs to close between 11 p.m. and 6 a.m. from Friday until mid-January. Officials said establishments flouting the rules would face fines.

Austria’s government is expected to hold a press conference on Saturday to announce new restrictions to curb the spread of the coronavirus. According to news website OE24, the measures will likely include plans to close schools and limit social contact.

Greece is to begin a curfew on Friday night after Prime Minister Kyriakos Mitsotakis said the country had been overwhelmed by a “tsunami” of infections, especially in the city of Thessaloniki. Greeks cannot travel without authorization sent by SMS, and they will have to stay home between 9 p.m. and 5 a.m.

Portugal’s prime minister says a nighttime curfew and weekend lockdown that was already in place in parts of the country would be expanded to cover about 70% of the population. The number of coronavirus patients in Portugal’s hospitals is more than double what it was during the infection peak in spring.

South Korea has reported its biggest daily increase in COVID-19 infections in 70 days, with 191 new cases logged on Friday. Most of the new infections were in and around the densely populated capital, Seoul.

From Friday, officials began imposing fines of up to 100,000 won ($90; €76) for people failing to wear masks properly on public transport or at a range of venues, including kareoke bars, sports facilities and nightclubs.

India’s capital New Delhi reported a record high of 7,053 new cases and 104 deaths on Friday. While the rate of infection across India has stabilized in recent weeks, experts say the surge in the capital is due to crowding in shopping areas and a lack of physical distancing during the festival season. Hindus celebrate the festival of lights, Diwali, on Saturday.

Indonesia’s president, Joko Widodo, has told Reuters that his country is aiming to start a mass vaccination campaign by the end of the year. Indonesia, home to 270 million people, has more coronavirus cases than any other Southeast Asian nation.

Read more: Cool runnings: Getting a coronavirus vaccine around the world

If approval is granted by Indonesia’s food and drug agency, which the government expects in early December, the country will be among the first in the world to roll out a coronavirus vaccine.

In the US city of New York, bars and restaurants will have to close at 10 p.m. from Friday as part of efforts to slow a surge in coronavirus infections. The new measure was announced as the US, already the world’s hardest-hit country, recorded its biggest jump in new cases to date. Almost 153,500 new infections were reported on Thursday, according to Johns Hopkins University. More than 240,000 people have died there since the start of the pandemic.

Israel has signed a deal with Pfizer to secure 8 million doses of the drugmaker’s potential coronavirus vaccine. Prime Minister Benjamin Netanyahu made the announcement on Friday, saying the amount was enough to cover nearly half of Israel’s population. Pfizer said earlier in the week that its experimental COVID-19 vaccine was more than 90% effective based on early trials.

Did you just get your iPhone 12 mini or iPhone 12 Pro Max? Do these things first!

Satechi’s Latest Hub is A Productivity Powerhouse for Home…