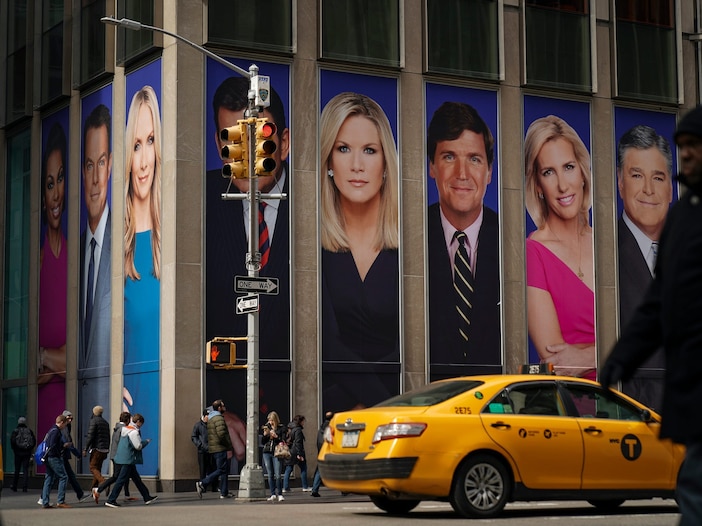 Hi and welcome to Insider Advertising, weekly edition, where I get into the big stories in media and advertising.

First up: Business Insider has a new newsletter coming later this month, 10 Things in Politics You Need to Know Today. You can learn more about it and sign up here.

And if you’re not already a subscriber to Insider Advertising, you can sign up here.

This week: Fox News shifts away from Trump, Citi pushes its agencies to get more diverse, and ad giants look for a lifeline in e-commerce.

What’s next for Fox News

After four years of waving the flag for Trump, what happens to the right-wing media?

Murdoch’s media empire is undergoing a perceptible shift in tone. First, there was Fox News cutting off Kayleigh McEnany, President Trump’s press secretary, on Monday as she pushed unsubstantiated claims of voter fraud.

Claire Atkinson talked to insiders about how the tide seems to be turning, with one source describing the shift to accept Biden’s victory as reality as the network’s attempt to pacify Trump voters while acknowledging the election outcome.

“They are not going to sneer Trump out of the door and they’re not going to disrespect the viewers,” one person familiar with the network told Claire. “The viewers are upset about what’s happening, and Fox is not going to treat them like sore losers.”


For others, it’s a time of soul-searching.

Carlson is out talking up her new podcast, and said she’s looking to strike a down-the-middle tone with her new show.

Citi’s pushing diversity at its agencies

The banking giant has been pushing social causes in its advertising, and now it’s become the latest marketer to use its spending clout to push diversity at its agencies.

Its new CMO Carla Hassan is asking agencies to step up so that by the end of 2023, among other steps:

Unlike some other marketers like HP and Verizon before it that required specific diversity steps of their agencies, this is more of a polite ask on the part of Citi, so it’s hard to say how effective it’ll be.

Read the rest here: Citi was the first major bank to let transgender and non-binary cardholders use their chosen names. Now, it’s pushing its agencies to become more diverse.

The ad business has struggled in the recession, but e-commerce is offering a lifeline.

Advertisers are clamoring to spend on online sales platforms, and Tanya broke down how ad giants like Dentsu, Horizon Media, and IPG are trying to cash in.

“The consumer journey used to be very predictable, but that’s completely changed — we can now see an Instagram ad and go from awareness to conversion in 60 seconds,” Jon Reily, SVP and global chief strategy officer at Dentsu Commerce, told Tanya.

Read more: Ad agencies see a lifeline in e-commerce advertising dollars as online shopping takes off in the pandemic

That’s it for today — see you next week!