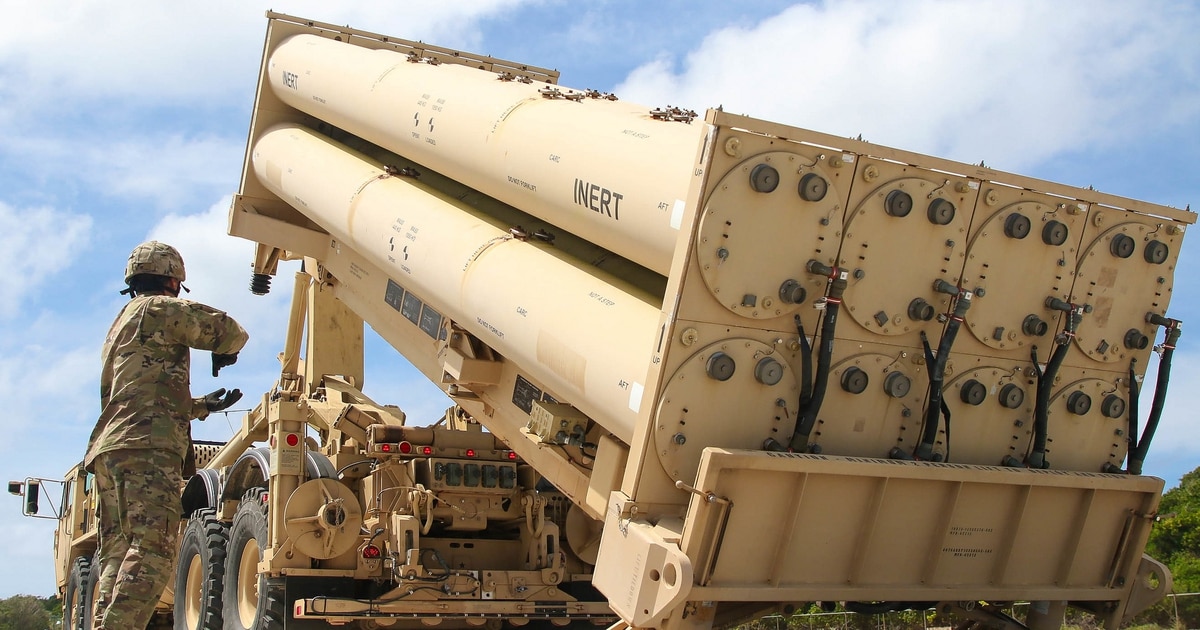 WASHINGTON — Congress is making moves to fund an eighth Terminal High Altitude Area Defense (THAAD) battery, according to both fiscal 2021 House and Senate defense policy and spending bills, a requirement that has gone unfunded for almost a decade.

The Missile Defense Agency has had a total requirement for nine THAAD batteries for years but has not had the funding to proceed in completing the last two. But with the House and Senate bills proposing the injection of millions into the program, MDA could get an additional battery as the system proves increasingly integral to the Defense Department’s regional defense architecture and a prospective participant in a layered homeland ballistic missile defense that would bolster the current Ground-Based Midcourse Defense (GMD) system positioned in Alaska and California.

The THAAD system is in high demand and there are batteries currently stationed in Guam and South Korea and THAAD has deployed to Israel and Romania.

The need for THAAD grows as the Army continues to integrate the system along with the Patriot Air-and-Missile Defense system into a more robust regional missile defense architecture capable of defending against near-peer threats like China and Russia. Integrating the two systems is the result of an urgent operational need on the Korean peninsula.

The Senate Appropriations Defense Subcommittee, in its FY21 spending bill released Nov. 10, wants to allocate an additional $319.6 million to build the additional battery.

The Senate Armed Services Committee’s FY21 defense policy bill also primes the pump by adding $76.3 million for components for an eighth battery and $30.1 million of Heavy Expanded Mobility Tactical Trucks. The committee noted the Army is below its validated requirement for THAAD batteries and by purchasing components this year, money would be saved because it aligns with Foreign Military Sales of the system.

The United Arab Emirates and Saudi Arabia are THAAD customers.

The House Appropriations Defense Subcommittee only appropriated $30 million for more HEMTT trucks for the THAAD program and also cut $23 million for unit cost growth, so whether the eighth battery is funded in full must be reconciled in conference committee.

Meanwhile, the SAC-D is cutting MDA’s THAAD research and development budget by $102.5 million that would enable incorporating the system into the MDA-proposed ballistic missile defense underlay.

MDA is requesting $139 million to develop the THAAD underlay as part of the homeland defense architecture along with $135 million to integrate the Aegis BMD system.

“The committee notes that in both cases, the requirements have not been validated, nor have acquisition strategies — to include contracting strategies, test strategies, schedules and cost estimates — been established. Absent the completion of the previously requested homeland defense architecture studies and assessments, the committee finds it imprudent to embark on new, ill-defined acquisition programs at this time and recommends funding for limited concept studies for both layered defense options only,” the SAC-D bill text reads.

The Senate’s version of the FY21 policy bill required the MDA to submit a report on the homeland defense underlay strategy and limited half its funding until delivery.

The report to the committees from MDA on the layered approach are delayed, according to the SAC-D bill.

Instead, SAC-D wants to increase a service life extension program for the Ground-Based Midcourse Defense System by $250 million.

And while the HAC-D did not explicitly state the reason, its version of the bill cuts $92.7 million of THAAD research and development funding due to unjustified growth.

MDA Director Vice Adm. Jon Hill said earlier this year that getting after a layered approach will take time to develop and validate and that there are a range of hurdles to get after such an architecture.