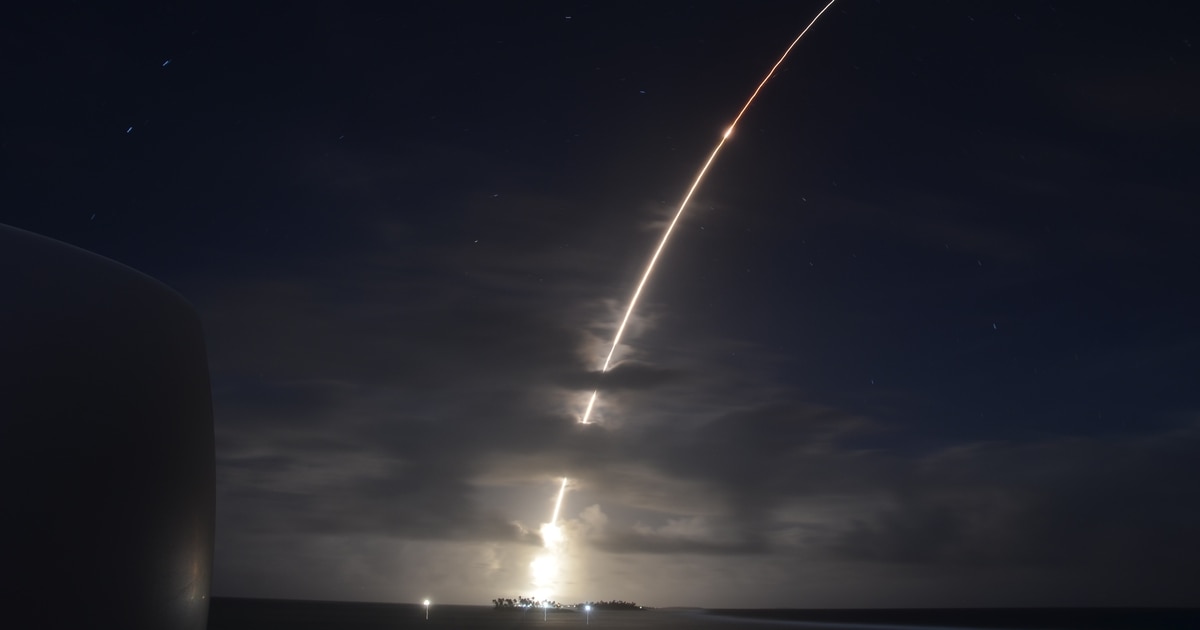 WASHINGTON — Congress directed the Pentagon to build an interim homeland intercontinental ballistic missile defense interceptor, a weapon that is not in the Missile Defense Agency’s current plans to counter threats from North Korea and Iran.

The fiscal 2021 National Defense Authorization Act released Dec. 3, gives the Pentagon, through the Missile Defense Agency, 30 days to “commence carrying out a program to develop an interim ground-based interceptor capability” once the bill is signed into law.

The Pentagon’s solution “should address the majority of current and near- to mid-term projected ballistic missile threats to the United States homeland from rogue nations” and “at a minimum, meet the proposed capabilities of the Redesigned Kill Vehicle program,” the language of the bill states.

The interim interceptor should use existing kill vehicle booster technology, according to the bill.

Lawmakers were unhappy with the sudden cancellation of the RKV program, which would have improved the current ground-based interceptors that make up the Ground-based Midcourse Defense System at Fort Greely, Alaska, and Vandenberg Air Force Base, California.

The Pentagon, instead, decided to start from scratch with a new Next-Generation Interceptor development program that wouldn’t be ready until the 2030s, although the Missile Defense Agency director has since said it’s possible to field the NGI by 2028.

The Senate Armed Services Committee’s version of the defense policy bill included a provision requiring the agency to develop an interim interceptor for the GMD system.

The NDAA will require 20 interim interceptors be delivered by 2026 after a rigorous test program.

The MDA director must ensure that the interim GBI meet, at a minimum, vehicle-to-vehicle communications; kill assessment capability and the ability to counter advanced countermeasures, decoys, and penetration aids; should be producible and manufacturable; use mature technology and have options to integrate the new kill vehicle onto other missile defense interceptors other than GMD system GBIs, the NDAA language lays out.

The language includes waivers to get out of development effort. These include if the technology isn’t feasible, if the capability is not in the national security interest of the United States and if an interim system can not be fielded at least two years earlier than NGI would be fielded. To seek a waiver, the defense secretary must issue a report to the relevant congressional committees explaining why the waiver is needed along with an updated schedule.

The defense secretary will also not be allowed to delegate authority to carry out the program below the level of an under secretary of defense, the bill states.

Unless there is a waiver, the defense secretary is required to include budget justification to Congress with the FY22 defense budget request.

In the House version of the defense policy bill, lawmakers did not ask for an interim interceptor but required that MDA notify congressional defense committees within a week if any changes are made to the requirements for the NGI. The agency would also be required to brief congress within two weeks of awarding a contract for the interceptor. Those provisions made it into the final bill where the NGI is addressed.

Congress is also requiring an independent cost assessment of the NGI program be conducted through the director of Cost Assessment and Program Evaluation (CAPE) and should make those findings available to the MDA director and the under secretary of defense for acquisition and sustainment and the under secretary of defense for research and engineering to inform the award of a contract for the NGI’s design or development — or both.

The bids are in and teams are waiting for MDA’s decision on which two teams will be selected to compete to build the interceptor.

The NDAA would also bar the MDA director from making a decision on initial production until the NGI has two successful intercept flight tests and congressional defense committees are briefed on the details to include the degree of operational realism.

Congress is also forcing the MDA to take a pause on its plans to move out on a layered homeland defense system that would include regional missile defense capability already resident with the Navy and Army to bolster homeland defense against ICBMs.

MDA wants to establish layers of defensive capability relying on the Aegis Weapon System, particularly the SM-3 Block IIA missiles used in the system, and a possible Aegis Ashore system in Hawaii. The underlay would also include the Terminal High Altitude Area Defense System. The Army is already operating a THAAD battery in South Korea and Guam.

The layered approach would buy time while the Pentagon scrambles to field a new interceptor to replace older GBIs after canceling the RKV program, but the agency conveyed little detail in its FY21 budget request on what the underlay would really look like.

In the NDAA, Congress is planning to withhold 50 percent of the funding designated to develop the plan until the defense secretary submits a detailed report on the proposal for a layered homeland missile defense architecture along with budget justification materials that would go along with the FY22 budget request. That report would be due March 1, 2021.

The report should include a description of the requirements for the architecture that are “based on an assessment by the intelligence community of threats to be addressed at the time of deployment of such a system and validated by the Joint Requirements Oversight Council,” the NDAA language reads.

An assessment of how the proposed architecture requirements are or are not addressed by the existing GMD system including deployed GBIs and planned upgrades should also be included in the report. Lawmakers want an analysis of the interceptor solutions proposed for the underlay including Aegis, SM-3 Block IIA and THAAD and the number of locations required for deployment as well as required production numbers. This would include what modifications might need to be made to the THAAD system.

The report also must include a description of any upgrades needed for the command-and-control, battle management and communications systems that would support the underlay as well as required sensors for tracking and discrimination.

Lawmakers want to know how the postponement of the discrimination radar that was planned for Hawaii might impact the underlay plans.

The effect on the Navy’s Arleigh Burke class destroyers should SM-3 Block IIA missiles be used in the underlay would be required in the report as well.

Congress wants a list of specific possible locations for interceptors and radars and should include environmental or permitting considerations.

Policy considerations, life-cycle cost estimates and industrial base assessments should also be a part of the report, the bill text notes.

The director of the Defense Intelligence Agency is also given homework in the NDAA. A report would be due to congressional defense committees no later than Feb. 28, 2021, that discusses how the development and deployment of regional THAAD systems and Aegis BMDS “to conduct longer-range missile defense missions would be perceived by near-peer foreign countries and rogue nations” as well as “how such near-peer foreign countries and rogue nations would likely respond to such deployments,” the NDAA reads.