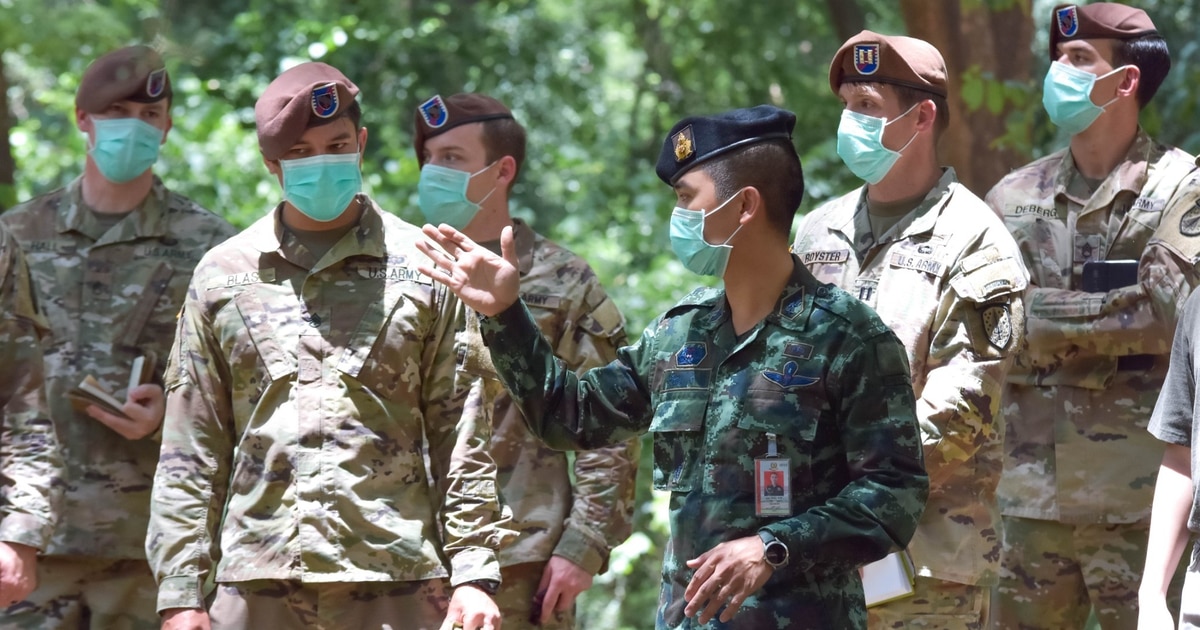 The 4,517-page 2021 National Defense Authorization Act reflects a national defense budget of $740.5, and it includes a second Virginia-class submarine and contract authority for up to two Columbia-class submarines. The bill was unveiled Thursday.

Beyond the president’s budget request for U.S. forces in the Pacific, the bill ― a compromise version of three House and Senate proposals ― added $158 million, including $45 million for an Army’s Multi-Domain Task Force and $34 million for infrastructure improvements.

A joint report on the bill required the Pentagon to report on the required infrastructure, military construction investments and logistics needs for the region by Feb. 1, 2021.

“The PDI will send a strong signal to China and any potential adversaries, as well as to our allies and partners, that America is deeply committed to defending our interests in the region,” said bipartisan Senate Armed Services Committee bill summary, adding that it otherwise, “includes numerous provisions to deter China’s malign behavior, position the United States for strategic competition, and protect our assets from infiltration.”

The Pacific Deterrence Initiative, or PDI, would require the incoming administration to submit a plan on the initiative’s funding levels and activities and the secretary to report to Congress each year ― and for the military’s Indo-Pacific commander to deliver a report on what the command needs to fulfill the National Defense Strategy and maintain an edge over China.

Responding to a requirement in the FY20 National Defense Authorization Act, Indo-Pacific Command previously provided Congress with a plan for $20 billion in spending through FY26 so that the combatant command can fulfill the National Defense Strategy and maintain an edge over China.

The bill’s reports could set the stage for future investments. However, it authorizes only a portion of what’s envisioned, $2.2 billion, for fiscal 2021. That means the effort will rely in large part on President-elect Joe Biden and his incoming administration.

“The only way this is truly successful is if the Biden team embraces the concept and builds it into their FY22 request. It’s an operational necessity and strategic opportunity for them out of the gate,” said Eric Sayers, a former special assistant to the head of U.S. Pacific Command

The plan was inspired by the multiyear European Deterrence Initiative, which has consumed $22 billion since its inception in response to Russia annexing Crimea from Ukraine in 2014.

“We’re pleased with the $2.2 billion in investments and new programs, and then the intent is really to modernize and strengthen us posture and capability in the Indo-Pacific region,” a House staffer said of the compromise legislation. “It a good message to us allies and partners as we attempt to deter Chinese malign behavior, and it was really modeled after the success of the European Deterrence Initiative.”

Beyond the PDI, the panel addressed what Congress sees as a threat from People’s Republic of China, including a mandate that the president to create a whole-of-government strategy to impose costs on the PRC to deter industrial espionage and the large-scale theft of personal information, according to a bill summary.

The bill would require the defense secretary to create a “continuous assessment activity” to study the industrial bases of China and other foreign adversaries, with its first assessment due Aug. 1. It re-ups a requirement that DoD report annually on military and security developments involving the PRC, and requires U.S. Naval Intelligence study of fishing fleets as the so-called “third arm” of foreign navies, like China’s.

Lawmakers echoed concerns the U.S. industrial base has fallen victim to the unfair and non-reciprocal trade environment fostered by China and the U.S. is overreliant on China for key components of national security capabilities.

The language comes amid news the U.S. plans to increase the portion of the spying budget devoted to China by nearly one-fifth this year. The outgoing Director of National Intelligence John Ratcliffe penned an op-ed in the Wall Street Journal naming China as “National Security Threat No. 1.”

The F-35, structural changes and oversight

President Donald Trump has threatened to veto the bill, which is the product of weeks of negotiations to reconcile House and Senate versions, over its inclusion of language requiring several bases named after Confederate leaders be renamed and for its exclusion of a repeal of the legal immunity for online companies.

Among many other weapons programs, the NDAA authorizes nearly $9 billion for 93 F-35 Joint Strike Fighters across the Air Force, Navy, and Marine Corps, including an additional 14 aircraft above the president’s budget request.

The language elevates the deputy undersecretary of defense for industrial policy – the lead role for oversight of the health of the defense industry – to an assistant secretary level, an upgrade that would make it a senate-confirmable position. The language would also re-establish the ASD for energy, installation and environment, an office that disappeared in the initial Acquisition & Sustainment reorganization.

Conferees also agreed to drop a provision in the Senate bill that would have provided $10 million to allow a live test of a nuclear weapons, if requested by the president. That provision had proven particularly concerning for Democrats, following reports that the Trump administration was discussing using a live nuclear test, the first since 1992.

Aaron Mehta and Leo Shane contributed to this report.