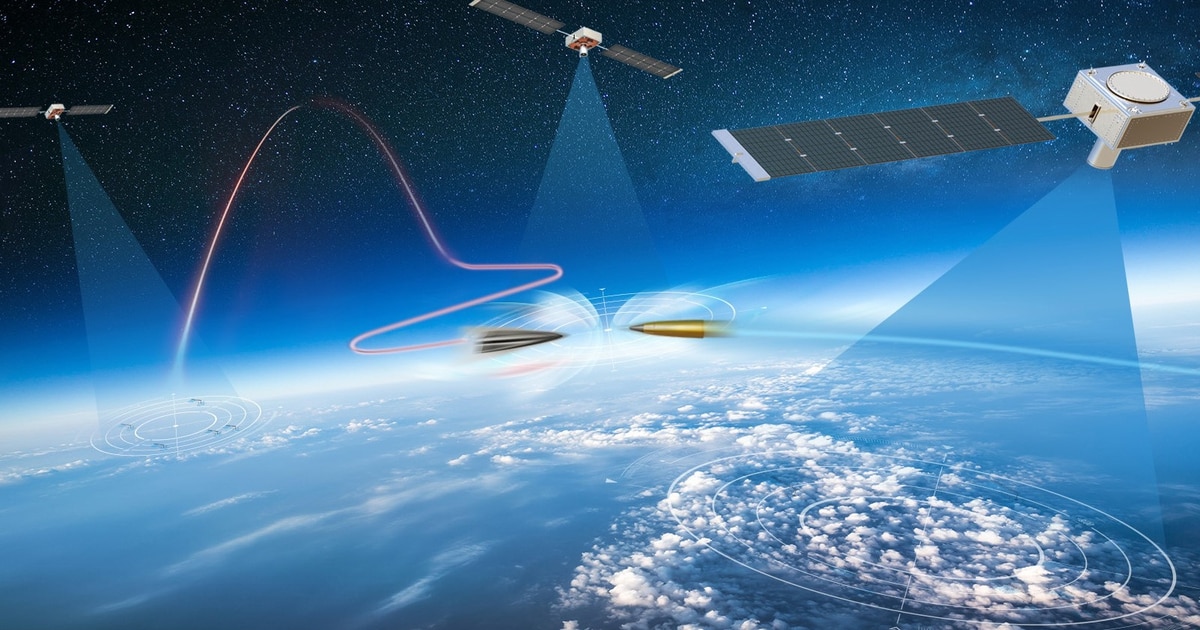 WASHINGTON – Raytheon and Airbus are protesting two recent awards for eight missile tracking satellites issued to SpaceX and L3Harris, putting into question the Space Development Agency’s tight schedule to get its initial constellation on orbit in 2022.

The news was first reported by Aviation Week.

Under the Oct. 5 award in question, SpaceX and L3Harris were issued contracts to design and develop four satellites equipped with wide field of view (WFOV) overhead persistent infrared (OPIR) sensors. The eight satellites would form tranche 0 of SDA’s tracking layer, which the military is building to track hypersonic weapons from space.

Airbus U.S. Space & Defense first filed its protest of the award Oct. 28, while Raytheon filed its own protest on Nov. 3. A stop work order has been issued for SpaceX and L3Harris.

“SDA is working with the GAO to achieve fast, accurate and equitable resolution to the protests received from Airbus and Raytheon on the agency’s Tracking Tranche 0 contracts,” an SDA spokesperson said in a statement. “SDA is committed to full and open competition whenever practicable and the agency understands protests are a potential and not uncommon part of that process.”

The tracking layer is one of several capabilities being built into the agency’s planned mega-constellation known as the National Defense Space Architecture. SDA is using a spiral development approach to build out that constellation, by adding more satellites every two years. The first tranche, which would include the eight missile tracking satellites in question, will include about 30 satellites set to launch in 2022. By the end of 2026, the agency wants to have hundreds of satellites in orbit.

While Raytheon declined to comment, Airbus U.S. Space & Defense told C4ISRNET in a statement that concerns over the government’s evaluation process for the proposals led the company to protest the award.

“While determined highly competitive, Airbus U.S. Space & Defense, Inc. was ultimately not selected by SDA for award. Our post-award debrief review identified concerns about the government’s evaluation process, and as a result, we have filed a protest with the U.S. Government Accountability Office (GAO),” an Airbus U.S. spokesperson said in a statement. “Airbus U.S. believes its proposal based on the ARROW commodity satellite bus and the Airbus OneWeb Satellites’ operational manufacturing facility in Florida fits SDA’s evaluation criteria for commercial commoditized buses manufactured at scale.”

At the time of the awards, SDA Director Derek Tournear told C4ISRNET the awards were the result of a full and open competition, with the selection based purely on technical merit. Tournear praised both SpaceX and L3Harris in that interview, emphasizing both companies’ plans to meet the agency’s aggressive schedule.

“SpaceX had a very credible story along that line — a very compelling proposal. It was outstanding,” he said. “They are one of the ones that have been at the forefront of this commercialization and commodification route.”

In addition, “L3Harris had an extremely capable solution. They have a lot of experience flying affordable, rapid, small satellite buses for the department,” he said. “They had the plant and the line in place in order to produce these to hit our schedule.”