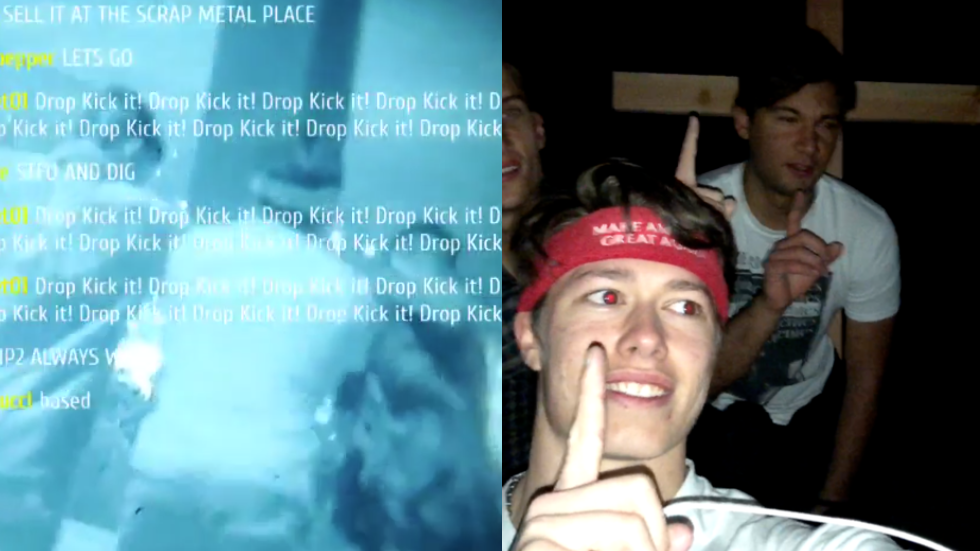 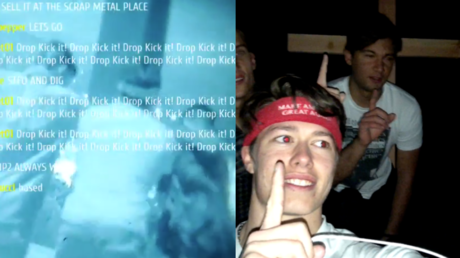 The latest mystery monolith to appear in the US, this one in California, has been destroyed and replaced with a wooden cross. Chanting “America First” and “Christ is King,” the young group responsible live streamed their stunt.

After similar monoliths appeared in Utah and across the Atlantic in Romania in recent days, a third structure was spotted by locals in California on Wednesday, sitting atop Pine Mountain in Atascadero. Like the others before it, this structure was three-sided, hollow, and somewhat resembled the ominous structure in Stanley Kubrick’s ‘2001: A Space Odyssey.’


Its stay atop Pine Mountain was apparently short-lived. On Wednesday night, a group of young men rocked the monolith back and forth to dislodge it, chanting “Christ is king” before it came toppling down, and “America First” after it crashed to the ground. The group live-streamed their ‘raid’ on streaming platform DLive.

“Christ is king in this country,” one of the group said. “We don’t want illegal aliens from Mexico or outer space, so let’s tear this b***h down.”

The metal monument was replaced with a wooden cross, with the gang posing beside the newly-installed crucifix.

The group’s chants and slang suggest that they were part of the ‘Groyper’ movement, a predominantly Generation Z collective of online right-wingers and meme posters that sprung up in the wake of President Donald Trump’s 2016 win. Pundit Nick Fuentes is probably the most recognizable figurehead in the movement.

The California monolith wasn’t the only one vandalized. In Utah, a group apparently angered at the environmental impact of crowds coming to the desert to view the mysterious sculpture there removed it last Friday, telling bystanders “this is why you don’t leave trash in the desert.”

Video: ‘Sign o’ the Times’: How Prince Wrote and Recorded a Classic Song