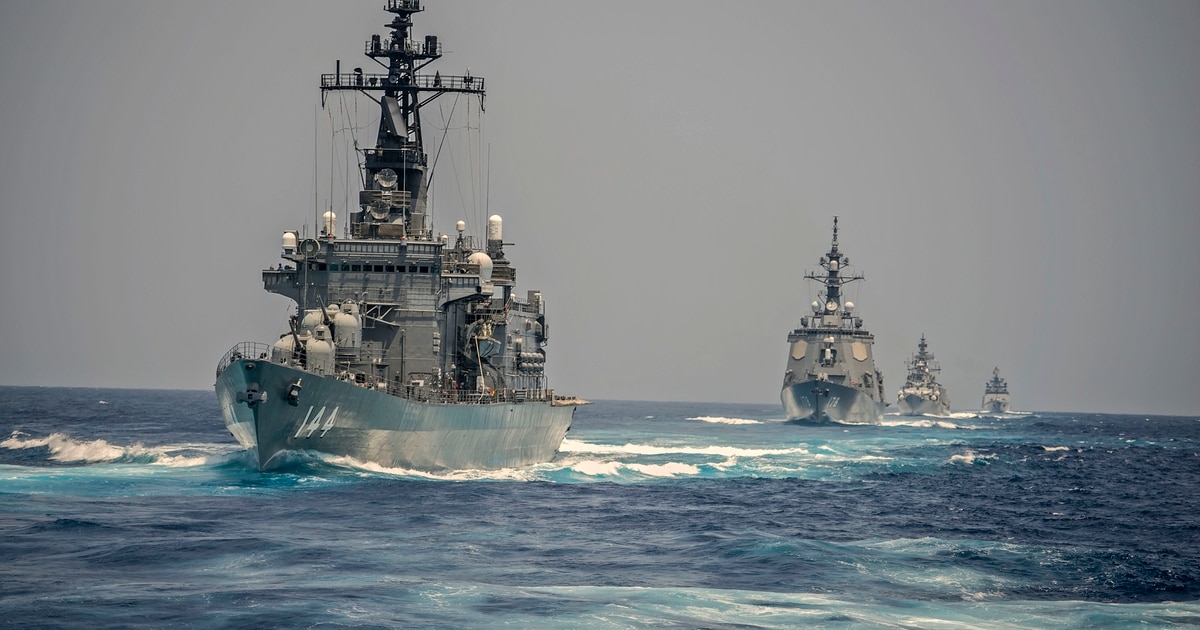 India announced on Monday that the Australian Navy would join the November 2020 Malabar exercise — an annual, high-end joint exercise conducted predominantly at sea that has included only American, Indian and Japanese forces in recent years. This decision, which demonstrates growing multilateral concern regarding China’s increasingly aggressive behavior, offers an opportunity for the “Quad” of democratic nations to strengthen defense cooperation and deter additional aggression from Beijing.

Malabar is an annual maritime exercise that rotates between the Indian Ocean and the Western Pacific, and grew out of a largely bilateral exercise conducted between the United States and India beginning in 1992. The exercise permanently expanded into a trilateral exercise between India, the United States and Japan beginning in 2015. The Indian government is hosting this year’s exercise in the Bay of Bengal and the Arabian Sea.

In its statement, New Delhi said the Malabar participants “collectively support [a] free, open and inclusive Pacific and remain committed to a rules based international order.” Australia’s foreign and defense ministers jointly stated that the exercise “will bolster the ability of India, Australia, Japan and the United States to work together to uphold peace and stability across our region.”

The announcement comes on the heels of a successful Quad foreign ministers meeting in Tokyo two weeks ago, in which each of the four democracies expressed support for a free and open Pacific. While America’s partners were more subtle, U.S. Secretary of State Mike Pompeo made clear what was driving the closer cooperation among the four countries.

“As partners in this Quad, it is more critical now than ever that we collaborate to protect our people and partners from the [Chinese Communist Party’s] exploitation, corruption and coercion,” Pompeo warned.

That kind of language has caused discomfort in New Delhi in the past. Japan and the United States have been open to Australia joining the Malabar exercise for several years, but India had reportedly rejected the idea in recent years due to concerns over Chinese reactions and worry that expanding the exercise “would send a political message” to Beijing that New Delhi was not prepared to send.

But Beijing’s aggression on its border with India, as well as Chinese naval deployments to the Indian Ocean and economic investments throughout South Asia, has clearly catalyzed a change of thinking in New Delhi, reflecting a growing alignment with Washington’s perception of the challenge that China presents. This reality creates opportunities for the United States and India, as well as Japan and Australia, to strengthen mutually beneficial defense cooperation that will be necessary to deter additional aggression from Beijing.

Not surprisingly, Beijing has long viewed the Quad and any associated exercises with deep concern. In 2007, Beijing vigorously protested that year’s Malabar exercise, which had been expanded to include Australia and Japan, only to return to a bilateral format in subsequent years. Similarly, in the lead-up to the Quad foreign ministers meeting in Tokyo this month, Beijing denounced “exclusive cliques.”

Ironically, Beijing is actually the country seeking to exclude and expel others from the South China Sea by attempting to block others from sailing and flying where international law permits.

Given the economies, defense capabilities and geographic positions of the United States, Japan, India and Australia, an increasingly capable and unified Quad likely represents a nightmare scenario for Chinese Communist Party officials and People’s Liberation Army planners. Like a bully on the playground, Beijing would rather keep its regional competitors isolated, dealing with them one by one in order to exploit power asymmetries conducive to coercion.

The Malabar exercise has the potential to be a complex, “high-end” war-fighting exercise, integrating forces and developing complex air and maritime interoperability. Each of the four countries already conducts annual bilateral air and maritime exercises with the other three partners, so Malabar can quickly move past the “getting to know you” phase and into the “multidomain war-fighting” phase.

As a result, Malabar has the potential to provide a robust deterrent message to Beijing.

With the political will to conduct these exercises affirmed, it is now the responsibility of the military planners and commanders to organize and execute an event that achieves a deterrent effect.