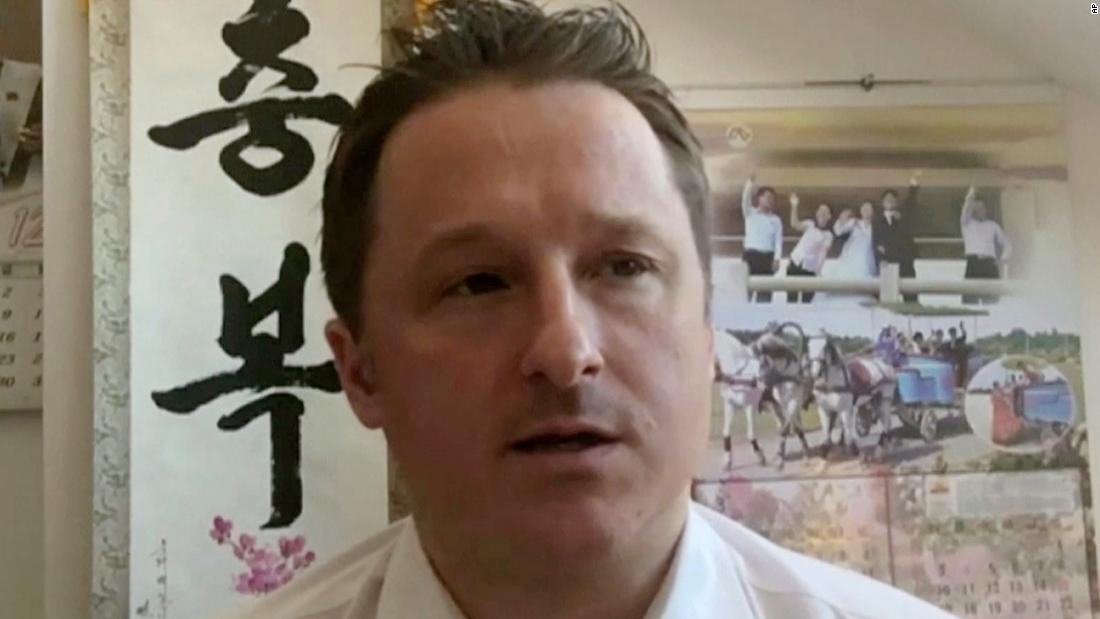 Spavor, a Beijing-based businessman who regularly traveled to North Korea, was sentenced after being found guilty of spying and illegally providing state secrets to foreign countries, the Dandong Intermediate People’s Court said in a statement Wednesday.

The court said Spavor would also be deported, without specifying whether it was before or after he served his prison sentence.

Spavor was detained in December 2018 alongside Canadian Michael Kovrig on espionage charges. The two men were detained following the arrest in Vancouver of Meng Wanzhou, chief financial officer of Chinese tech giant Huawei, over allegations the company violated United States sanctions on Iran. Meng, whose extradition hearing is now in its final stages, has been held under house arrest in Vancouver since 2018.

Chinese officials have not disclosed any evidence against Spavor or Kovrig, or information relating to their trials, which were held behind closed doors in March.

Speaking from Dandong on Wednesday, Canadian Ambassador to China Dominic Barton said his government condemned “in the strongest possible terms” the sentence handed down to Spavor.

Barton said he had spoken to Spavor after the verdict was delivered, and the Canadian had asked him to deliver three messages.

“One, thank you for all your support, it means a lot to me. Two, I am in good spirits, and three, I want to get home,” Barton said, relaying Spavor’s remarks. The ambassador said the legal process had “lacked both fairness and transparency,” and linked the sentencing of Spavor to the ongoing trial of Meng in Canada.

Speaking to Spavor’s sentence, Barton said they had interpreted it as an 11-year jail term followed by deportation from China, but added the deportation could be “very important.”

“Is there a chance to get (him) home earlier? We’ve been considering that in terms of the appeal but that deportation phrase was noted,” he said.

Family members and contacts of the two Canadian men have described them being held in poor conditions, and denied outside contact. Almost all in-person consular visits to foreign prisoners in China have been paused since last year due to the coronavirus pandemic, with diplomats only able to speak to those detained via the phone.

“The verdict for Mr. Spavor comes after more than two and a half years of arbitrary detention, a lack of transparency in the legal process, and a trial that did not satisfy even the minimum standards required by international law,” Trudeau said. “We will not rest until they are safely brought home.”

Authorities in China have yet to announce a date for the verdict or sentencing of the other detained Canadian, Michael Kovrig. A former Canadian diplomat who worked for the International Crisis Group (ICG), Kovrig is accused of “stealing sensitive information and intelligence through contacts in China since 2017.”

Chinese courts have a conviction rate of more than 99% and observers say the release of Spavor and Kovrig could now rest on a diplomatic solution, potentially after a face-saving conviction and sentence of time served.

Trudeau has repeatedly refused to consider any trade of Spavor and Kovrig for Meng, whose detention has seen relations plunge between Ottawa and Beijing. Earlier this year, Canada’s parliament approved a non-binding motion accusing China of committing genocide against its Muslim minorities in the western region of Xinjiang, further straining ties between the two countries.

“From Canadian perspective, it allows Canada to to expect a more favorable outcome than 11 years,” she said.

Both the administrations of former US President Donald Trump, and now US President Joe Biden have pledged to do all they can to assist the two Canadians, with Vice President Kamala Harris telling Trudeau in a phone call in February that Washington was in “strong solidarity with Canada regarding the issue of two Canadian citizens unjustly detained by China.”

In a statement Wednesday, the United States Embassy in China strongly condemned the verdict, describing it as a “blatant attempt” to use people as “bargaining leverage.”

Spavor’s sentencing comes just one day after Canadian citizen Robert Lloyd Schellenberg had his 2019 death sentence for trafficking drugs upheld on appeal at a court in the northeastern province of Liaoning. Schellenberg’s initial 15-year jail term was changed to a death sentence at a retrial in December 2018 after the prosecution said it had uncovered new evidence.

Marc Garneau, Canada’s Minister of Foreign Affairs, said in a statement on Tuesday that Canada “strongly” condemned the court’s decision and that Schellenberg’s sentence was “arbitrary.”

CNN’s Beijing bureau and James Griffiths contributed to this report.