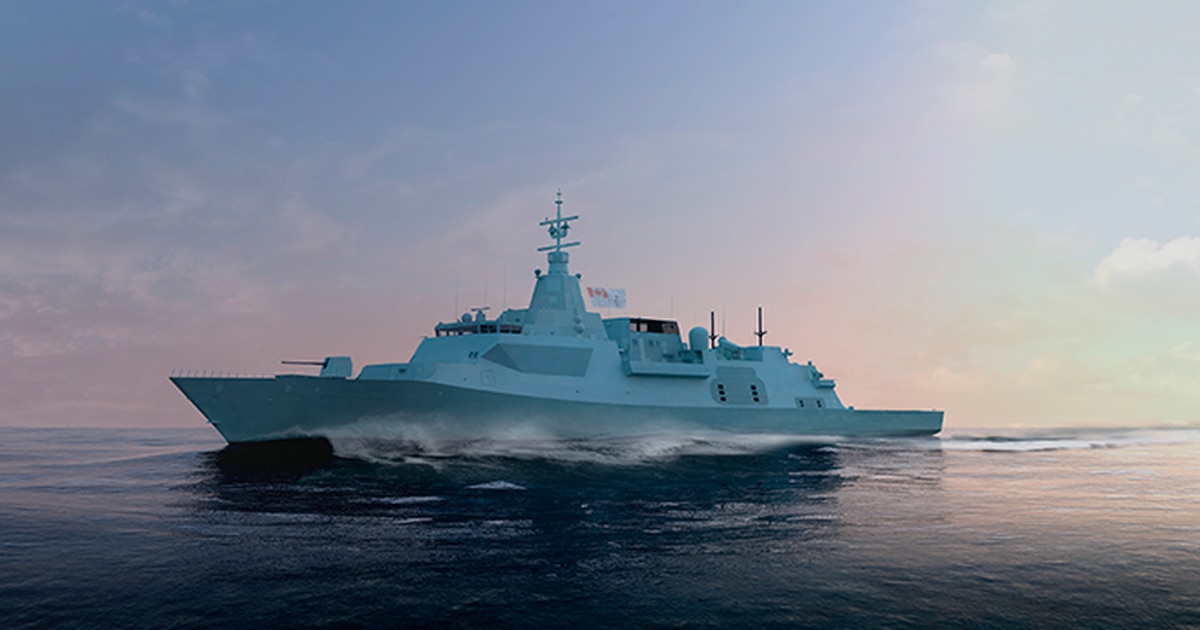 WASHINGTON – Canada’s next-generation frigate is putting on weight and will cost more money than originally projected, according to a new cost analysis.

The Canadian Surface Combatant program, which being spearheaded by Lockheed Martin based on BAE’s Type 26 design, was first selected in 2018 and was put under contract in 2019.

The growing cost of the program is likely to put pressure on the Canadian government to look at different options, though observers say it would be difficult and expensive to scrap the program and start over without sacrificing the capability the Royal Canadian Navy was looking for when it selected the highly advanced hull.

We have a strong interest here that we actually ensure that the shipyards survive for a good long time to prevent that boom and bust cycle that previously characterized our naval yards,” Choi said.

“If you build them really quickly, within a short period of time – five-to-seven years, like we did for Halifax-class [frigate], and we split them between three different shipyards – once that job’s done, they’ve got nothing to go on. And it’s going to be another 20 years before they can actually build anything major.”

“Once you start front-loading that inflation into our [cost estimate] it looks a lot worse than it would be if we just built them really quickly. But that would be at the risk of losing that shipyard capacity once the ships are done.”

The ship is growing primarily because it is loading them up with capability, Choi said.

The government selected Lockheed Martin’s SPY-7 radar, an upgrade over the British Type 26 which has a rotating 3D radar, which is likely adding weight to the hull, he said, but added that Canada plans to put “pretty much every single weapon that you could think of for a modern, high-end combatant” on the ship, Choi added.

The ship also will have X & S-band navigation radars, will be able to participate in cooperative engagements with the U.S. Navy (meaning that it will be able to shoot at targets sensed and relayed by U.S. Navy assets, and will be loaded down with a 32-cell vertical launch system as well as deck-mounted launchers for Kongsberg and Raytheon’s Naval Strike Missile and launchers for torpedoes.

The Canadian cost assessment also priced out a mixed buy that included only a few Type 26 hulls and then started buying the much smaller and less expensive British Type 31e light frigates based on the Danish Navy’s Iver Huitfeldt-class frigate.

That ship would be a significant downgrade over the capability offered by the Type 26, said Bryan Clark, a retired U.S. Navy submarine officer and senior fellow at The Hudson Institute, but said looking at new options makes sense given the ballooning cost of the program.

“I think the more reasonable way forward would be to go for a ship that’s got a proven design and cost associated with it,” Clark said.

“If you’re Canada, do you need to be on the lead the bleeding edge of technology development or can you go with something that is proven? Modern, but proven and modern but maybe it isn’t the next generation ship.”

One option would be to switch over to the FREMM, which was previously rejected from the program but would according to the Canadian cost assessment would save about $6 billion Canadian dollars. It would also benefit from the U.S. taking some of the learning curve out of the cost of the ship since it is racing ahead with the program.

Sticking with the Type 26 is likely to be the preferred option, but saving money on the hull still makes a lot of sense where its possible, Clark said.

“I’m sure that within the Canadian Armed Forces, the argument is, ‘Well, we don’t buy these very often. So, when we do buy a ship, we need to buy the kind of the cutting edge, because we’re going to keep it for a long time. We don’t want to be obsolete,’” Clark said. “If that’s the argument, I’d say you’re better off maybe going with a more proven hull design, but ensure it’s got sufficient modularity that you can upgrade it over time.”

Still, it’s unlikely that Canada will want to change horses in mid-stream, he said.

“It seems unlikely they’re going to just throw the whole thing out though and start over,” Clark said. “So, I anticipate they’ll stay the course on the Type 26 and try to benefit from the fact that you’ve got three countries building it and try to exact as much savings as possible.”

Biden to order all US troops out of Afghanistan by Sept. 11