Bring US operational training and experimentation into the 21st century 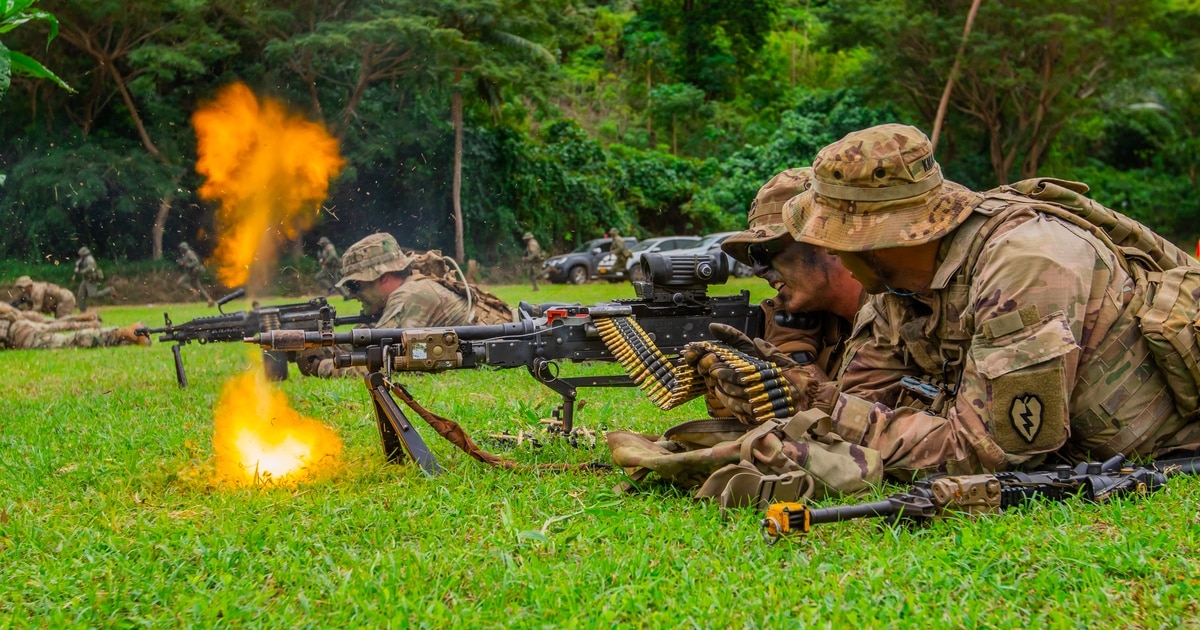 The United States and its allies in the Asia-Pacific region face an increasingly dire military situation. On the U.S. side, this has sparked efforts to develop new operational concepts and field new capabilities to meet the challenges of 21st century warfare. Our allies are moving out as well.

On July 1, Australian Prime Minister Scott Morrison announced the most significant changes in the Australian Defence Force in decades, including major shifts in military posture and capabilities. The Japanese government is similarly moving forward with procuring new capabilities and developing new concepts. To meet today’s challenges and prepare for those of the future, the U.S. needs to work with its allies to establish a training and experimentation network across the Indo-Pacific region.

Second, since operations are increasingly multidomain, a realistic training and experimentation environment will need to combine live, virtual and constructive operations across domains.

Third, efforts to operate across the electromagnetic spectrum, or EMS, in the face of capable adversaries will be key to U.S. and allied operational effectiveness. EMS operations should thus play an important role in realistic training and experimentation. However, many locations constrain the ability of U.S. and allied forces to train in a realistic electromagnetic environment, and these constraints are likely to grow over time.

Fourth, employment of and defense against unmanned systems represent another prominent feature of modern warfare, and one that needs to figure in exercises and experiments. Fifth, because space will be a domain of growing importance in combat operations, its role should figure prominently in training and experimentation. Sixth, the growth and spread of anti-access/area denial capabilities brings with it the imperative of being able to train and exercise for operations in contested and highly contested environments.

Finally, the fact that the United States and its allies face common threats and are developing new capabilities and concepts to respond calls for an allied training and experimentation infrastructure.

U.S. Indo-Pacific Command has recognized these trends and is developing an ambitious vision of how to train to meet the challenges of the 21st century. Dubbed the Pacific Multi-Domain Training and Experimentation Capability, or PMTEC, the initiative would link training ranges across the Western Pacific from South Korea to Australia. The plan specifically calls for a network of training ranges where joint and coalition forces can train together on the digitally enabled operational concepts that will dominate the future battlefield.

Coordinating training with allies and partners has been a perennial challenge in the Asia-Pacific region. The tyranny of distance in the Western Pacific increases the expense and difficulty of combined training efforts, reducing opportunities collaboration, confining exercises to specific times of the year and reducing the value of such events. Although large, infrequent exercises may have served a purpose in the past, the urgent need for change today calls for a different approach where U.S. and allied military forces train and experiment together more closely and more frequently.

Australia-U.S. military collaboration is a case in point. Australia’s Northern Territory is home to one of the largest training ranges operated by any U.S. ally anywhere in the world at Bradshaw Field Training Area as well as the Delamere Air Weapons Range. PMTEC holds the opportunity to allow American and Australian forces to train and experiment together both physically and virtually.

Imagine the U.S. Navy and Marine Corps conducting distributed maritime operations, littoral operations in contested environments and expeditionary advanced base operations; and imagine the U.S. Army practicing multidomain operations under realistic conditions across the Western Pacific side-by-side with America’s allies. Opportunities abound, for example, to train with and against unmanned systems, develop innovative manned-unmanned teaming concepts, and refine the employment of artificial intelligence in battle. Australian pilots flying over Bradshaw could train with U.S. aviators operating from the Joint Pacific Alaska Range Complex, communicating and sharing situational awareness in real time as if they were on the same training range.

Such an approach could multiply training opportunities, allowing more American service members the opportunity to gain valuable experience working directly with allies — even allies they may never have trained with before as ranges in Japan and South Korea are brought into the PMTEC network.

The United States invested in an impressive array of training and experimentation facilities for the Cold War to include Fort Irwin and Twentynine Palms in California. Technology and tactics have evolved since the end of the Cold War, and it’s time training evolved as well. The demands of 21st century coalition warfare require an integrated, allied approach if the United States and its partners are to be prepared for a dangerous and uncertain future.

Coronavirus has affected the way mothers nurse their babies

Scientists crack ‘the Brazil-nut’ puzzle, how do…