Bookies Revise Previous 50-50 Odds, Incline Towards Trump Over Biden in US Elections Betting 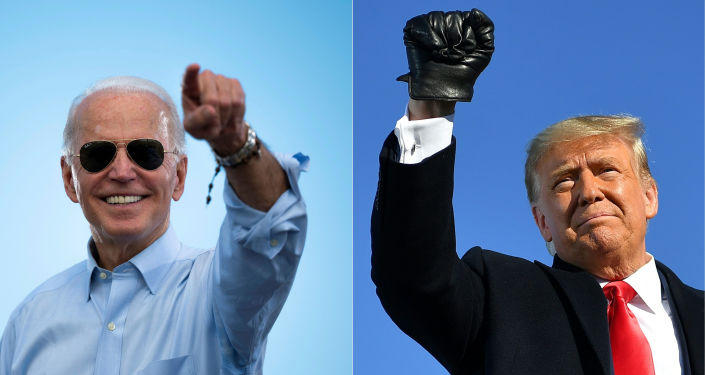 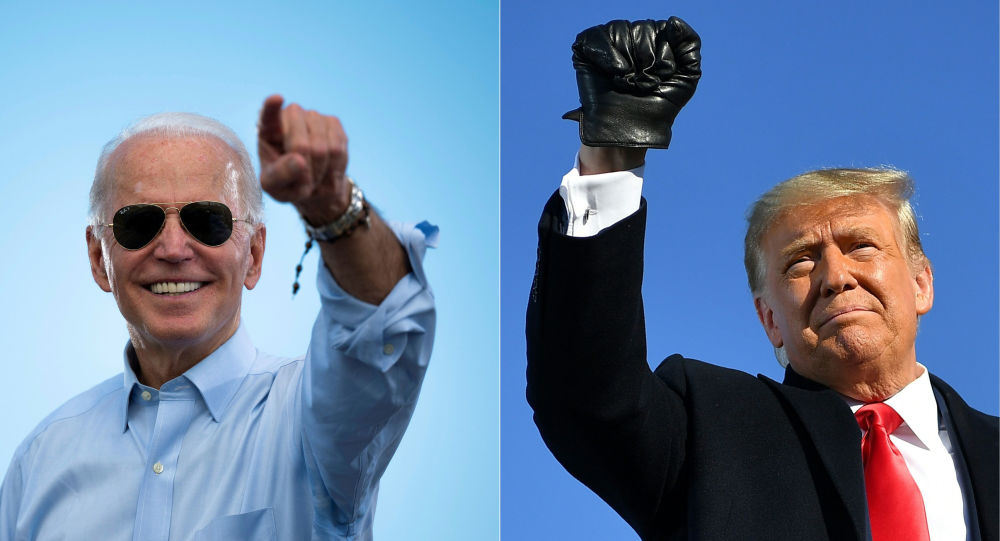 Heading into the elections, polls suggested Donald Trump’s Democratic presidential challenger Joe Biden was ahead in a number of critical swing states, as a record-breaking over 96 million early votes were cast due to the coronavirus pandemic, according to the US Elections Project.

As Election Night proceeds across the US, President Donald Trump has shifted from his position of underdog to surging ahead of his Democratic rival Joe Biden to become the betting favorite to win, according to OddsShark.

Donald Trump has moved all the way up to being the -600 favorite (85.71% implied odds) at Bovada to win the 2020 US Presidential Election. #ElectionNight #Elections2020

​For the first time since 2 September, betting markets are inclined to favour the current incumbent, who had been trailing Biden in a majority of polls ahead of the 3 November elections in the US.

Donald Trump is the betting favorite to win the 2020 US Presidential Election for the first time since September 2nd. #ElectionDay

​While earlier chart predictions suggested that Joe Biden was solidly ahead, Smarkets were already giving Trump and Biden 50-50 odds of claiming victory on 4 September.

​Trump saw his odds improve as early vote counts from the swing state of Florida suggested it was leaning his way.

The President has since won Florida, according to AP, and its 29 electoral votes, the biggest prize among the perennial ‘battleground states’ deemed crucial to his reelection hopes.

The Republican incumbent has also won Texas with its 38 electoral votes.

Trump is also leading Biden in Nevada 70.6-26.7 percent with 2 percent of the votes counted, according to Fox News.

Currently, Joe Biden leads with 223 electoral votes under his belt out of 270 needed to claim the presidency, while Donald Trump has garnered 212 Electoral College votes.

The final results from battleground state of Michigan are reported to likely not be available until Wednesday evening, as Michigan Secretary of State Jocelyn Benson told a news conference she expected the full unofficial tabulation of the battleground state’s votes to be complete in the following 24 hours. Pennsylvania was also reported not to produce a result until later.

The current US elections are record-breaking for the number of early ballots, as over 96 million early votes were cast either by mail or via in-person voting, representing almost 70 percent of the total number of votes recorded in 2016, according to the US Elections Project.

Nearly 60 million of the early votes were submitted by mail amidst the current coronavirus pandemic.

US Election 2020: Results and exit poll in maps and charts

Donald Trump Hasn’t Won Anything Yet