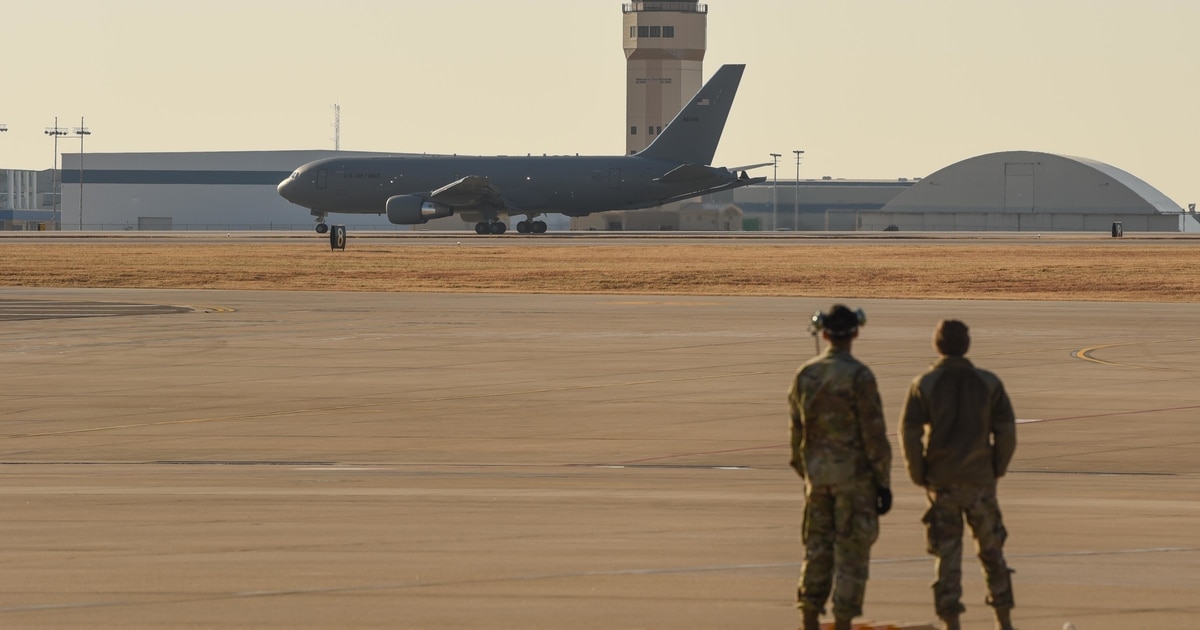 WASHINGTON — Boeing reported another $67 million charge on the KC-46 tanker program in third-quarter earnings disclosed Oct. 28, capping off a difficult quarter defined by continued hardships on its commercial side.

The increase in KC-46 costs was “due to continued COVID-19 disruptions and productivity inefficiencies,” Boeing’s chief financial officer, Greg Smith, told investors during an earnings call.

However, Boeing CEO Dave Calhoun expressed confidence that the program would turn the corner in 2021 and become profitable for the company.

“The tanker has been a drag on us for three or four years in every way you can think of with respect to investors,” he said. “But we are continuing to clear the hurdle with our customers with respect to its performance in their fleet and their need for that tanker.

“That whole relationship, I believe, will begin to transition next year, and opposed to being a drag on our franchise — which it’s been — I believe it will become a strength in our franchise.”

Previous charges on the KC-46 program amount to about $4.7 billion — almost equal to the $4.9 billion sum of the company’s firm fixed-price contract with the U.S. Air Force, which it signed in 2011.

In July, a $151 million charge was attributed to the decline in commercial plane production driven by the COVID-19 pandemic. That slowdown has made it more expensive to produce commercial derivative planes like the KC-46, which is based on the Boeing 767 and made on the same production line in Everett, Washington.

Overall, defense revenues slightly decreased to $6.8 billion “primarily due to derivative aircraft award timing,” the company said in a news release. But that impact paled in comparison to Boeing’s commercial business, where revenues dropped from $8.2 billion in 2019 to $3.6 billion in 2020.

As a result of those continued difficulties, the company plans to lay off an additional 7,000 workers by the end of 2021, Calhoun announced. At that point, Boeing’s workforce will have been cut by almost 20 percent, down from 161,000 earlier this year to about 130,000 employees.

Smith characterized 2020 has a “year of transition” for defense programs like the MQ-25, T-7 trainer and the Air Force One replacement, which are in development. Once those programs move into production, Boeing expects to see “modest growth,” he said.

But Calhoun added that global defense spending is unlikely to greatly increase in the coming years, meaning that growth in Boeing’s defense portfolio will be limited.

“In fact, we believe there will be pressure on defense spending as a result of all the COVID-related spending that of course governments around the world have been experiencing,” he said. “I don’t think we’re looking at that world through rose-colored glasses. I expect real pressure on that market.”