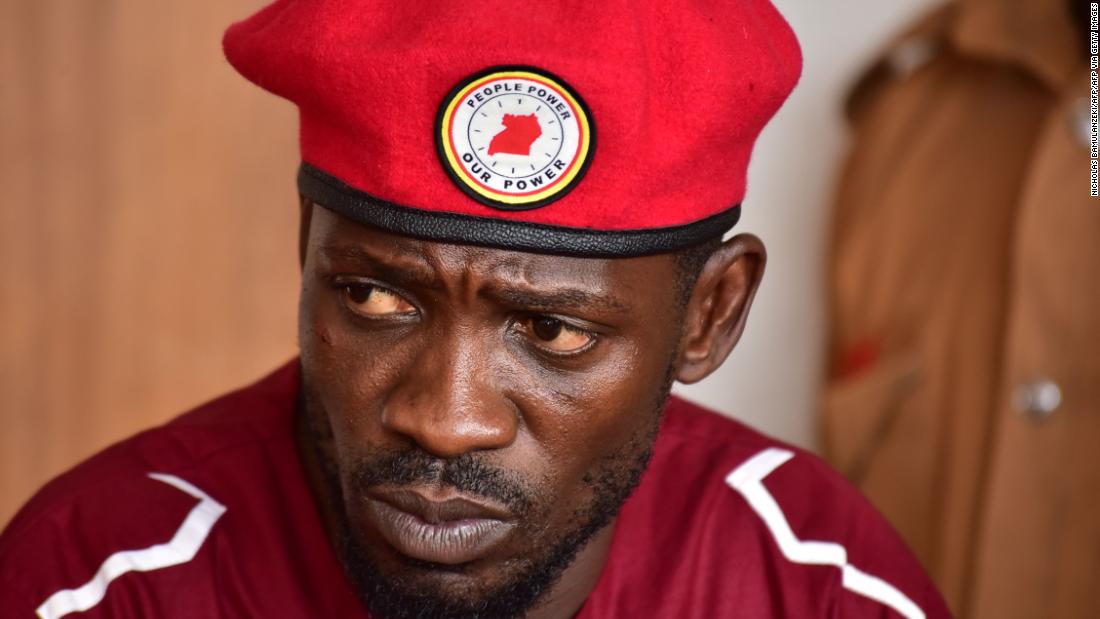 41
Share
Wine, 38, a musician turned politician whose real name is Robert Kyagulanyi, aims to end Yoweri Museveni’s more than a third of a century in power, which makes him Africa’s third longest-ruling president. Elections are scheduled for February next year.

“They (police) used a hammer and broke the windows of his vehicle and forcefully dragged him out … they bundled him into their own vehicle and took off,” Joel Senyonyi, spokesman for the National Unity Party, said, adding he did not know why Wine was arrested.

Wine’s official twitter account said he was “violently arrested” outside the nomination venue and has been “brutalised by police and military.”

Police spokesman Luke Owoyesigire said he had yet to receive a briefing on the arrest and promised to comment later.

Wine’s youthful age and his music have earned him a large following in the relatively young country of 42 million, rattling the ruling National Resistance Movement party and drawing a security crackdown on his supporters.

In a speech after being cleared to run for president but before he was arrested, Wine said he aimed to “save Museveni from himself”.

“To you Mr Museveni, since you have failed to control your greed and lust for power, our generation is determined to save you from yourself and stop your 35-year-old dictatorship,” he said.

Don Wanyama, Museveni’s spokesman, did not respond to a Reuters call for a comment, nor immediately respond to messages sent to his phone.

Wine has been arrested and charged multiple times before over protests by Ugandan authorities, who claim they could disrupt public order.

Wine grew up in a slum near the centre of the capital Kampala where he also has his recording studios and party offices.

He said being “born hustling and born to hustling parents, raised in the ghettos” meant he could understand the struggles of ordinary Ugandans.

Since Wine expressed his presidential ambitions, police and the military have repeatedly dispersed his rallies, and beaten and detained his supporters.

Museveni was cleared to run in the elections on Monday.

Internet blimps are coming to Zanzibar. But can a UK company succeed where Google…