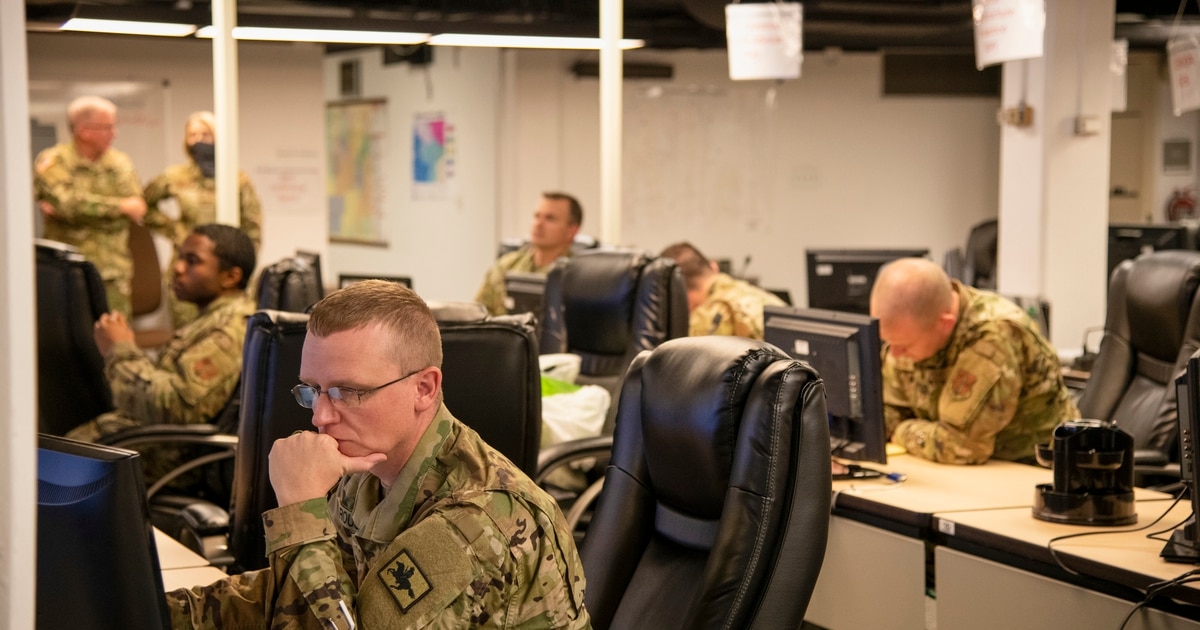 WASHINGTON — A bill introduced this week in the House seeks to bolster the National Guard’s ability to respond to cyber threats, including critical infrastructure attacks in their states.

The National Guard Cybersecurity Support Act, introduced by Rep. Andy Kim, D-New Jersey, and Rep. Joe Wilson, R-South Carolina, would give governors the ability to decide when and how to deploy their state’s National Guard to stand off against increasing cyberattacks that could impact various agencies and services, such a water supplies or the electrical grid.

While administered through the Department of Defense, National Guard forces are assigned to state governments for missions such as disaster response and riot control. However, these troops can be federalized — or brought under the control of the U.S. government — to augment active-duty forces under the Title 10 law of U.S. Code. As such, the Guard possesses its own cadre of defensive cyber teams to respond to suspicious network activity and defend systems from malicious actors

DoD issued policy memorandums to provide guidance on the use of Guard personnel and equipment for state and local governments’ critical infrastructure. But sometimes that guidance could be unclear, especially within the digital realm as cyber threats are on the rise.

This bill is the companion to a Senate version, recently introduced by Sen. Maggie Hassan, D-N.H., and Sen. John Cornyn, R-Texas, that would clarify that the Guard can conduct cyber operations to protect vital infrastructure within states.

“Being ready to tackle the next generation of cyber threats requires a defense that can move quickly and decisively. Right now, our governors can’t act with the speed they need to keep our neighbors safe,” Kim said.

“Last year, the Bluffton Township Fire District and Jasper County [South Carolina] were the victims of ransomware attacks, which are increasing nationwide. This legislation clarifies existing law to ensure bureaucratic red-tape never stands in the way of our National Guard responding to the interests of South Carolinians,” Wilson said.

The Guard has been an important resource for governors to address states’ cyber issues, from responding to ransomware to securing elections from cyber threats to assisting active-duty cyber warriors.