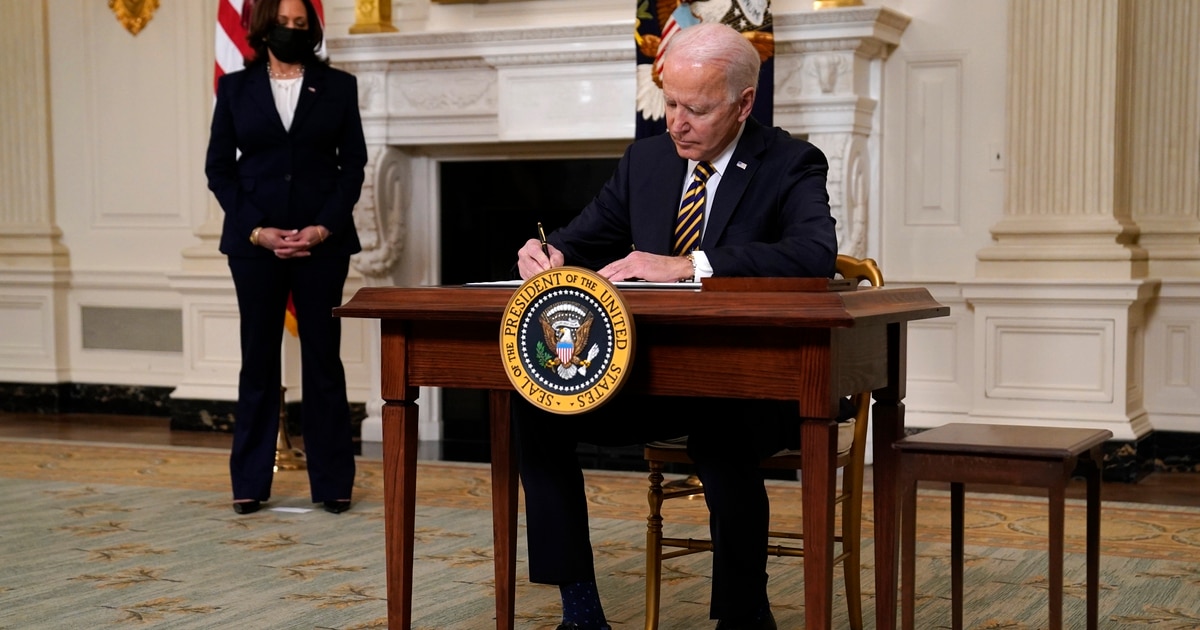 WASHINGTON — U.S. President Joe Biden on Friday signaled support to replace decades-old authorizations for the use of military force in the Middle East, a little more than a week after he relied on the authorizations to carry out retaliatory airstrikes against an Iranian-backed militia in eastern Syria.

The Biden administration announced its position after a bipartisan bill was introduced earlier this week that would repeal the 1991 and 2002 authorizations for the wars in Iraq that presidents from both parties have relied on for legal justification to carry out strikes in the region.

White House press secretary Jen Psaki said Biden was committed to working with Congress to “ensure that the authorizations for the use of military force currently on the books are replaced with a narrow and specific framework that will ensure we can protect Americans from terrorist threats while ending the forever wars.”

Biden spurred bipartisan backlash last week after he ordered the strikes against facilities used by Kataib Hezbollah. The strikes were in response to a rocket attack earlier in February targeting U.S. troops and civilian personnel in northern Iraq without first seeking congressional approval. The U.S. has blamed the militia for numerous attacks targeting U.S. personnel and interests in Iraq in the past.

Sen. Tim Kaine, a lead sponsor of the bill, said the reliance on the decades old authorizations for use of military force “serve no operational purpose, keep us on permanent war footing, and undermine the sovereignty of Iraq.”

“Last week’s airstrikes in Syria show that the Executive Branch, regardless of party, will continue to stretch its war powers,” said Kaine, a Virginia Democrat.

Administration officials defended the airstrikes as legal and appropriate, saying they took out facilities that housed valuable “capabilities” used by Iranian-backed militia groups to attack American and allied forces in Iraq.

But several leading members of Congress, including members in Biden’s own party, denounced the strikes — the first military action he has authorized. Kaine and others argued offensive military action without congressional approval is not constitutional absent extraordinary circumstances.

The White House signaled support to replace the authorizations even as it warned the U.S. may consider military action following a rocket attack earlier this week that hit an air base in western Iraq where American and coalition troops are housed. A U.S. contractor died after at least 10 rockets slammed into the base early Wednesday.

“If we assess further response is warranted, we will take action again in a manner and time of our choosing,” Psaki said.

Some Xbox controllers are reportedly failing to respond to button presses