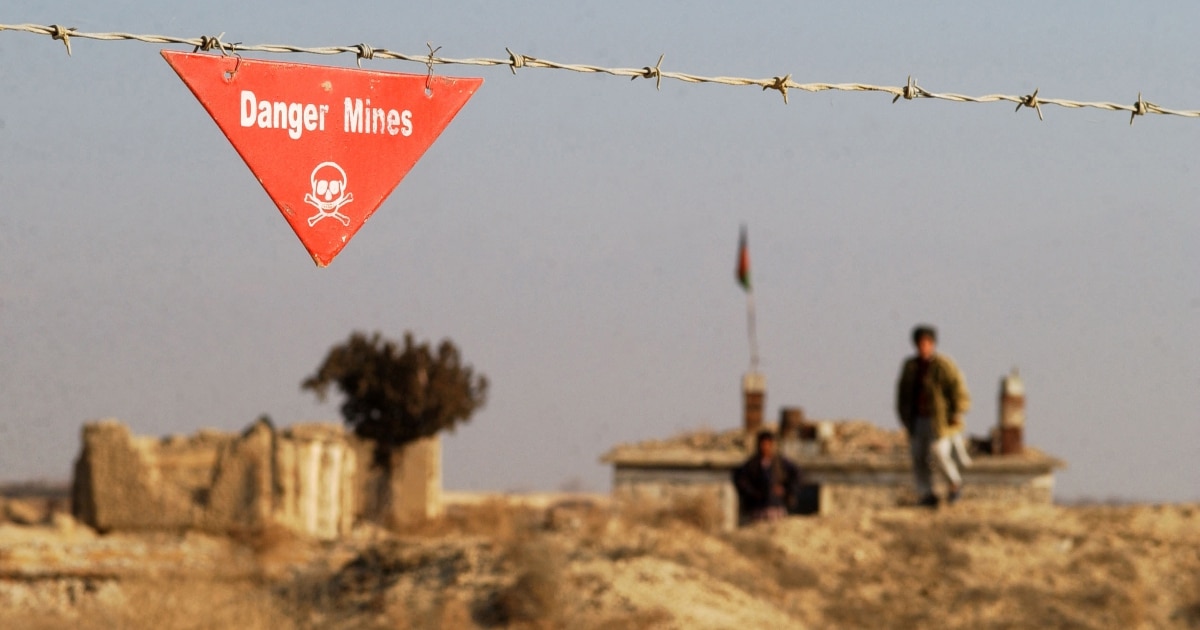 In his first speech upon being declared the president-elect, Joe Biden flagged making “America respected around the world again” among top-line priorities. Doing so must include putting the United States in alignment with its allies and an increasing global consensus on weapons use. Much of the agenda for doing so is advanced by redefining security as based on human needs — a necessity made more clear each day by a global pandemic for which kinetic weapons provide no defense.

Fortunately, the “humanitarian disarmament” approach provides a good framework and blueprint. More than 250 civil society organizations have signed a global letter laying out how a focus on weapons use-related prevention and remediation can be helpful in moving to a better post-pandemic world. Within this framework are existing treaties recognizing that certain weapons are indiscriminate and should no longer be used because of the human suffering they cause.

Biden can start with the Mine Ban Treaty. Early this year, the Trump administration revised U.S. antipersonnel landmine policy to consider using those weapons anywhere in the world. As a candidate, Biden indicated he would return to the earlier Obama-Biden approach, which instead set the goal of eventual U.S. accession to the treaty.

He should go further and simply recognize that these weapons already have no place in the U.S. arsenal. We have neither used them since 1991 (aside from one incident in 2002), exported them since 1992, nor produced them since 1997. All our NATO allies and a total of 164 countries have foresworn their use via joining the treaty.

Similarly, a total of 110 countries — among them the vast majority of our NATO allies — are now party to the Convention on Cluster Munitions, which bans these namesake weapons that are currently used to international outcry in harming civilians in Nagorno-Karabakh. The last significant U.S. use of cluster munitions was in 2003 (aside from a single attack in 2009). It’s time to recognize these too have no place in our arsenal.

Biden could and should be particularly bold on the weapon that has a history of non-use in conflict since 1945, whose sustainment cost over the next three decades could run into the trillions of dollars, and for which any use would have devastating humanitarian consequences: nuclear weapons.

The United States has been actively discouraging countries from supporting the Treaty on the Prohibition on Nuclear Weapons, which will enter into force just two days after Biden’s inauguration. By instead welcoming the treaty, he could demonstrate that American exceptionalism is not made by its willingness to use any weapon at its disposal, but by recognizing restraint from doing so.

Biden should also quickly work to reverse the damage the Trump administration has caused to the promotion of more responsibility in weapons transfers by undoing the U.S. “unsigning” of the Arms Trade Treaty. Like other treaties within the humanitarian disarmament framework, the ATT takes human harm caused by weapons as a central pillar in making decisions and has the support of nearly all NATO allies, among 110 total states parties. It was negotiated and signed by the Obama administration, and its ratification is a plank of the 2020 Democratic platform.

But Trump rejected it at a National Rifle Convention event in 2019. Biden’s reversal and then active promotion of Senate ratification would not just be important internationally, but also show he is serious about countering efforts to improperly use the Second Amendment as a barrier to gun violence prevention and social justice goals.

Additionally, a Biden administration should support ongoing efforts to create new norms related to the use of weapons in cities as well as the development of lethal, autonomous weapons (aka killer robots). Over the past few years, the U.S. has participated in a growing international discussion on creating a political declaration to address the humanitarian harm arising from the use of explosive weapons in populated areas, but has thus far rejected the need for such a statement.

The destruction of civilian centers in Iraq and Syria during U.S.-supported counter-ISIS offensives and subsequent suffering has, however, made obvious the need to do more. As leaders of this process move ahead in 2021, the Biden administration should join them rather than oppose creating a strengthened international norm.

Biden also should act to make sure that rapidly developing advances in autonomy do not result in new arms races involving lethal weapons that do not have meaningful human control. Thirty countries have now indicated their desire to see a treaty prohibiting such weapons, but again the U.S. has argued against the need for such an agreement banning killing robots.

Writ large, Joe Biden will take office at a moment when U.S. leadership can be crucial in setting and supporting the understanding that some weapons simply should not be, and others must be used and traded much more responsibly in order to prevent further human suffering.

Jeff Abramson is a senior fellow at the Arms Control Association.